Everyone who swooned over Noah Centineo’s dimpled grin as his Peter Kavinsky slowly, steadily, and adorably fell in love with Lana Condor’s Lara Jean Covey, there’s some brilliant news for you! Netflix has officially greenlit a sequel. And fear not, defying earlier rumours that there might be some casting re-arrangements in the sequel if it were to happen, Noah and Lara are very much going to be reprising their roles as the dreamy couple we like to ship as Covinsky!

Directed by Susan Johnson and based on Jenny Han’s book of the same name, To All the Boys I’ve Loved Before has become the millennial teen romance anthem. The template is still the same as the classics we adored growing up, but of course, there has been a progressive upgrade to the story. While it is the woman who calls the shot in the romance, the protagonist also happens to be a Korean-American teen who has oodles of self-respect and doesn’t need a man’s approval to value herself. The man, or boy, in question is a respectful dreamboat and did we mention he is cute AF?

This is team #ToAllTheBoys Christmas gift to us and we couldn’t have for more.

Keeping in theme of the film, Netflix chose to announce the news by writing a letter to us, 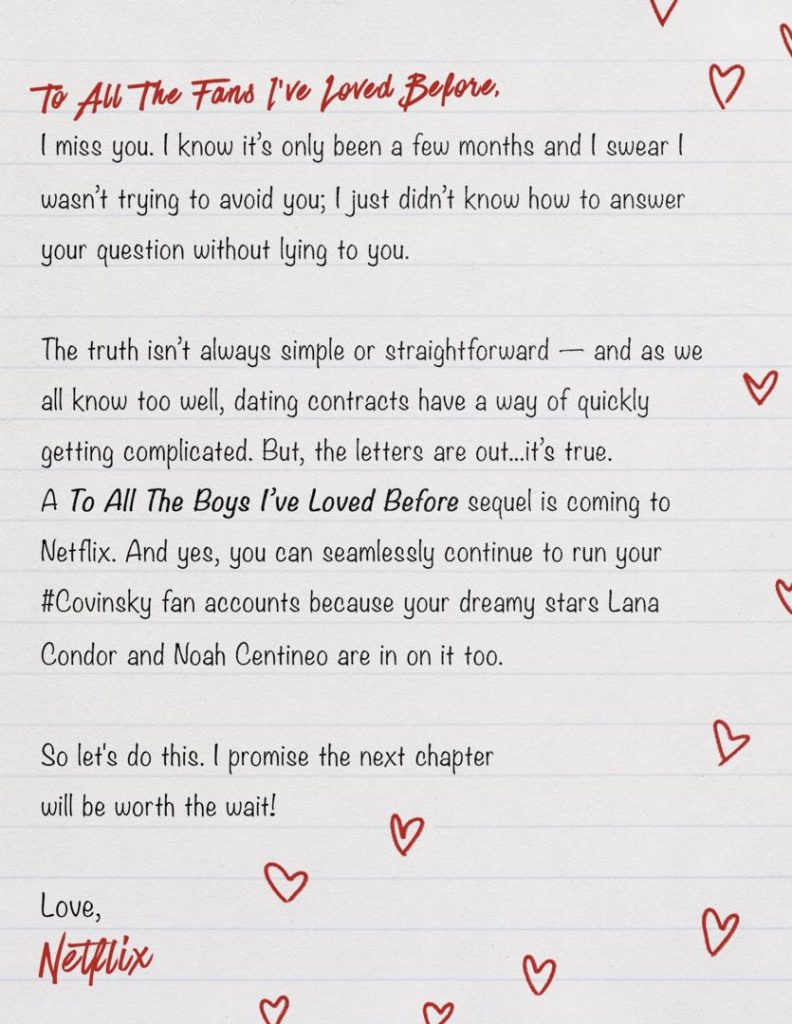 “To All The Fans I’ve Loved Before, I miss you. I know it’s only been a few months and I swear I wasn’t trying to avoid you; I just didn’t know how to answer your question without lying to you,” the letter began.
The letter continued, “The truth isn’t always simple or straightforward—and as we all know too well, dating contracts have a way of quickly getting complicated. But, the letters are out…it’s true. A To All The Boys I’ve Loved Before sequel is coming to Netflix. And yes, you can seamlessly continue to tun your #Covinsky fan accounts…” 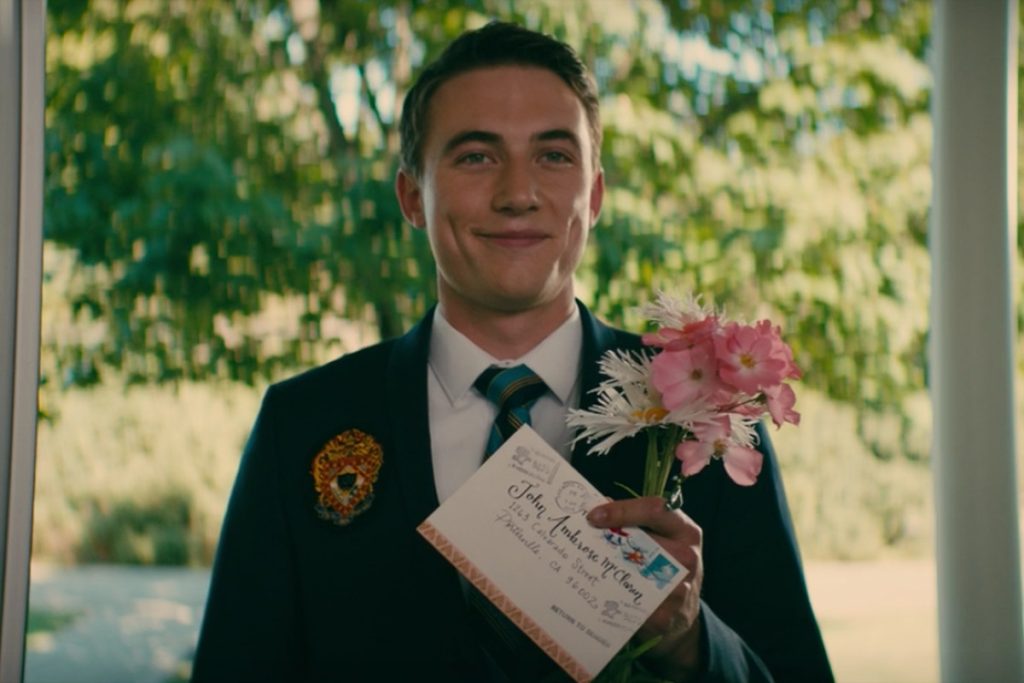 A new actor will be joining the main cast to play the character of John Ambrose McLaren, one of the boys Lara Jean wrote to, the one she met at Model UN as kids. Twitter is going crazy trying to figure out who it is. Teen heartthrob Cole Sprouse is one of the most popular contenders. We can’t wait to find out who it is for real. You guys have any guesses?