The movie world isn’t a fair place. And clearly life isn’t either. *points at a Trump tweet*

Had Bollywood been any more unfair, Salman Khan’s pecs would win at Zee Cine Awards for doing a better job than the actor’s permanent scowl in Tiger Zinda Hai. And a movie like Bornila Chatterjee’s The Hungry wouldn’t release directly on a streaming service, without getting a theatrical release first. The film is an adaptation of William Shakespeare’s Titus Andronicus, widely considered the bard’s most violent work. It is far from the best film I’ve seen recently, but a film adorned with stunning individual performances, a pair that really struck me in it was that of Naseeruddin Shah and Neeraj Kabi’s. Their brilliant dynamic was something the film might have wished for. 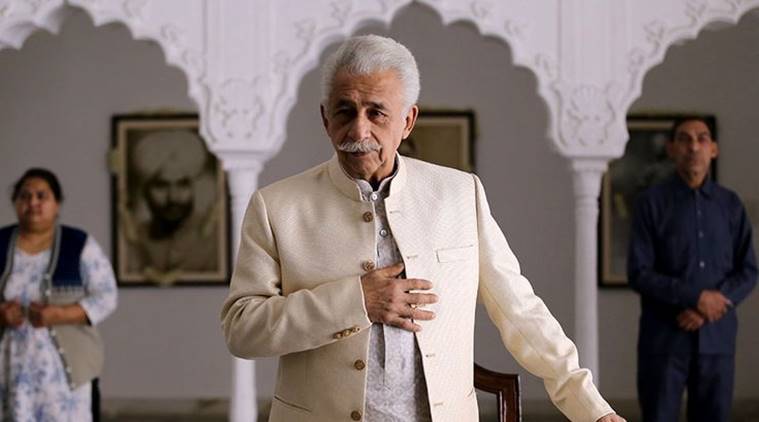 Their deep baritones, their rich theatre experience and their near-perfect diction – it’s easy to mistake them as the same actor at different stages of his career. And that’s why one hopes Kabi doesn’t end up with Naseeruddin Shah’s regrets, at the end of his acting career which many hope would be a long and a glorious one. Something that Kabi hopes for himself too.

It’s not just about eating your food, paying your rent and looking after my family – that’s definitely there, but that’s the most cliched way to live if it’s only about putting food on the table. For me a long-lasting career is more important. The choices I make…is because I want to survive. I gauge and I choose every project that I want to do, simply because I want to last for a longer period,

Kabi said in a telephonic interview. 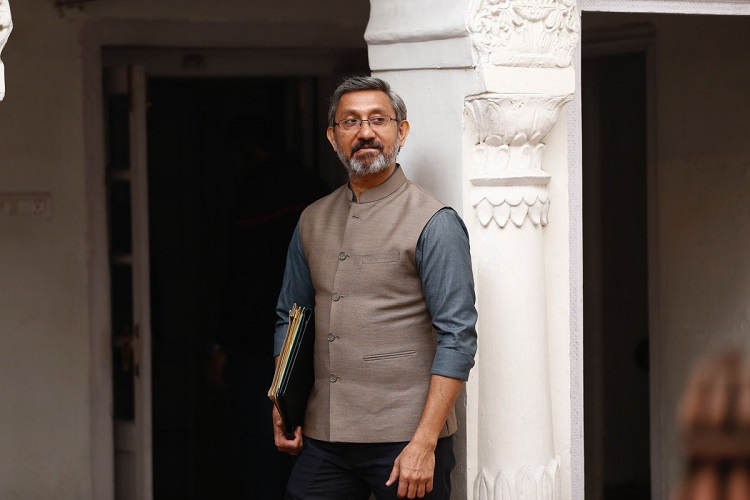 He plays the role of Arun Kumar in The Hungry, the Indian equivalent of Game of Thrones’ Petyr Baelish. He’s the fixer standing behind the curtains – someone who advises the crown and also tries to usurp it for himself. Kabi is an interesting choice for a character like this, considering his own opacity as an actor. Even Kabi’s role in the recent Monsoon Shootout, the actor plays three versions of Inspector Khan without ever giving us a real sense of his character’s moral stance. Quite unlike his transparent junior (played by Vijay Varma), Kabi revels in the complexities of the situations.

ALSO READ: ‘Monsoon Shootout’ has Nawazuddin Siddiqui playing an all-out meanie yet again, but is still worth a watch

ALSO READ: Why Bornila Chatterjee’s The Hungry might be one of the most violent adaptations of Shakespeare ever

He shot to prominence playing the character of an ailing Jain monk, Maitreya, in Anand Gandhi’s Ship of Theseus. But he isn’t just your average mantra-spouting monk, Maitreya is rational, clinical in his arguments and stubborn. And therefore his refusal to treat his liver cirrosis is frustrating-yet-understandable. Just like Maitreya, Kabi seems like the kind of guy who would die for his values. And that reflects in the way he didn’t take up any of the ‘sub-par’ work offered to him after his national-award winning debut in 1997 (in AK Bir’s The Last Vision).

That was the time when I got disillusioned and I took up theatre very seriously. And I just somehow subconsciously cut myself out of the industry, I didn’t want to do it anymore…considering the work that was happening and that was being offered to me,

What was his first reaction like, when his phone rang after nearly a decade and Anand Gandhi offered him Ship of Theseus?

It started off as a no-no, because Anand introduced himself as someone who had written a TV show (Gandhi wrote the first 22 episodes of Kyunki Saans Bhi Kabhi Bahu Thi) and I hung up on him. He called another day and asked me not to gauge him by what he had written, but by what he was offering me. Once I met him in person, the thing took off. The material excited me as an actor, the physical transformation was challenging and there was little money involved – these were the multiple indicators which told me this was an opportunity I had to dive into.

As we all know, the film took a lot out of Kabi as he played the role of Maitreya, starving himself to the point where his rib-cage was visible.

If the transformation ends with you getting a six-pack, then it’s picnic. Going to the gym and eating food for a toned-up body…it’s fun. But then when you shrink your body, it’s painful. Either that or when you become obese, it takes a lot out of you. For us actors – our body and our voice are the only instruments we have. And when you transform your body for a character, it definitely affects the mind and the soul of the character. Transformation just for the sake of looking good, shouldn’t be glorified. 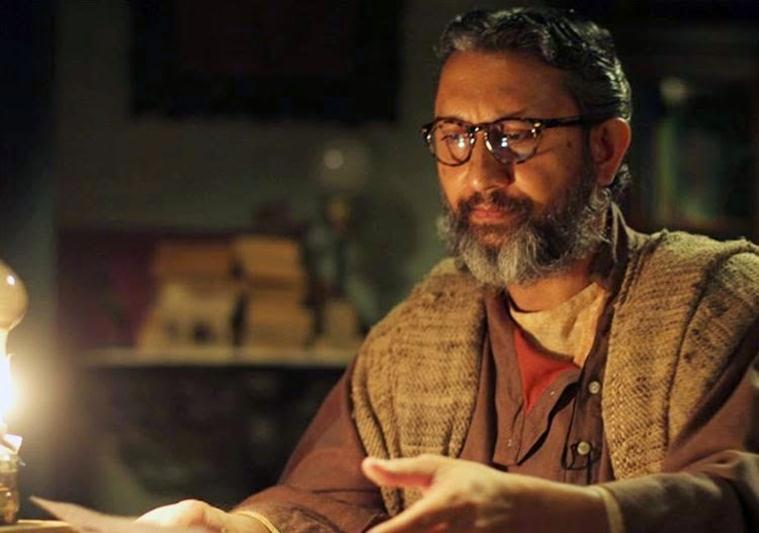 In one of my favourite scenes from The Hungry, Kabi meets Naseeruddin Shah in a kitchen. I couldn’t help but be reminded of the iconic diner exchange between Al Pacino and Robert De Niro in Michael Mann’s Heat. The cumulative talent on screen was overwhelming enough to make me pause the video and take a screenshot of the two actors, facing each other. Something just fit about that scene, they seemed like worthy adversaries. When asked about that scene Kabi couldn’t stop gushing about his ‘icon’ – Mr. Shah.

I saw Masoom when I was in the 9th standard, and his performance really hit me. I hadn’t seen something so real and relatable on screen. Mr. Shah, barring a few actors like Pankaj Kapur sahab, Om Puri sahab, is the only actor I have a deep reverence for in my heart. The first day he met me, he responded to my hello by asking me for my number. He said he had seen my work in Ship of Theseus and Byomkesh Bakshy, and he really liked it. That was a fabulous realisation, finding out the person you looked up to, liked your work. And I think that’s what made me a little more comfortable to deliver my lines in front of him.

Kabi sounds oddly idealistic and self-important when he talks about his work as an artist granting ‘life experiences’ to the audience for the price of Rs 200. When asked if he would ever star in an ‘entertainer’ he says,

We’ve been given these 2 hours as artists, and what do we do to the audience that comes to look at us? Paying a minimal amount of money for the experience of a lifetime that we are giving them. That’s not the value we deserve, the 200 bucks that they pay for a ticket. What they take back is worth millions – lives change, one’s perspective on things change. Something has to touch the audience, that is the job I believe we’re performing.

He’s here to deliver the entertainment that not only makes the audience laugh but also that leaves them with a profound feeling. “Like Chaplin”, he says something hardly anyone can disagree with. 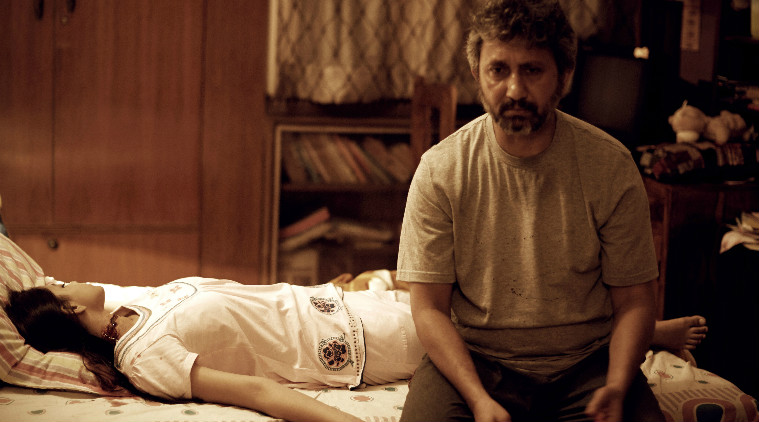 A part of me wants to shake Neeraj Kabi out of his Utopian values and ask him to smell the coffee. But the assurance in his voice, and his meticulous choice of words quite clearly indicates that the man has had these conversations with himself. And he can say it with the conviction that he does, because he’s merely repeating himself out loud, something he has already told his inner self. Here’s a man who has chosen excellence over being seen by a large number of the audience. And in all probability, there will be many who will live their lives without discovering the specimen that Neeraj Kabi is on screen.