The eighth edition of the celebrity dance reality show is already a talk of the town. Right from the stellar performances by contestants Divyanka Tripathi-Vivek Dahiyam, Dipika Kakar-Shoaib Ibrahim to judge Sonakshi Sinha’s stunning avatar, people are keen to know about the who’s who of the show.

The grand premier of the show took place in Mumbai on 2 April and witnessed the sizzling on-screen chemistry between the couples. Surprisingly, Shoaib Ibrahim and Dipika Kakar also got their first standing ovation for their rocking performance.

With the superb first episode of the show, the viewers are now expecting much from its next episode. So keeping our audience in mind, here we bring to you a little update about Sonakshi Sinha. The Dabangg actor who replaced Preity Zinta from the eighth season of the show, shared her photograph  from the sets. On her Instagram wall, she wrote: Sparkling on the 2nd episode of #NachBaliye8!

Also Read: Nach Baliye 8: Upasana Singh to host the show with Karan Tacker from next episode

In the picture, she is seen posing in Yousef Al-Jasmi’s glittery outfit. And with this picture, we must say that she is all set to add some glamour quotient with her presence on the second episode. She has been styled by Mohit Rai. Check out the some of the pictures here. 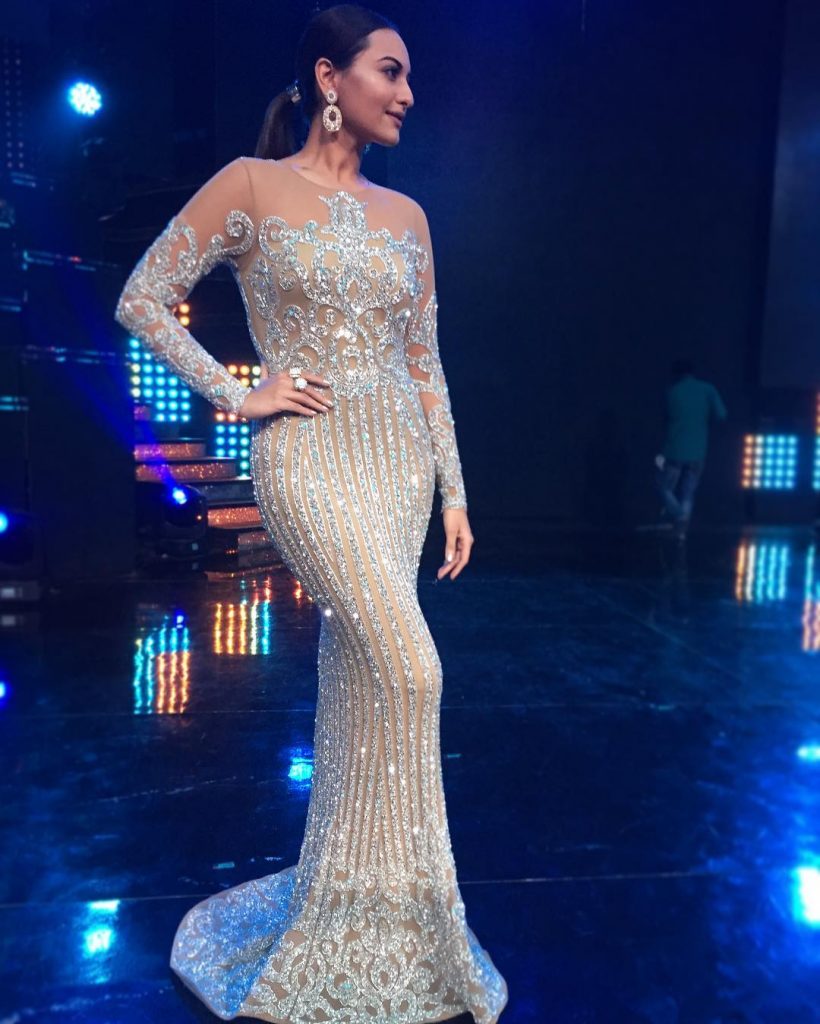 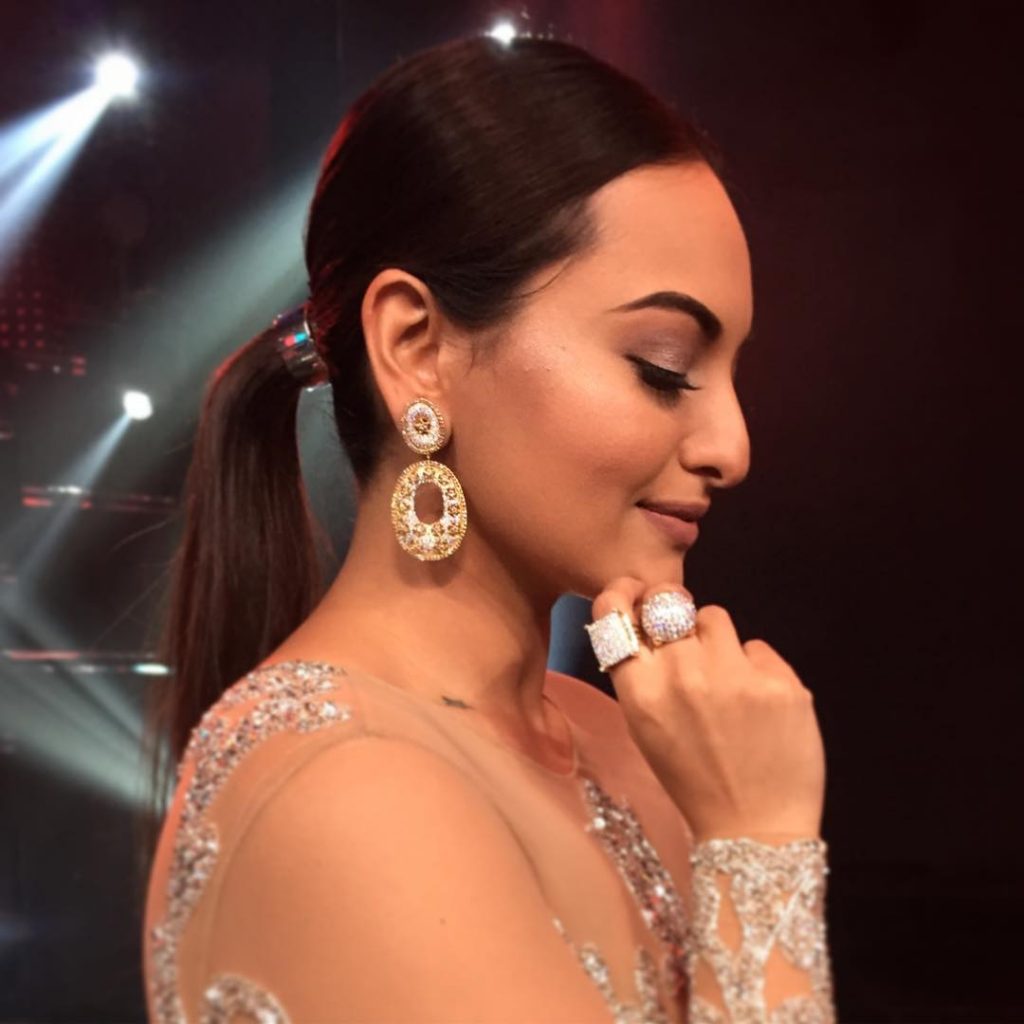 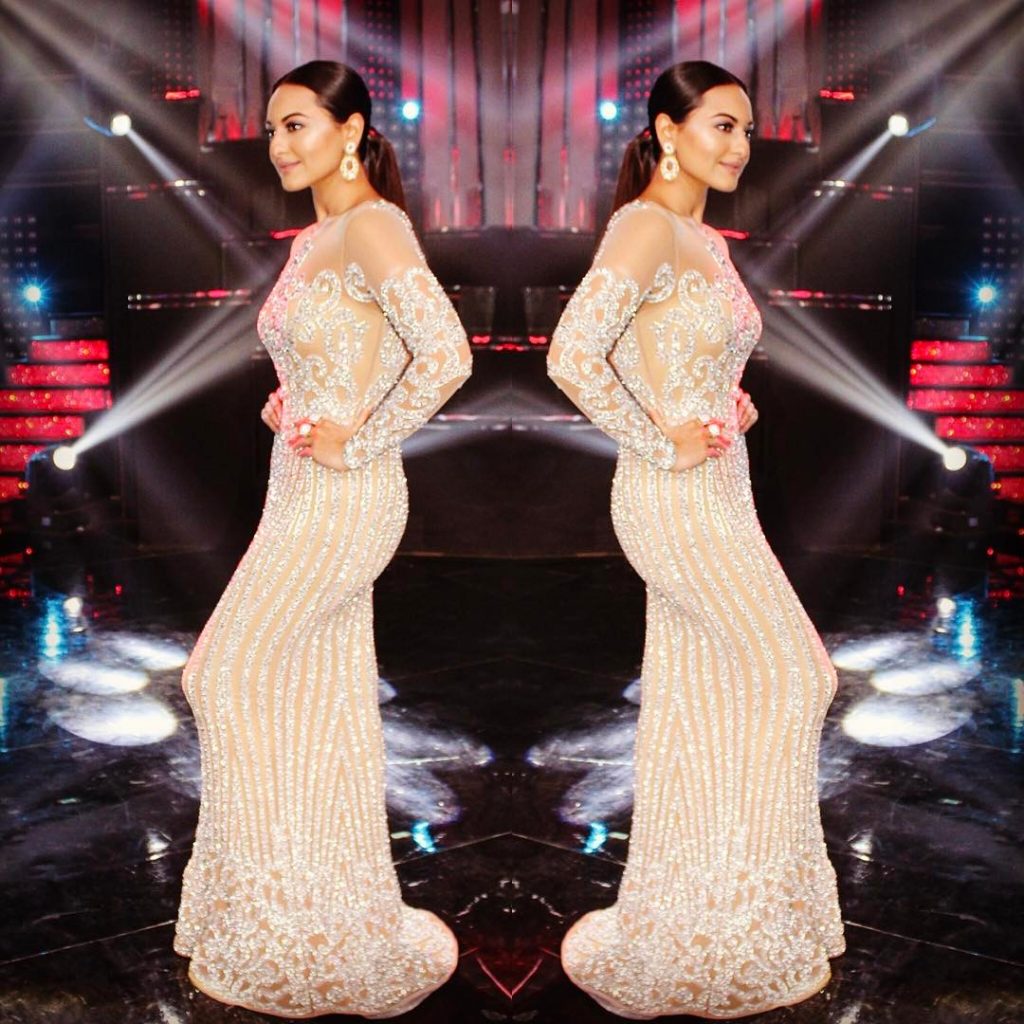 This season of Nach Baliye has celebrity contestants like Mona Lisa-Vikrant Singh Rajpoot, Vikkas Manktala-Gunjan Walia and Bharti Singh-Harsh Limbachiyaa among others. Besides Sonakshi, filmmaker Mohit Suri and choreographer Terence Lewis are the other judges.

Currently, Sonakshi is gearing up for her next film Noor. She will be seen essaying the role of a journalist who wants to cover a real life incident but is forced to go for a celebrity’s interview. The film also features Purab Kohli and Kanan Gill in key roles. It is scheduled for April 21 release.