Only two female composers have seen relative degrees of success in mainstream Bollywood between 1959 and Mukkabaaz – Usha Khanna and Sneha Khanwalkar. In that respect, Rachita Arora is the equivalent to unicorn’s blood for Bollywood music. Has she faced any kind of discrimination or condescension?

I mean of course it’s happened a couple of times, but I guess it has to do with the fact that you’re new, and they don’t trust you. But then with the grace of the almighty I’ve met some really good musicians.

Arora’s only other contemporary Khanwalkar, hasn’t composed for a mainstream Bollywood film since Detective Byomkesh Bakshy in April, 2015. Apart from a song in Singh Is Bling or a sidey animated movie about Hanuman.

It’s only fitting that one of Arora’s earlier works was a song called Chal Tu Apna Kaam Kar in Amit Masurkar’s Newton.

I would rather work on my skills and become better at my job rather than cry and die because of no work. The primary goal behind moving to Mumbai was to grow as a musician, to compose songs. Bollywood was just one of the platforms to showcase my work. I wanted to expand my horizons.

said the composer, currently basking in the adulation for her work in Anurag Kashyap’s Mukkabaaz. Being a sports movie, the workout song (Nucleya’s Paintra) was always going to get more recognition. And yet many were surprised with the sheer variety on offer in the Mukkabaaz soundtrack.

Kashyap is known for his bold choice of music – whether it was roping in Indian Ocean for Black Friday, Amit Trivedi’s big-daddy fusion soundtrack in Dev D or insisting on jazz for Bombay Velvet. So, it’s hardly surprising to see him provide this platform to Arora. And boy, does she shine! Whether it is the angst-ridden Haathapai which opens the way in the film’s first 10 minutes, or the genius satire of Chhipkali – a sneaky metaphor for the ‘system’ and its bureaucrats. She inherits Hussain Haidry’s fantastic words and dresses it up with a vintage-sounding melody, sung competently by Vijay Arora . Mukkabaaz’s music is the adrenaline Bollywood needed, after the crisis of a year that was 2017.

I spent a year composing music for theatre, when I met Makarand Deshpandeji at Prithvi (Theatre, Juhu). He took me to the rehearsal room and asked me to compose a tune for him. He loved my voice and the song so much, that he immediately texted Anurag sir asking him to meet me,

Arora said about how Mukkabaaz happened. She met Kashyap with the intention to find work as a singer, but he loved her composition so much that he offered her the whole album. “He had more faith in my skills than I did,” she added. 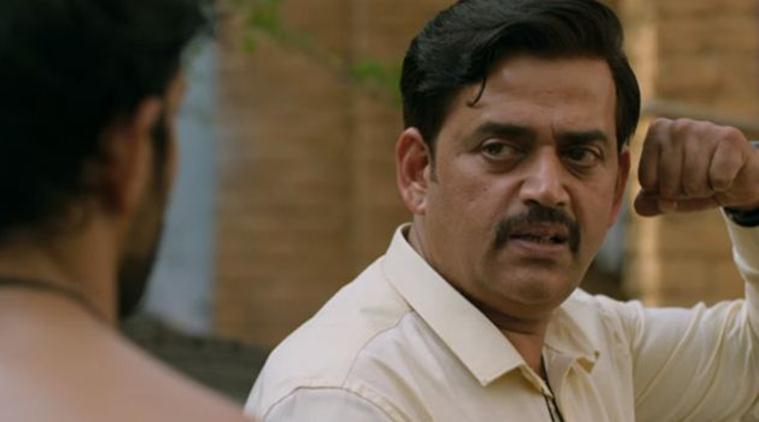 I’ve spent many, many years sharpening my ears listening to Amir Khan sahab and my own Guruji.

And that reflects in the way she completely inhabits Bahut Dukha Mann. Her training in Hindustani classical is reflected in the interesting choice of instruments and singers – like the brass band-twist given to a ballad like Mushkil Hai Apna Meil Priye to the use of a megaphone in the chorus of the protest song, Bahut Hua Samman.

Anurag sir liked the folk version of Saadhe Teen Baje, so I worked on a new melody. We went to Benaras to record the song because it’s impossible to replicate the flavour their voice has you know? And we had a blast with it,

said Arora about the song which is one of my favourite bits in Mukkabaaz.

What’s the secret for a woman to succeed in Bollywood’s music business?

If you can compose music and if you know your job, just be confident about it. Come out of your comfort zone and give it your best. When it comes to girls composing music, it includes many conflicts not only limited to just your parents. My message for young girls would be to do your best work, be confident and you’ll make it

Arora said going on to add how she had to literally run away from home to pursue this line of work. Her brother helped out with the financial and the emotional support, during her ‘struggle’ in Mumbai.

Following a year where the most popular album was Badrinath Ki Dulhania, 2018 has literally begun on a much better note thanks to Mukkabaaz. It might not necessarily become as popular as Tamma Tamma or any song from Judwaa 2, but we should all take a moment to welcome Rachita Arora into the big, bad world of Hindi film music. She’s only been ‘in the ring’ for the first round, and has at least 11 more to go. Let’s hope she figures out how to duck Bollywood’s right hooks.