Anees Bazmee’s entertainer Mubarakan starring Arjun Kapoor and Anil Kapoor releases on July 28. The comic caper would release on approximately 2200 to 2500 screens across India and is expected to embark onto a decent start at the box-office.

While the first theatrical trailer was received with a negative response, a couple of songs followed by the second theatrical trailer managed to strike a chord with the target audience. There has been a dearth of family comedies in Bollywood and if the content of the film is anywhere close to the earlier Anees Bazmee entertainers like No Entry, Welcome, Singh Is Kinng and Ready, the film is sure to emerge a success at the box-office.

Mubarakan mainly caters to the family audiences and with a good word of mouth among the audience, the film is bound to record a good growth in collections over the weekend as that’s when the families come out in huge numbers to watch a film. The key pockets for Mubarakan are Mumbai, Gujarat, Delhi and Punjab and it would be interesting to see how the film fares in these regions.

The genre along with the star-cast and credibility factor of the director should ensure a bigger start than Munna Michael (Rs 6.50 crore)  but the real challenge here would be to surpass the opening day collection of Jagga Jasoos (Rs 8.50 crore). 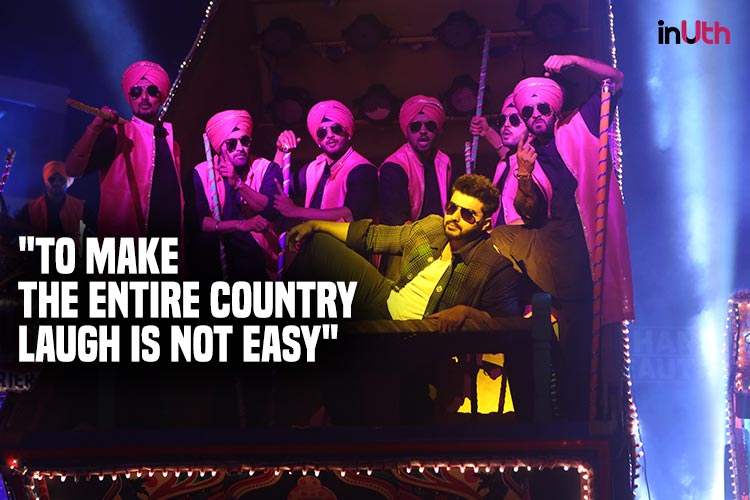 Opening weekend if the word of mouth is:

In an interview with us, Arjun Kapoor was confident that the film would cater to audiences across the country. The actor said,

“In today’s time an actor wants to be cutting edge, different and more often than not one is written about for being dark, niche, intense. These are words which are very cool to read when you open Twitter or Instagram. These are the things which are exciting for writers, directors and actors which is the reason why they make such films. More chatter happens digitally about dark, niche and intense films, but comedy is a genre wherein the film audience chatter about more.”