While actress Parineeti Chopra’s fans were still trying to get over from her recently released song Maana Ke Hum Yaar Nahin, the makers have now unveiled the first look poster of the actors of Meri Pyaari Bindu. The poster gives us an insight of both the lead characters. Parineeti who made her singing debut with the film will also be seen essaying the role of a singer and interestingly the poster to has captured the Ishaqzaade star in her singer avatar.

Ayushmann will be seen essaying the character of an author named Abhimanyu Roy. Set in Kolkata, the film is directed by debutant Akshay Roy and is a Maneesh Sharma production. Meanwhile, there were reports that Ayushmann will also sing for the upcoming film. 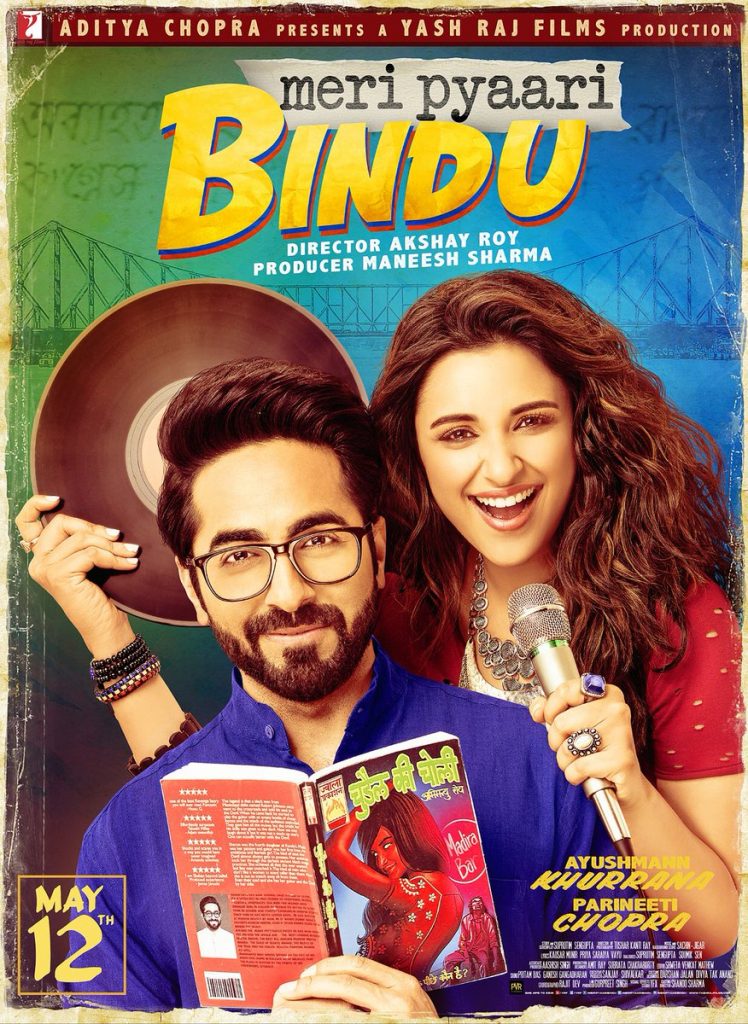 This is the first time audience will see Ayushmann and Parineeti working together for a film. Parineeti, who was last seen in 2014 release Kill Dill, is also making her comeback with this film after a gap of almost three years.

It is scheduled for May 12 release. Meanwhile, listen Parineeti’s song here: