Is there anything Rajshri Deshpande cannot do? In her latest outing as Ismat Chughtai in Nandita Das’s Manto, the actor manages to, yet again, make an impression in front of an on-top-of-his-game Nawazuddin Siddiqui. In a film where most characters exist in the shadow of Siddiqui’s charismatic Manto, Deshpande’s interpretation of Chughtai not only teases him about his feminine feet, but also calls him out on not having the *actual* point-of-view on the life of a sex worker. Manto’s stories could claim to be the mirror to society, but according to Chughtai the reflection was still Manto’s perception (however empathetic) of the life of a sex-worker, from a distance.

“I think they’re two sides of the same coin. Manto and Chughtai are essentially the same person. They think the same way, they disagree all the time, but there’s a sense that if either of them was in trouble the other person would go out of their way to defend them,” says Deshpande in a telephonic interview. “I recently met the daughters of Manto, they hugged me and they held me and said, iski aankhein toh bilkul Ismat Aapa jaisi hai…” (her eyes are exactly like Ismat Aapa’s)

Deshpande, who has for long been a fan of actor/writer/director Nandita Das, was excited to observe her from close quarters. “You know when she’s (Nandita) standing wearing a cap in the middle of the set where we’re shooting in Gujarat – she talks to the crowd in Gujarati, without even a moment’s pause she turns to the light dada and switches to Marathi. There was a Bengali actor, who she spoke to in Bengali. Then she turns to us and gives us instructions in Hindi, Urdu (because words play such an important role in this film). 10 lines in five different languages!”

The Sacred Games actor calls herself the Eklavya to Naseeruddin Shah’s Dronacharya. Working in Shah’s theatre group is partly responsible for the saaf lehja (clean pronunciation in Urdu), that proved to be integral to playing Chughtai.

Growing up in Aurangabad, Deshpande was “the nautanki of the house”. Her idea of performing arts was no different from our brush with theatrics- the occasional performance at the Ganpati festival or the awkward performances in front of visiting aunties and uncles. With her parents being government servants, anything related to the performing arts was considered ‘extra-curricular’ and therefore, a career in showbiz was not even a possibility. Moving to Pune to study Law, Deshpande recounted her tryst with the neighbouring FTII (Film & Television Institute Of India).

“Students in FTII would need actors for their mise-en-scene or short films. And they used to call me for everything – from make-up exercises to acting in bit-parts. I still remember Vinil (Mathew) – I worked in his first college short film. And I had no clue, he had become so big.” One of the country’s biggest ad filmmakers today, Mathew went on to direct 2014’s Hasee Toh Phasee.

Unable to afford an expensive college education, Deshpande was pushed into an early career in advertising. At one point she even started her own agency. But the sheer exhaustion that came with it, proved to be the tipping point. Deshpande recounts: “…because I began early going to office meant not going to college. I was only giving exams, and by the end of it I was really fed up. My entire youth was spent working, earning money. And then I realised that I had spent a certain part of my life only chasing money, which is when I decided to move to Bombay and take up acting.”

Gaining recognition for her role in Pan Nalin’s Angry Indian Goddesses (2013), Deshpande spoke about the surreal feeling that was the film’s premiere in Toronto: “I was standing on the dais with the rest of the cast, and there was Deepa Mehta nearby. Cameron Bailey (director of the Toronto International Film Festival) was praising my work. And if compliments make me awkward today, imagine what I was like back then…”

She’s had an unlikely partnership with actor Nawazuddin Siddiqui, who she has now worked with four times (if you count a bit-part in Reema Kagti’s Talaash). And their dyanmic is especially interesting to watch in the recent breakout hit, Sacred Games. Playing the Don’s wife, Subhadra, Deshpande’s character gets arguably the most interesting dialogue of the show. Nawazuddin’s Gaitonde rants about the ill-effects of religion – the loudspeakers, the unnecessary processions and riots invoked in the name of God. The simple-minded Subhadra calmly shares the ‘other’ perspective: “religion allows the oppressed to feel like they belong. When they enter a temple, they feel human. When they celebrate on the streets, they feel like the city belongs to them.” It’s a fascinating scene, that speaks volumes about the sanity that Subhadra brings to the life of gangster, Ganesh Gaitonde. 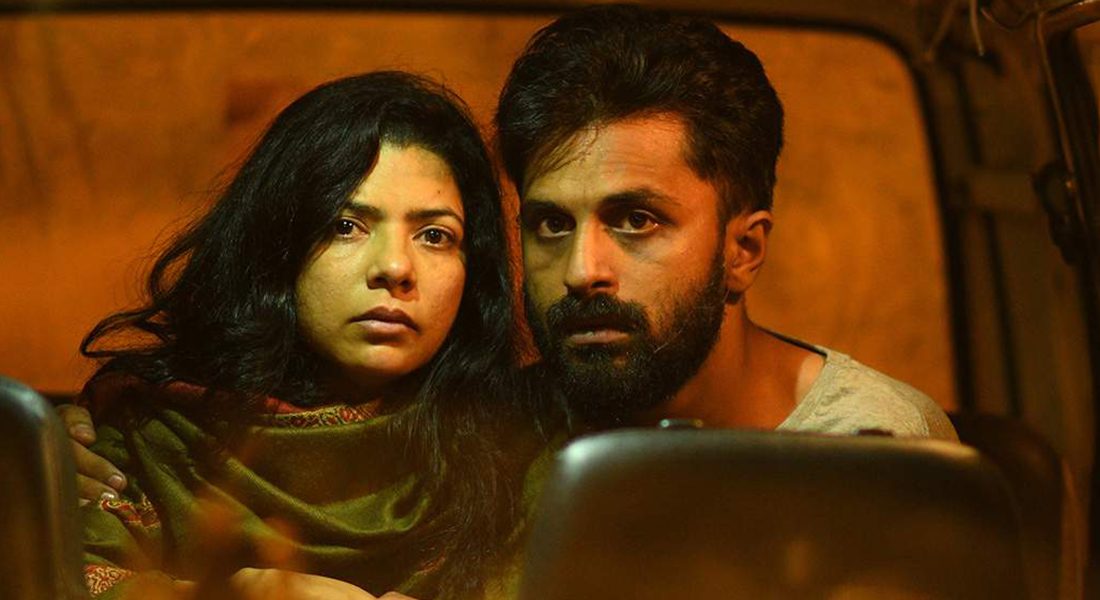 Deshpande finds an escape from the trappings of an actor’s mercurial life, in her social work. Having adopted a village in Maharashtra, the actor is also an advocate for the rights of the transgender and works for their rehabilitation. This social consciousness reflects in her choices too – where she actively seeks work with a Sanal Kumar Sasidharan. “There are different ways to express your rage, you know? Some people write open letters and articulate themselves very well, some speak their mind, some work and voice their dissent,” says the S Durga actor.

You again get a glimpse of the awareness when she chooses Vetrimaaran’s Kaaka Muttai as a film she wished she had starred in, over the many (half-decent) Bollywood films in the last few years.

ALSO READ: 4 Characters That Prove Sacred Games Has One Of The Finest Ensembles Ever

ALSO READ: ‘S Durga’ Is A Resounding Slap On The Face Of ‘Indian Society’

Rajshri Deshpande became the target of trolls, when a Sacred Games clip was circulated as a ‘leaked MMS’ on WhatsApp groups. Will she think twice before attempting another scene that involves frontal-nudity? “No, because it’s a character right? This has happened to Radhika (Apte) too, who maintained that the scene liberated her from her own inhibitions. Nudity is not some great feat achieved if it isn’t adding to your performance. If you understand the intention behind why being naked in a scene is important, then an actor shouldn’t think twice about it. There’s no point being discouraged by trolls, you just have to move on.”

She will be next seen in Sanal Kumar Sasidharan’s Death Of Insane – which might riff on S Durga‘s censor horrors. In the time between films, Deshpande is running pillar to post at the local government offices for permissions related to a new school, that she plans to build at her adopted village. There are also issues of electricity and sanitation at the village, that are keeping her occupied in between takes. Is there anything Rajshri Deshpande cannot do?