When it comes to having awesome superheros, Marvel comics take the cake (sorry DC fans). Now, Marvel has topped themselves by coming up with a superhero we all relate to. Marvel’s new superhero is a mother. Trapped amidst the Syrian war, the ‘Madaya Mom’ battles her way through starvation and poverty that batters the nation. The story has been written by Xana O’Neill and Rym Momtaz, who wanted to give a new definition to the term ‘superhero’.

A collaborated venture of Marvel and ABC news, Madaya Mom outlines the real-life story of a mother, as she heroically perseveres through the agonising state which prevails in the country. Obtaining intel from texts and phone conversations, Marvel brings forth the story of this real-life superhero.

Set in the Syrian town of Madaya, the story revolves around the mother as she and several other citizens remain trapped in the town for over an year because of the civil war. Madaya Mom, stuck in the town with no food, has to provide for her five children. People aren’t allowed to leave the town and the government does nothing to aid the starving, hoping they would surrender the region under pressure. Over 65 people have died in the town and the healthcare situation is no good either. 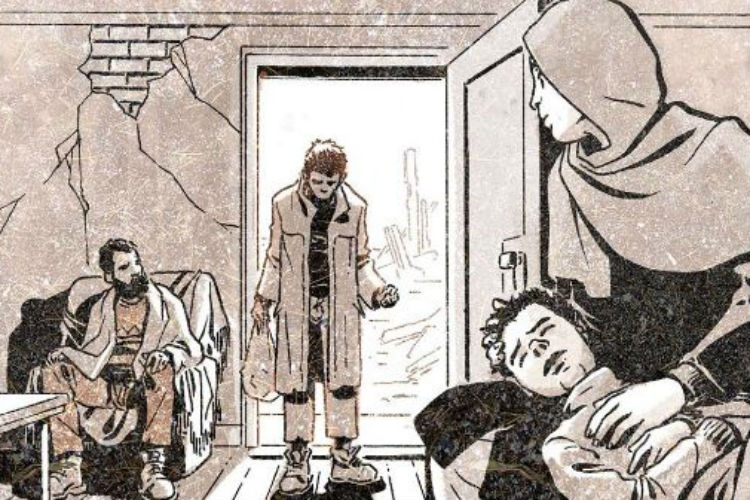 Madaya Mom started writing blog posts for ABC anonymously to provide an insider’s perspective to the Syrian Civil War. The blog posts began in January under the title ‘Syria Starving: A Family’s Fight for Survival’ and have been the basis for the comic. The comic features intricate details about the struggles of a common family, obtained by ABC journalists through texts from the Madaya Mom.

The comic starts off with a brief account on the how the family struggles with bringing out even one meal a day. “Today, our one meal was rice and bean soup…” The story moves on to recount how their bodies don’t even digest food well, having been starved for so long. 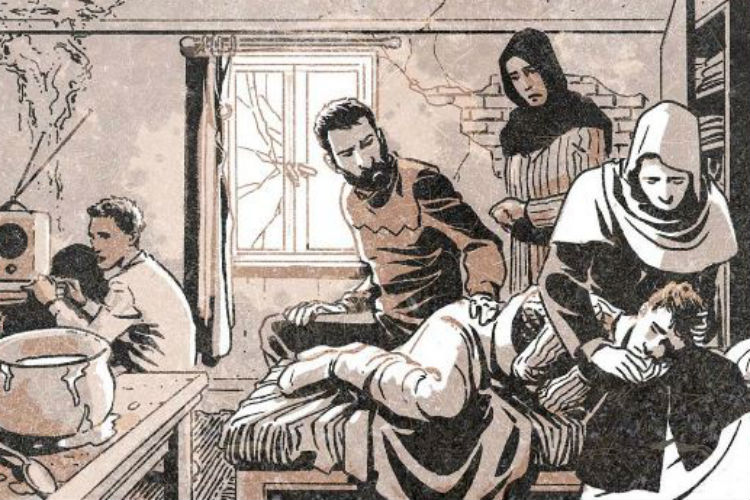 The media has largely failed to bring forth the reality that has crippled the country, especially small towns like Madaya. Drawing the world’s attention to the day-to-day realities of a Syrian citizen through its pioneering venture, Marvel dreams that the world would acknowledge its true heroes, one that fight with perseverance and courage. Heroes, who sleep through nights with empty bellies, hoping for a better future when all that surrounds them is despair.

Madaya Mom is available for all to read and download for free here.