Haobam Paban Kumar, one of the leading documentary filmmakers in the country, has created a new chapter in the history of Manipuri cinema. His first feature film is set to have a world premiere at a major international film festival held in South Korea and later an India premiere in Mumbai. 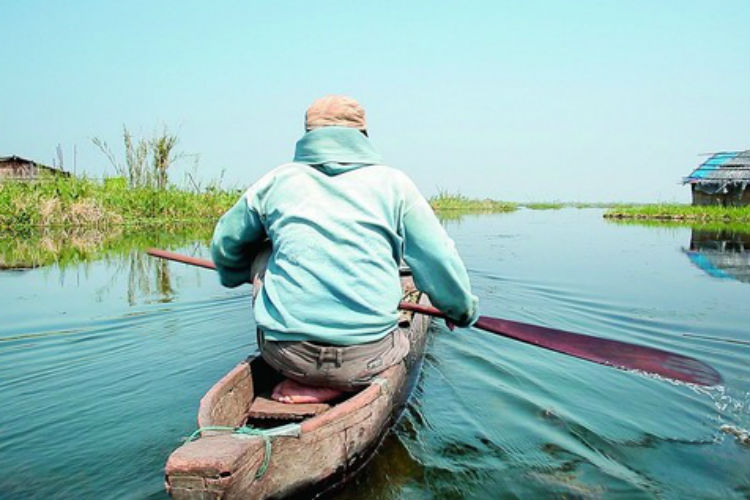 The 71 minute-long movie tells the story of Tomba who is sick and depressed since the authorities burnt his huts after blaming his community for the pollution of the Loktak Lake. He has confined himself at home and lies idle the entire day, terrified of the possibility that the authorities may return to take whatever he has left. One morning, Tomba accidentally finds a gun within the biomass. At first, he is confused, but slowly, starts enjoying his newfound toy. He becomes aggressive and starts looking for opportunities to use the gun. One day, an old woman knocks at his door in the middle of the night.

About the film, Paban Kumar states that decades of insurgency and socio-political uncertainty have thrown his society into disarray, leaving the people to recede into a cocooned existence devoid of any space for free and visible self-expression that evokes compassion and concern for others. He said, “Today when I look at my birthplace Manipur, I see guns all around. Gun – a symbol of authority and ownership, regimen others… Be it the insurgents or the state authorities. We forgot that fear and anxiety instil further worries resulting in cross violence.

The film also won the Swarna Kamal for the Best Documentary at the 56th National Film Awards 2008. His documentary “Phum Shang” which bagged Golden Conch in Mumbai International Film Festival 2016 toured around the world with flying colours. “Loktak Lairembee” is his debut fiction feature film.