Expectations were sky high when Malayalam director Jayaraj announced his most ambitious project, Veeram. The film, directed by three time Nationalaward winner and jointly produced by Pradeep Rajan and Chandramohan D Pillai has been made on a big budget of Rs 35 crore. The film is also touted as the biggest Malayalam film ever made till date.

Veeram featured Bollywood actor Kumal Kapoor in main lead role. The film also marks the acting debut of Himarsha Venkatsamy, Divina Thakur. Kunal Kapoor portrayed the role of Chanthu Chekavar, an infamous warrior who was believed to have lived in the 16th century in North Malabar. Himarsha essays the role of Unniyarcha while Divina was seen portraying the role of Kuttimani. The film was released as Malayalam, Hindi, and English. It was also deemed as the Malayalam Cinema’s Baahubali.

Veeram was released on 24 February 2017 to some glowing reviews. The film was praised for Jayaraj’s direction, war scenes and VFX works. A few section of critics even stated Veeram as better than Baahubali. However, all the mind blowing reviews failed to convert into good numbers at the Kerala Box Office. 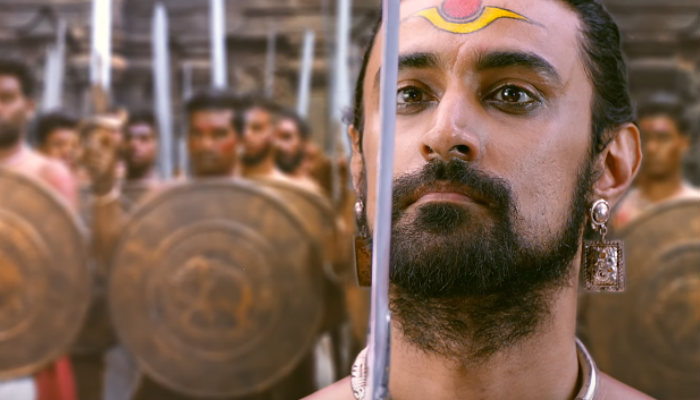 Kunal Kapoor in a still from Veeram

Forget a decent opening, Veeram started its journey on a dismal start from day one. The film struggled to find any takers at the Box Office in its opening weekend itself. For its makers unfortunately, the shows of Veeram were terminated at most multiplexes. Mohanlal’s Munthirivallikal Thalirkkumbol and Prithviraj’s Ezra are still running to packed houses across the cinemas of God’s own country. Does the fact that makers are not even revealing the Box Office numbers anywhere hint at how terrible the figures would be?