The official first look of the upcoming Malayalam film Ramaleela is out. The film, which marks the directorial debut of Arun Gopy stars Dileep in the main lead. Arun had earlier worked as assistant director for films like Shyam and Ithu Thanda Police. Ramaleela stars Prayaga Martin as the female lead.

Ramaleela marks the comeback of Pulimurugan maker Tomichan Mulakkupadam. He will be bankrolling the film under his home banner Mulakkupadam Films. The veteran Tamil film director Gautham Vasudev Menon took to his Twitter page to release the first look of Ramaleela. He also quoted that he is waiting to work with the Janapriyanayakan of Malayalam cinema.

The first look poster features Dileep in a typical traditional attire – white shirt and white dothi. The Meeshamadhavan actor plays the role of an MLA named Ramanunni in the film, which is touted to be a political thriller. There is no denying that the Malayalam superstar looks menacing as ever in the first look poster of Ramaleela. 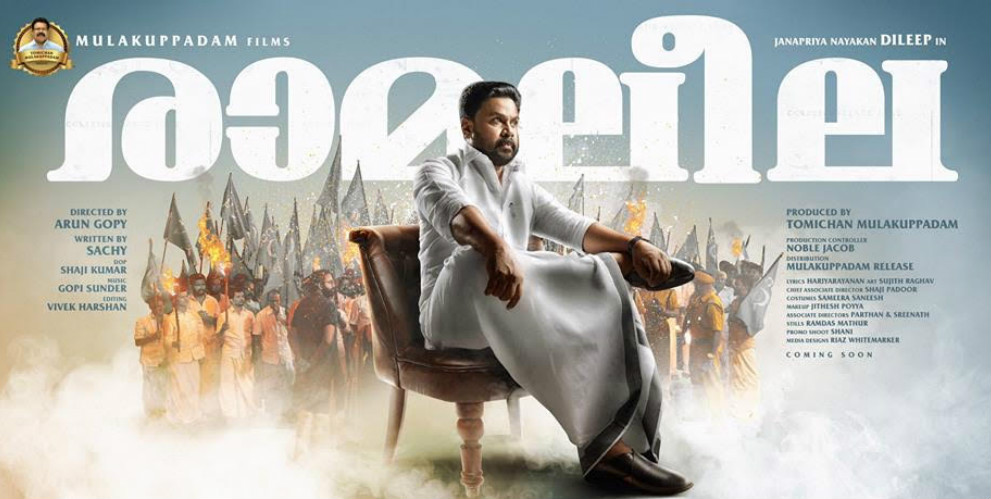 Ramaleela also marks the Mollywood comeback of Raadhika Sarath Kumar after a long-gap-of 24 years. Her last Malayalam outing, IV Sashi directorial Arthana was released in 1993. The veteran actress will be seen portraying the role of Dileep’s mother in the film.