The much-awaited Mohanlal-starrer Munthirivallikal Thalirkkumbol was released today. Directed by Vellimoonga fame Jibu Jacob and produced by Sophia Paul under the banner of Weekend Blockbusters, the family entertainer was earlier scheduled to hit the screens during Christmas 2016 but got postponed owing to the three-week long rift between Kerala Film Producers Association and Kerala Exhibitors Association.

However, the wait was worth for the Kerala film audience as the Mohanlal-starrer has opened to packed houses across the cinemas of Kerala. Munthirivallikal Thalirkkumbol has been released on 337 screens in India, with 185 screens alone across the Kerala Box Office. The opening is almost at par with the actor’s last release, Pulimurugan across the main centers of Kerala.

As per early reports, the feedback from the audience is extremely positive and the family entertainer does full justice to the expectations prior to the film’s release. It’s worth mentioning that after a long time, a huge number of family audiences flocked to the theaters on the opening day itself to watch the flick. The film has been praised for its different story backed with the excellent performances from Lalettan and Meena. 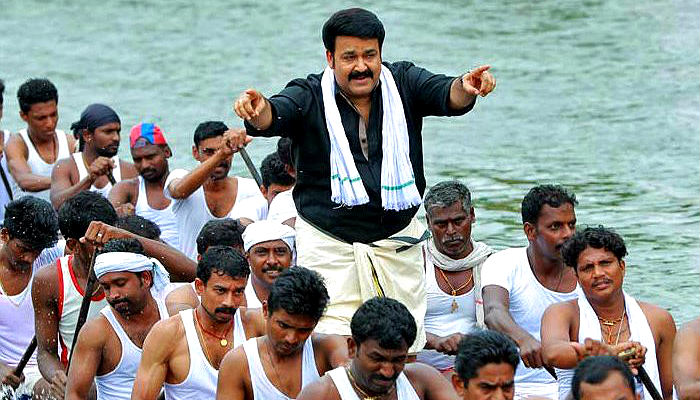 With extraordinary reports and the kind of opening the film had already taken, it’s quite evident that Munthirivallikal Thalirkkumbol is all set for a huge day 1 at the Kerala Box Office. Another industry hit on the way!