Fans of Malayalam actor Prithviraj Sukumaran have all the reasons to rejoice as the actor’s Friday release, Ezra opened to a thunderous note at the Kerala Box Office. Touted to be a horror thriller the film was jointly produced by A.V. Anoop, Mukesh R Mehta and C.V. Sarathy under their respective home banners AVA Productions and E4 Entertainment. Written and directed by Jay K, Ezra also marks the Malayalam debut of Tamil actress Priya Anand.

And the good news for the makers is that Ezra started its Box Office journey with a bang on its opening itself. An excellent opening was always on the cards for the film thanks to the kind of impact the film created with its trailer. The film had minted a terrific Rs. 2.61 crore on its opening day at the Kerala Box Office. At Trivandrum and Cochin multiplexes, the opening of the film was almost at par to the recent Mohanlal blockbuster, Pulimurugan.

The advance booking for the film was huge on Thursday and has worked favorably for Ezra to take a flying start at the Box Office. And with these collections, Ezra emerges Prithviraj’s biggest opener till date. The film unseats the actor’s multi-starrer film Amar Akbar Anthony to do so.

Ezra is carrying positive reviews from the audience as well, which is a good news considering the horror genre of the film. Also, the recent Malayalam horror releases were failures at the Kerala Box Office.

The film has been praised for the performances of the entire cast including Prithviraj, Priya Anand, Tovino Thomas and the 2015 Kerala state award winner Sudev Nair. Even on social medias like Twitter and Facebook, Ezra is trending with positive reviews from the audience. 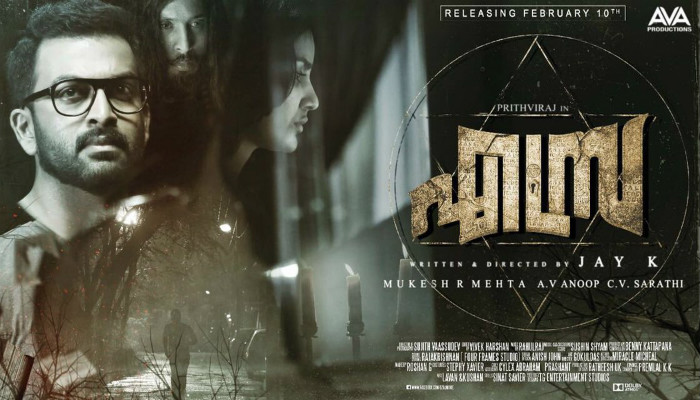 It will be interesting to be seen how Ezra will perform on the weekends. The film has stiff competition from two non-Malayalam releases, Suriya starrer Singam 3 and Akshay Kumar’s Jolly LLB 2.