The much-awaited Malayalam film, Godha is slated to be released soon. Directed by Basil Joseph and jointly produced by A.V Anoop, Mukesh R Mehta and C.V Sarathy under their banners AVA Productions and E4 Entertainment, the film is touted to be a wrestling sports drama.

On Saturday evening, the makers have revealed the new poster of Godha. The poster features Tovino Thomas, Renji Panicker and Wamiqa. The stylish poster will remind you the 2016 Salman Khan blockbuster Sultan, but makers have already confirmed that there are no similarities between Godha and Sultan as well.

The film was scheduled to release earlier but now postponed to May 2017. The film was already in news ever since the cast and plot of the film announced last year. The terrific image makeover of both Tovino Thomas and Renji Panciker for Godha has already put the film a hot film in the trade. Also, Godha marks the third outing of Tovino Thomas in a lead role after the critically acclaimed Guppy and the recent sleeper hit Oru Mexican Aparatha.

Have a look at the poster: 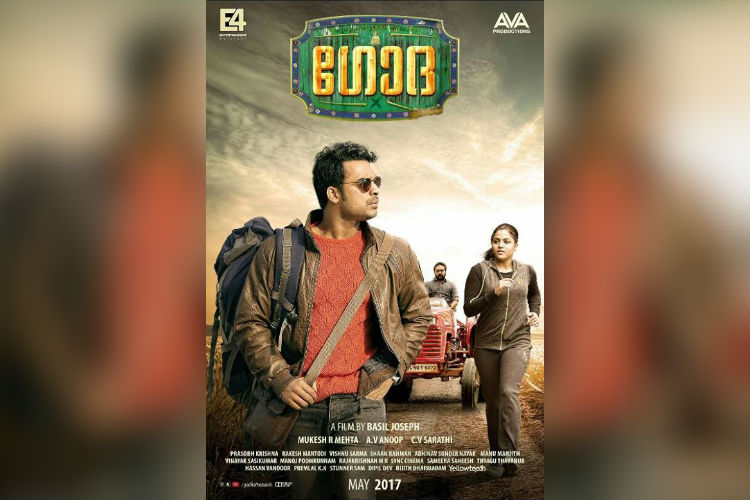