Malayalam actor Dileep, who was arrested in connection with the abduction and molestation of a popular Malayalam actress in February 2017, was sent to two days police custody on Wednesday, July 12, by the Angamaly Judicial Magistrate court. Though the police demanded the actor’s custody for three days, the court allowed them for only two days for the collection of evidence and further questioning in the matter. The actor appealed for the bail and claimed that he is innocent and was trapped.

“I am innocent and I will prove my innocence. I was trapped,” the actor said on Tuesday, July 11, before being taken to the Aluva sub-jail”a news agency quoted Dileep.

According to the reports, the actor has been booked under Section  10 of conspiracy, gangrape, and destruction of evidence. Though the charges against him are yet to be proved, if the conspiracy charge under section 120 (B) will be proved against the actor, Dileep may even get a life imprisonment. 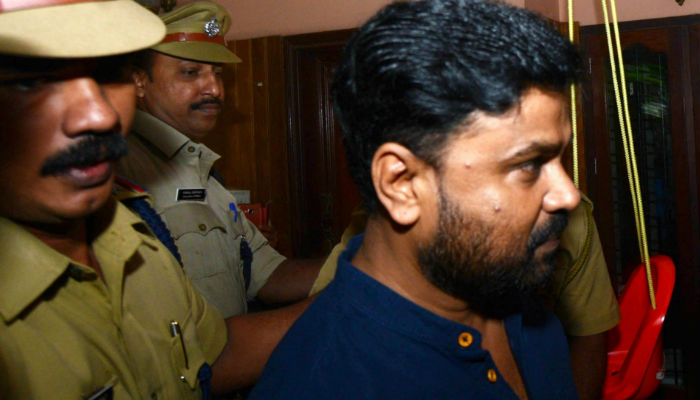 Meanwhile, executives of Association of Malayalam Movies Artistes (AMMA) — which had come under heavy attack from several quarters over its stand on the issue — removed Dileep as treasurer and member. The Producers Association also met and decided to remove Dileep from their body and Film Employees Federation of Kerala (FEFKA), as well as from the rolls.

The AMMA executive took the decision at an emergency meeting at the house of actor Mammootty, who told the media: “We wish to state that we have always been with the victim and will continue to support her. Please don’t mistake us, we are for the welfare of our members. Let the police go forward with their probe.” the news agency quoted further.

On February 17, 2017, the actress was traveling from Thrissur to Kochi by road when she was abducted. She was reported to have been molested en route and after almost two hours, she was dumped near the house of director-turned-actor Lal. A week after the incident, the prime accused, Pulsar Suni was arrested. Dileep’s name in the whole incident came last month after his name surfaced in a jail inmate’s alleged letter who has shared the cell with Pulsar Suni.

With Inputs from IANS