Achayans was expected to start on a slow note at the Kerala Box Office due to the poor promotions, but surprisingly, the film had taken one of the best Malayalam openings of recent times.

The film, which had taken more than Rs 4 crore on its opening weekend was rock steady on Monday and Tuesday as well. The positive reviews and the consecutive theater visits done by the Achayans team post the film’s release has worked favorably in film’s favor to register good occupancy on its 5 theatrical days. Also, the chart-buster song, ‘Anuragam Puthumazha Pole‘, which marked the singing debut of youth icon Unni Mukundan worked wonders for the film.

On Wednesday, the makers revealed the official Box Office figures of the film which stands as Rs 6.20 crore, to become one of the biggest Malayalam openers of 2017. Achayans also emerged as the biggest opener of Jayaram and Muscle Aliyan’s career as well. It’s a remarkable feat considering that Achayans had stiff competition with two major Malayalam releases and of course the wave from the SS Rajamouli’s Baahubali 2.

Meanwhile, Unni Mukundan, who is elated with his record-breaking success of Achayans took to his Facebook page to thank the audience. 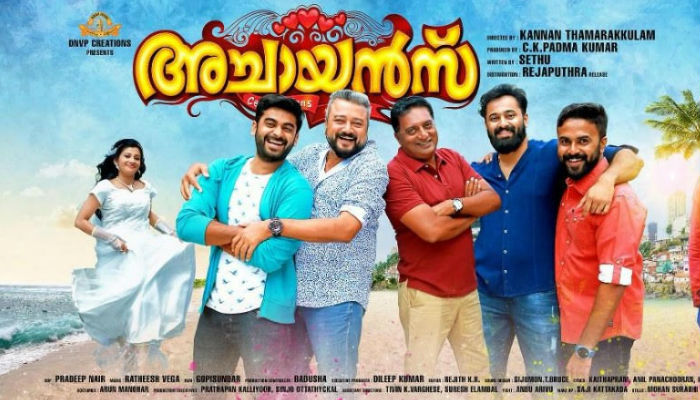 As per early Wednesday trends, Achayans is all set to have a good opening week at the Kerala Box Office.

Also read: Here’s the list of non Malayalam Mohanlal films that prove why he’s an actor beyond language divide