Godha tells the story of a Punjabi girl Athithi Singh (Wamiqa Gabbi), who is forced to quit wrestling by her brother, a police officer in Punjab. Anjaneya Das (Tovino Thomas), a guy from Kannadikkallu village, Kerala who loves to play cricket with his friends comes to Punjab for higher studies following the strict order from his dad, an ex-wrestler-turned-coach, fondly known as Captain (Renji Panicker). Though Anjaneya falls for Athithi Singh’s charm and boldness, for Athithi Singh, chasing her dreams (becoming a wrestling champion) was everything. Athithi’s brother wanted her to get married as soon as possible and this forced her to come to Kerala to chase her dreams.

While the story of Godha by Rakesh Mantodi may sound predictable, but it’s his dialogues and the treatment by Basil made the film to a brilliant watch for the audience. Despite his debut outing, Kunjiramayanam being a hit, Basil had to face a bit of criticism for the movie lacking the logic. However, with Godha the 27-year-old director has shut his critics by delivering one of the well made Malayalam movies of recent times. The biggest advantage happened for Basil in Godha was he got the maximum effort from his bunch of youngsters-friends, from his lead cast to film’s technicians. Basil also proved that Malayalam film lovers don’t need to depend on Bollywood films like Chak De! India, Mary Kom or Sultan to witness a sports drama with a good message. With the backing of an ‘available budget’, Basil Joseph made the best Malayalam sports drama since Abrid Shine – Nivin Pauly’s film 1983. Basil has managed to present the plot with meaningful messages in an entertaining manner. Full credits to him for getting the emotions spot on in the film, especially in the second half.

2017 has already been an eventful year for the Tovino Thomas with back-to-back hits Ezra and Oru Mexican Aparatha and Godha seems to be the hat-trick for the actor. He delivered an earnest performance as Anjaneya Das. Be it in his comic portions with Bala Saravanan, or the pre-interval scenes with Wamiqa’s brother, the Guppy actor continued to impress the audience with a restrained performance. Also, Tovino should thank his stylist, as the actor was looking handsome as ever in his portions in Punjab. The film has also succeeded to present the talented actor in a fresh manner.

Godha stars an ensemble supporting cast including Aju Varghese, Maala Parvathi, Hareesh Perumanna, Mammukoya, Sreejith Rav I, Biju Kuttan, Pradeep Kottayam, Bala Saravanan and Dinesh Prabhakar and it’s worth mentioning that Basil has succeeded to bring in best performance from all of his supporting cast. Aju Varghese, Hareesh Perumanna, and Biju Kuttan were excellent roles whereas Maala Parvathi was exceptional as Renji Panicker’s wife, especially in the scenes where he had to pitted against the writer-turned-actor. 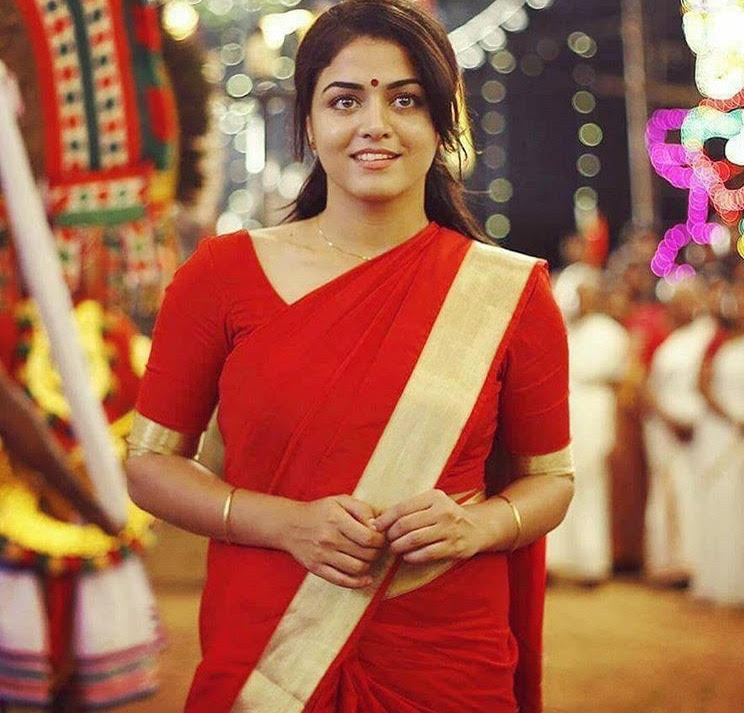 A still from Godha

Godha is undoubtedly Renji Panicker’s career-best work as an actor. The actor was outstanding as the wrestling coach and delivered a flawless performance, which is sure to be rewarded with the most of the character roles awards to be presented next year. In fact, the 59-year-old actor’s intro-song will definitely give other young actors a run for their money.

Last but not least, the real takeaway with Godha is a brilliant Wamiqa Gabbi as the Punjabi wrestler Athithi Singh. The Punjabi actress who made waves with her both debut performances in the 2015 Telugu film Bhale Manchi Roju and with Tamil film Maalai Naerathu Mayakkam continued her terrific acting streak in Godha as well. As an independent, free-spirited Punjabi girl, Wamiqa Gabbi delivered a knockout performance and no two opinions on that. Female-centric films with commercial value are rare in Mollywood and Godha is probably the second Malayalam film after Nazriya’s Om Shanti Oshana where the audience can see a story through a woman’s perspective. 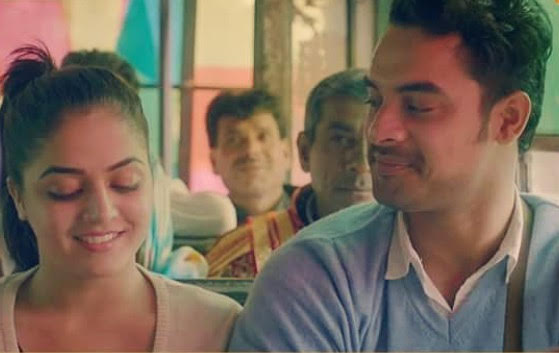 While most of the 2017 Malayalam debut awards will be a cakewalk for Wamiqa, this writer strongly feels that she can be a strong contender for the 2017’s best Malayalam actress nomination, of course along with Take Off’s Parvathy. Be it with her wrestling scenes or her charming expressions with ever beautiful brown eyes, Wamiqa wows the hearts of the Malayalam audience with an amazing screen presence. The actress was flawless in her emotional scenes especially when she delivered an emotional dialogue ‘No family wants a Sakshi Malik in their family until she wins an Olympic medal’. Kudos to the makers for casting her and special mention to the writers for that heart warming lines.

Godha not only rides on the performances of its lead cast but also supported by its technicians as well.

Another plus points of Godha are the brilliant music/BGM score by Shaan Rahman and captivating cinematography from Vishnu Sarma. Shaan Rahman’s songs are off top standards with Aaro Nenjil, Rabba Bayankariya and WOW song stand out among all songs. Vishnu Sharma’s brilliant cinematography captivates the brilliant locations of Punjab, Palani and Kerala. Abhinav Sunder Nayak’s editing is first rate and the English Subtitles by Vivek Ranjit only helps the film to add more non-Malayalam audience to watch it. 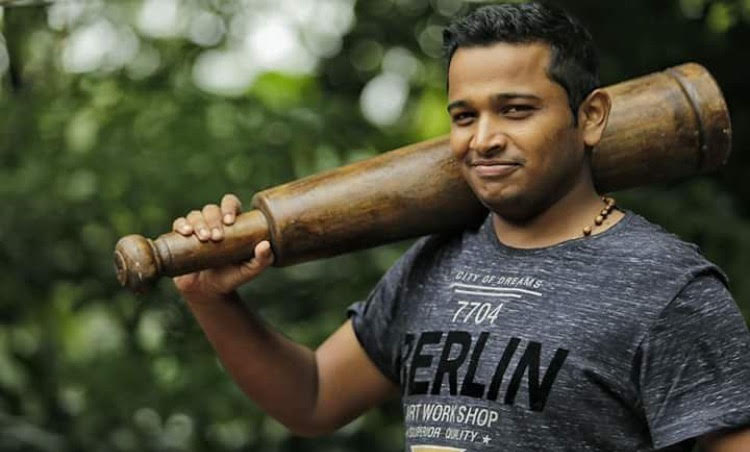 And yes, Godha does have its own share of flaws since the story of the film is predictable. The director could have shown more bonding scenes between Wamiqa and Tovino, before she invites him to accompany her to attend a wedding in Punjab. Since Wamiqa was shown as a fire-brand wrestler in the proceedings, it was hard to digest that the actress was impressed with Tovino’s few wrestling tips. Not to forget, the actor was trying to hide from her knowing that she is a wrestling. Also, most of the beautiful songs featured in the film album have shortened to one minute to two-minute songs due to the 2-hour-long duration of the film. It’s like tasting a sip of ice cream and need to wait for another year to completely have it. 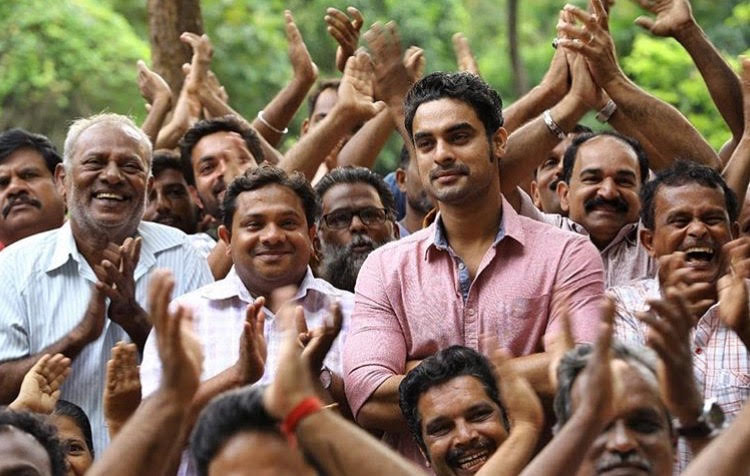 However, barring these small mistakes, Godha is a clear winner in all aspects.

Overall, Godha is a beautiful film with excellent performances from its leading cast and brilliant music/cinematography as its trump cards. At the Box Office, this sports drama is all set to have a long run.