Pakistani actress Mahira Khan’s debut in Bollywood  wasn’t as smooth as she would’ve wanted it. Owing to her nationality and the hostile relationships between Indo-Pak, Mahira didn’t promote Raees here. Though, Mahira was the female lead of Raees, she joined the team in promotional activity only outside the Indian soil. By her own admission, Mahira got really upset when she couldn’t join in for the promotions.

Though not the pre-release media interactions, Mahira was a part of the post one yesterday. Through a video call on Friday, Mahira answered questions of the media along with her co-stars Shah Rukh Khan and Nawazuddin Siddiqui.

It was during this interaction, that the Pakistani actress revealed what her biggest fear was while working with SRK. The diva thought that when people see the film on screen, they will only cheer for Shah Rukh. She was skeptical about being noticed on the screen, given Shah Rukh’s star power.

But all the doubts of Mahira went south, when people appreciated her character as well. Mahira said the fantastic response she received, made her ecstatic. 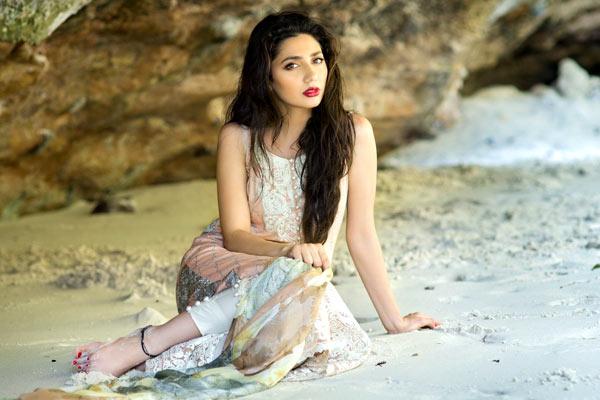 Raees will soon release in Pakistan and Mahira has high hopes from it. The movie will be among the first Bollywood movies to hit screens across the border after a ban was imposed. Speaking of this, Mahira said:

Raees is releasing soon in Pakistan and believe me everybody is waiting for the film just like people had waited all over the world and I believe that it is going to do amazing business here.

Talking about how it was working with Shah Rukh, the 32-year-old actress said:

“I was nervous as hell. Sometimes I used to wish I wasn’t a big Shahrukh fan. It was scary but it got better, especially after we shot ‘Zaalima’. Working with him is a dream come true. Nothing short of that.