Undoubtedly, the recently released ‘Pink’ starring Amitabh Bachchan and Taapsee Pannu has won the hearts of movie buffs. Shoojit Sircar’s film is narrated in a linear manner, the simply presented film, essentially a courtroom drama, is powerful because of its dialogues and performances. 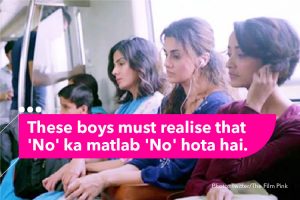 Filmmaker Shoojit Sircar is extremely proud of the movie and wants it to be exempt from entertainment tax. This contemporary youth-centric film conveys a strong, socially-relevant message about the choices young women of today make and about respecting those.

The film managed to bring up all the right questions in the audiences’ mind. But don’t you wonder why this film is called Pink?

Well, Pink — symbolic to girls, is not a reason. The name has some significance. According to a TOI blog, writer Veeresh Malik has explained the meaning. After doing research he found out that in many countries and cultures, ‘Pink’ means “vagina of the sort that is bought, with violence”. 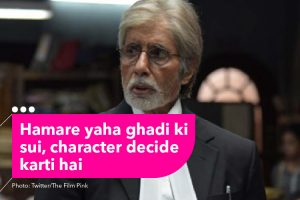 His piece says that “Slang – the various urban dictionaries online define ‘pink’ as a reference to forced and often cruel or threat based occupation of a vagina by an unwelcome penis.”

He further defined the word, saying:

“PINK. Pink says that we are all prostitutes – and I think that is the truth too. PINK in common street slang in so many countries means vagina of the sort that is bought, with violence, viz – “I’m gonna go get me some pink”.