As promised, Kulture Didi is back this week with her take on another Bollywood masala film, Laxman Utekar’s Luka Chuppi starring Kartik Aaryan and Kriti Sanon in lead roles.

The film was supposed to be a comedy of errors about a small-town couple who want to be in a live-in relationship before tying the knot. And, there is always an and, how their family hijacks the whole situation. But the rambling 126-minute film, with shoddy writing that relies on cheap thrills for humour, merely uses live-in relationships as a plot device. A 20-day sexcapade with your significant other sounds like a dream, but it isn’t a live-in situationship in anyway. 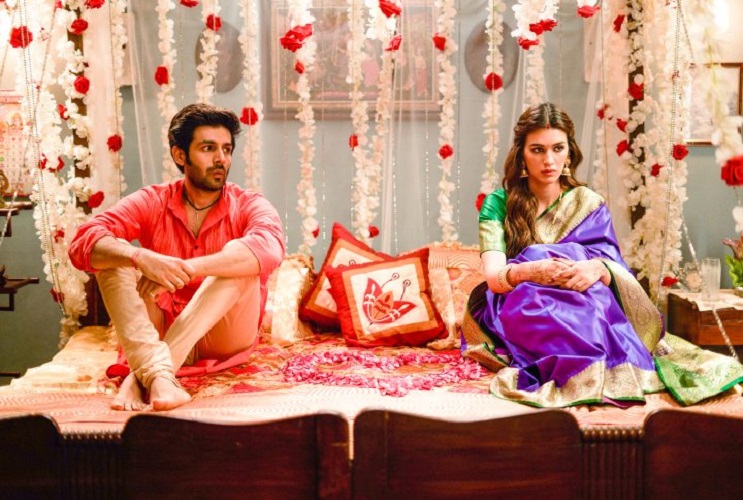 Rather than being a unique take on how modern love is flourishing outside traditional boundaries in the smaller towns of India, the film eventually ends up extolling the virtues and sanctity of the institution of marriage.

Set in Mathura, and partly Gwalior, the characters that seem the most authentic are given the least amount of screen time – from Pankaj Tripathi’s cartoonish Babulal to Aparshakti Khurana’s Abbas. Vinay Pathak’s Vishnu Trivedi, an opportunistic political leader who is trying to win an election by waging a war against love jihad, is another one of the intriguing characters given the short end of the stick.

The two people who seem to be most out of place are, unfortunately, the leads. Aaryan’s everyday bumbling, buffoonish histrionics still make him more believable as a small town reporter, but no one even seems to have tried with Sanon. She looks too polished, too glamorous with her Fabindia suits and VLCC glow, to belong in this world. But, she does try her best. 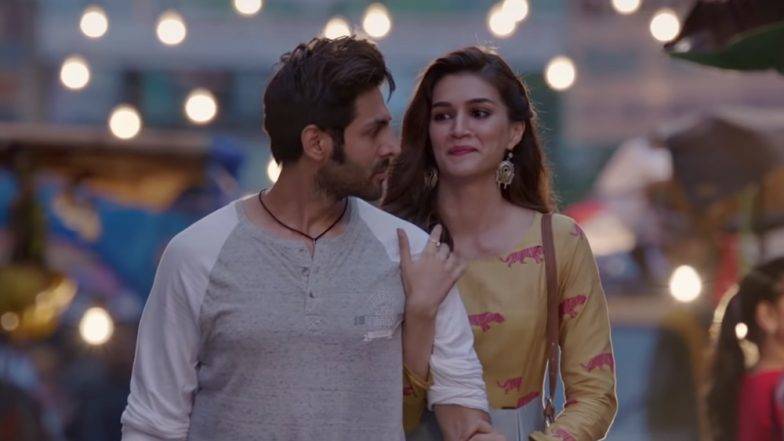 Even though, Aaryan’s Guddu is not the misogynist hero his other characters tend to be (in Luv Ranjan-ville), there is enough subtle sexism to go around to make up for that. And Sanon’s Rashmi is far from the bold modern heroine, the film wants us to believe.

A cheap, synthetic replication of the small town landscapes created far more skillfully in films like Stree and Bareilly Ki Barfi, Luka Chuppi is too inconsistent to be categorised as a rip-roaring comedy and too timid to be the defining word on any of the serious issues it tries to take on hastily. Abhishek Chaubey’s Sonchiriya is a better bet if you’re looking for good cinema this weekend. It won’t make you go, “Yeh kya tha?” once the curtains are drawn.

To know more about what Kulture Didi had to say about Luka Chuppi, watch the video now!