As promised, Kulture Didi is back this week with her take on another Bollywood masala film, Indra Kumar’s Total Dhamaal. She normally says that it will really help bring about the real achhe din (good days) in our country if we discuss movies intelligently. But, Total Dhamaal might just have broken her. Entirely.

The film stars a humongous number of actors who seem to be competing with each other to get the least amount of screen time, and we don’t blame them. Everyone from Ajay Devgn, Anil Kapoor, Madhuri Dixit, Riteish Deshmukh, Sanjay Mishra, Javed Jaffrey, Arshad Warsi, Boman Irani, Mahesh Manjrekar, Johnny Lever, Esha Gupta to Sonakshi Sinha and Jackie Shroff’s voice, get their best moments in the trailer itself. At two minutes 49 seconds, the trailer pretty much has all the subjectively “fun” bits that are scattered over the 129-minute duration of the actual film. 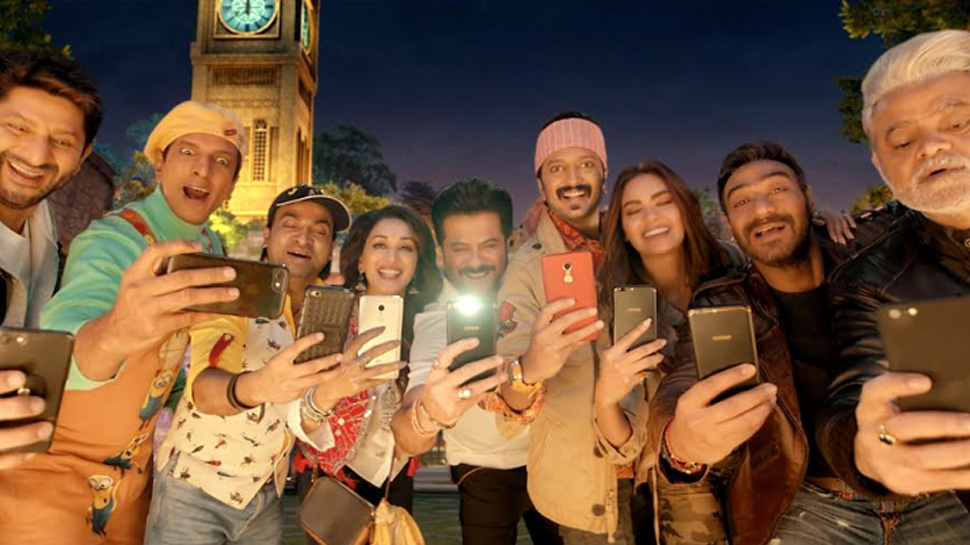 So basically, Total Dhamaal isn’t just a reductive copycat of its predecessors, it is outshone by its very own trailer, in terms of quality. Even though, it is clear that most of the film was shot in front of a green screen, what is still not clear is why Madhuri Dixit or Sanjay Mishra agreed to do the film at all. Was it their unshakable faith in the fact that the film will disappear into dust, without a trace, and no one will ever remember it when thinking of their legacies? We will really never know. What we do know is that we no longer have expectations from Ajay Devgn or Anil Kapoor. As for Arshad Warsi, someone give him something better no?

This film is total nonsense. And we all knew that, so really we don’t have any real complaints about it actually making less sense than even Race 3. Now that’s something we never thought we would actually say about any movie, but we hadn’t seen Total Dhamaal yet.

To know more about what Kulture Didi had to say about Total Dhamaal, watch the video now!