One can trust Kamaal Rashid Khan (popularly known as KRK) to have the most facepalm reaction to most things. So it’s hardly surprising when he decided to ask all of his female staff to leave and credited his wife for this move.

Tweeting late on Monday, KRK wrote, “Yes! It’s 100% true “Ki Main Biwi Ka Ghulam Hoon” So I followed her order. And now we don’t have any female staff in any of my office in India or Dubai. No parties! No talking with any girl. Thanks to #MeToo!” This tweet has since been deleted, presumably due to backlash. 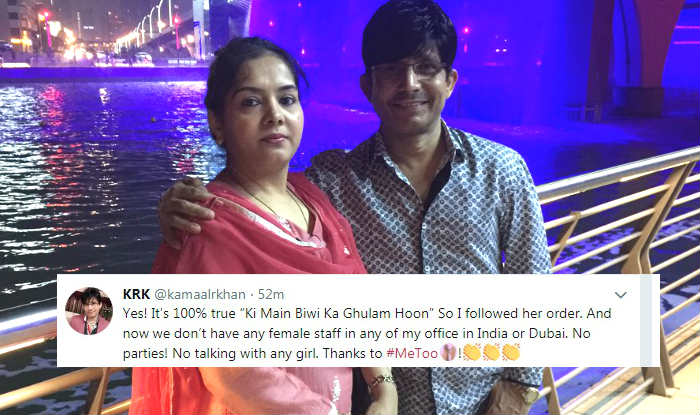 KRK, who is currently in Dubai, claimed that he was just following his wife’s “order”. What KRK clearly failed to comprehend is the point of the #Me Too movement is to talk about sexual harassment, assault and molestation that people have faced at the hands of predators. The solution to sexual harassment cannot end up marginalising women more!

KRK’s ‘fix’ for sexual misconduct is gender discrimination, there’s no other way to describe it. 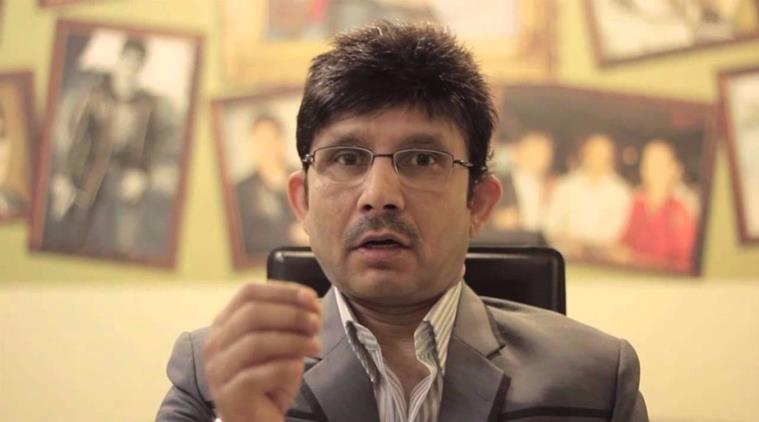 Braving the odds, the testimonials, shared by multiple women from various industries, were supposed to bring about a revolution that changes the toxic culture of sexism and misogyny, especially in workplaces. KRK took the route that a lot of men outraging on social media against the #MeToo movement have taken. The argument that men in this country no longer “know how to talk to women” is a problem because it absolves the harasser of even trying to understand the problematic behaviour they have indulged in.

KRK’s actions take us back decades to the ancient mindset that women are these forbidden fruits that need to be hidden away if they are to be protected. The gender ratio in this country is already skewed, with the national workforce participation rate for females standing at 25.51 per cent, compared to 53.26 per cent for males. The #MeToo movement’s primary goal was to ensure that workplaces are more sensitised to the kind of ‘bro culture’, and displays of toxic masculinity that female employees in particular have had to endure.