It’s a new day and another new controversy for Kim Kardashian. She recently wore a maang tika along with a white dress to the church, and people are slamming her for cultural appropriation.

The Kardashians have been accused of appropriating black culture on multiple occasions in the past. Even Vogue India had come under fire for featuring her in wearing a lehenga choli. 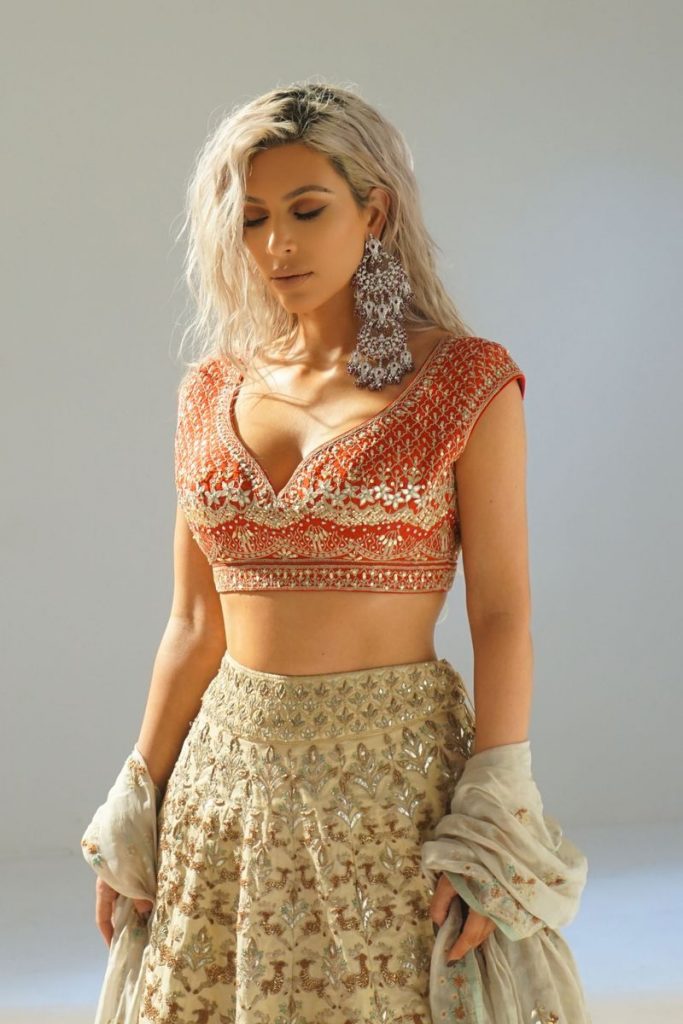 While Kim K doesn’t seem to be profiting from wearing a maang tika or sporting cornrows, a hairstyle popular among African Americans, some have argued that when caucasians are applauded for wearing things people of colour get judged or mocked for, it can be called cultural appropriation.

Some people pointed that out in the comments section under Kim K’s photo, 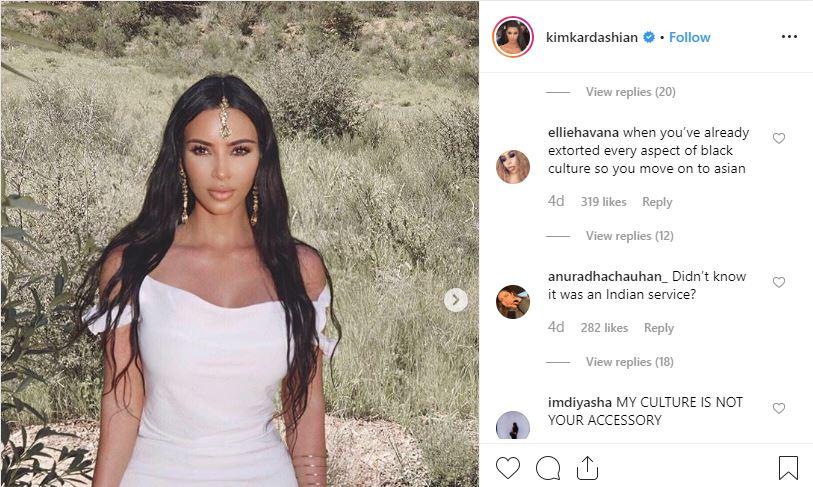 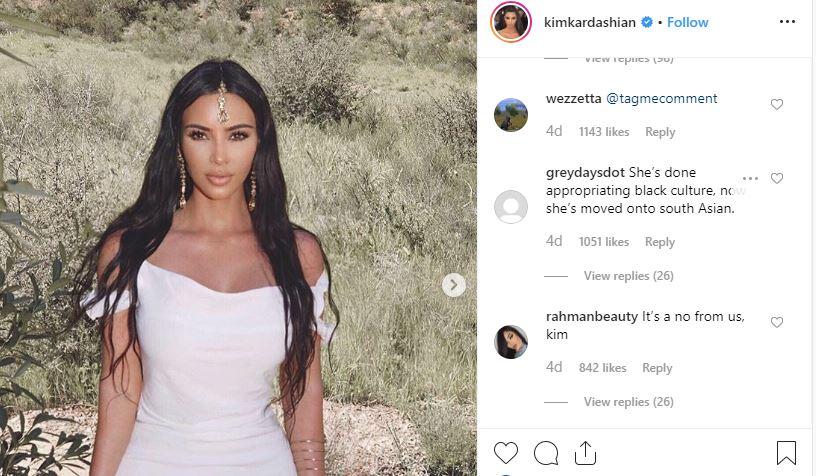 While several others promptly reminded everyone that she had once called Indian food “disgusting” and tried to school her on the cultural significance of the maang tika. 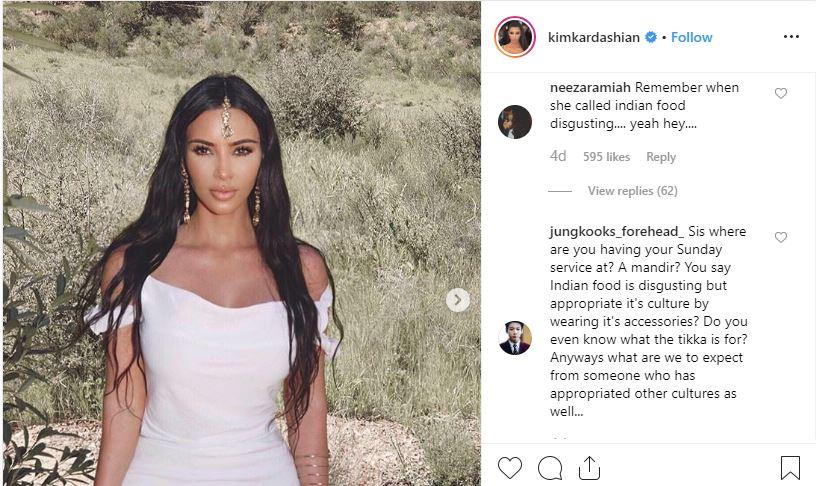 Then there were some who felt Kim K would be better off highlighting her Armenian culture and showing off traditional Armenian jewellery instead. 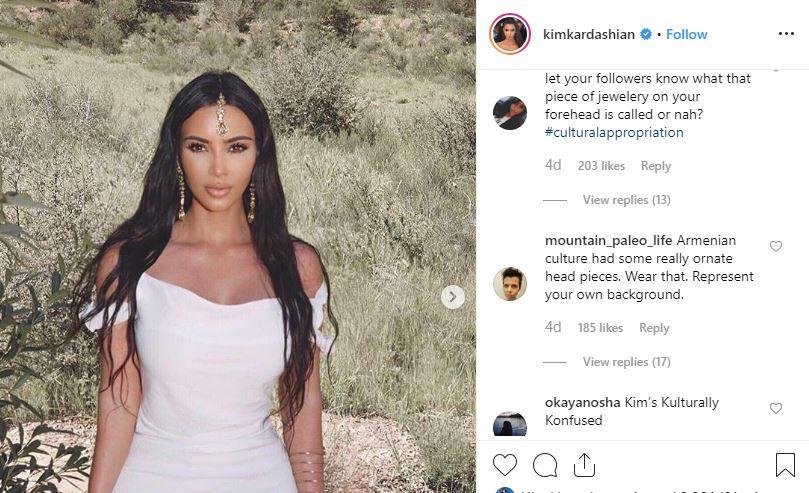 However, some people are just more concerned about how heavily Photoshopped the picture looks, and that’s that.