Pop singer Katy Perry has gone political again at yet another awards show. At the Brit Awards which were held in London last night, Katy Perry performed her latest song Chained to the Rhythm. During her performance, one could notice the absurd amount of little houses which didn’t make sense that is, until a few minutes.

While Perry barely managed to catch hold of her breath singing and jumping her way through the stage, the white coloured houses swung through the rhythm. When she got to the part in the song where it says, “Turn it up, keep it on repeat/Stumbling around like a wasted zombie,” two skeleton puppets popped up out of nowhere. One dressed as a man in a suit and the other as a woman in a dress, they seemed eerily familiar. 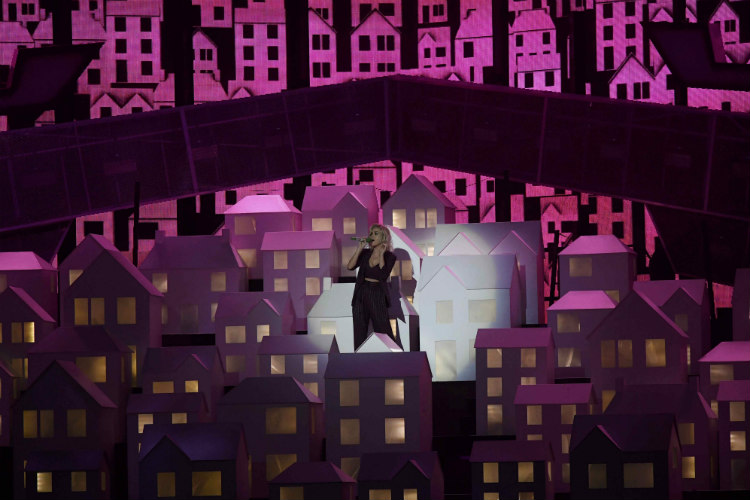 After much reflection, it finally hit us, who they were supposed to be. Remember British Prime Minister Theresa May’s visit to the President of the United States at the White House last month? Perhaps this will help jog your memory. 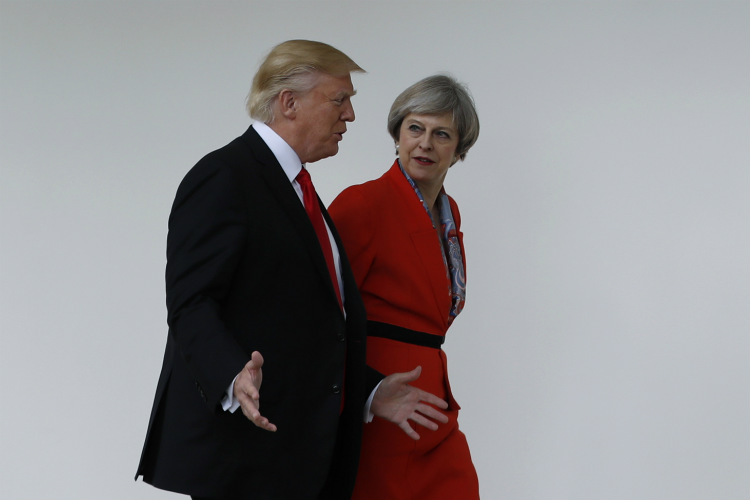 US President Donald Trump and Britain’s Prime Minister Theresa May walk along the colonnades of the White House in Washington. (Courtesy: AP/Pablo Martinez Monsivais)

Now, all those little white houses make sense, don’t they? With lyrics like, “So comfortable, we live in a bubble, a bubble/So comfortable, we cannot see the trouble, the trouble/Aren’t you lonely/Up there in utopia/Where nothing will ever be enough?/Happily numb,” the song was the perfect hit at POTUS and the British PM and it would have been perfect had it not been for one person.

During the performance, one of the white house background dancers fell off the stage. Perhaps compromising their eyesight with the prop wasn’t the brightest idea. Needless to say, both the falling dancer and Katy Perry went viral.

The brits Katy Perry couldn’t even save the house #brits pic.twitter.com/vTypOvHarN

Ever since the election of Donald Trump as President (and before that too), Katy Perry has ardently opposed him and even supported his rival Democratic Presidential nominee Hillary Clinton.