The comedy king Kapil Sharma has moved to the Bombay High Court challenging BMC’s order to raze down illegal portions of his Versova office. It all started when Kapil Sharma complained to Prime Minister Narendra Modi stating that he is paying Rs. 15 crore as income tax from the last five years and still has to pay Rs 5 lakh bribe to Brihanmumbai Municipal Corporation (BMC) office every year for making his office. He took to Twitter and addressed Narendra Modi by saying, ‘Is This your Achhe Din’.

Maharashtra Chief Minister Devendra Fadnavis soon took notice of Kapil’s tweet and called for “strictest action”. The Maharashtra CM asked Kapil to provide all the information regarding the bribery allegation. He said, “We will not spare the culprits.” Soon Kapil Sharma was accused by various parties, including the BJP, Shiv Sena and Maharashtra Navnirman Sena, demanding an unconditional apology from the comedian.The Mumbai police then booked comedian Kapil Sharma. Spokesperson DCP Ashok Dudhe told IANS that following a complaint by the Andheri Tehsil Office, a first information report has been lodged against Kapil under provisions of the Environment Act by the Versova Police Station. He was booked for flouting eco-laws. 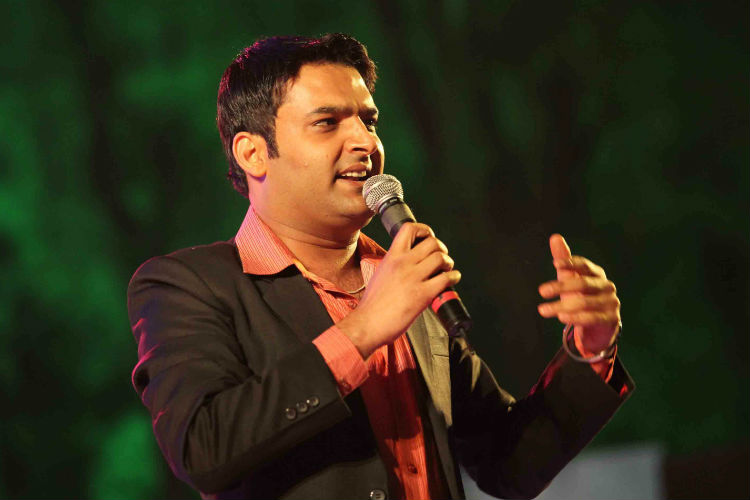 The actor had purchased Bungalow No.71 in MHADA Colony in the posh Four Bungalows area of Andheri west from one Baran Adaersh on November 7, last year. Kapil had dumped the debris of the repair works in the mangroves behind his bungalow and is also accused of making illegal new constructions near the mangroves. After conducting a survey, the talathi (revenue department officer) of Andheri Tehsil also submitted his report to the Mangroves Cell and the police after which the actor has been booked. “We have recorded a complaint against the actor under Sp. LAC No.87/16 under section 15(1)(2) of the Environment Act,” Dudhe added. This is the second FIR against the actor lodged by a different police station since his controversial tweet.

It seems the comedian has decided to take this fight to the upper jurisdiction. Kapil Sharma has moved to the Bombay High Court for justice.