Filmmaker Anurag Basu and his team released a new picture of Ranbir Kapoor from the sets of Jagga Jasoos on the occasion of Children’s Day. While several photos have already been released from the sets of the film, the latest one looks super cute to say the least. Ranbir looks like a kid dressed in black coloured shorts and a green coloured sweater. With other kids dressed similarly as of Ranbir, the still looks like taken from a scene in a hostel’s mess.  Standing at the top of the table, Ranbir looks happy and his nerdy avatar will be cherished by fans. 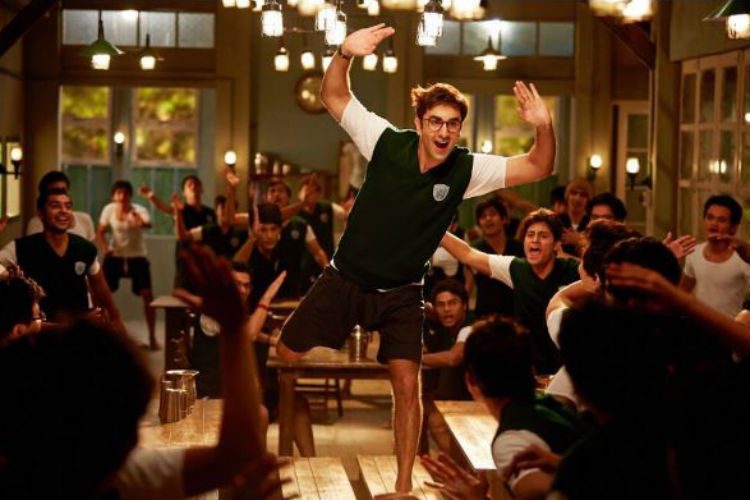 Jagga Jasoos has garnered a lot of eyeballs for getting delayed. The fact that it features Ranbir Kapoor and Katrina Kaif in the lead alo adds to the anticipation around its release. While the two were dating each other when they started working in the film, they drifted apart later. Interestingly, the makers have surprised the fans with Ranbir Kapoor’s picture but they did not share Katrina Kaif’s look from the film and we wonder why? 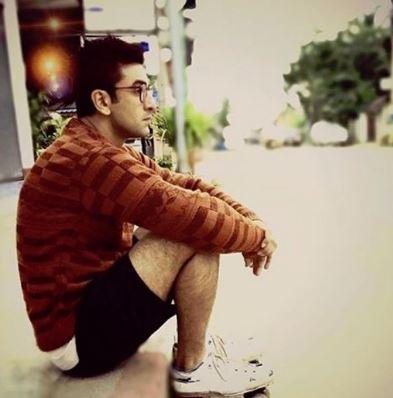 The official handle of the UTV Motion Pictures shared a message along with the photo. The message read, “Presenting and exclusive still from the sets of #JaggaJasoos shot on children’s day.

The leaked pictures from the sets do have Ranbir Kapoor and Katrina Kaif together but when it comes to the solo pictures of Katrina Kaif, it seems that the look of Katrina Kaif is still kept under wraps. As per Anurag Basu, Jagga Jasoos has been delayed by six months and he has no qualms about it. He told IANS:

Jagga Jasoos is the debut venture of Ranbir Kapoor and Anurag Basu’s production house named ‘Picture Shuru Productions‘. Though we loved this sweet surprise, it would have been better if we could see more of Katrina Kaif’s bubbly and chirpy look along with Ranbir’s. The film is slated to release on April 7, 2017.