It seems 2017 is a busy year for Saif Ali Khan as he has films like Bazaar, Chef and Vipul Shah’s untitled project in his kitty. If rumours are to be believed, Saif Ali Khan will also be seen in Navdeep Singh’s next film, where he would be playing the role of a commander-in-chief of the Mughal imperial army. Produced by Aanand L Rai, the film is based on the battle of Buxar and will see Saif essaying the character of Mirza Najaf Khan.

After Vishal Bhardwaj’s Rangoon, this is the second time Saif will be seen working in a period drama. However, nothing has been confirmed as of now, as the official announcement is yet to be made.

Of late, the Cocktail actor is busy shooting for his next film Chef, which is the Indian remake of Hollywood film of the same name. The film features Jon Favreau, Sofia Vergara, Scarlett Johansson and Robert Downey Jr in pivotal roles. Apart from Chef, he will also be seen in Bazaar, whose first look poster was released recently. The poster which sees a determined grey-haired Saif dressed formally and caught, perhaps, in his own thoughts, reads, “yaha paisa Bhagwan nahi, par Bhagwan se kam bhi nahi.” Take a look here: 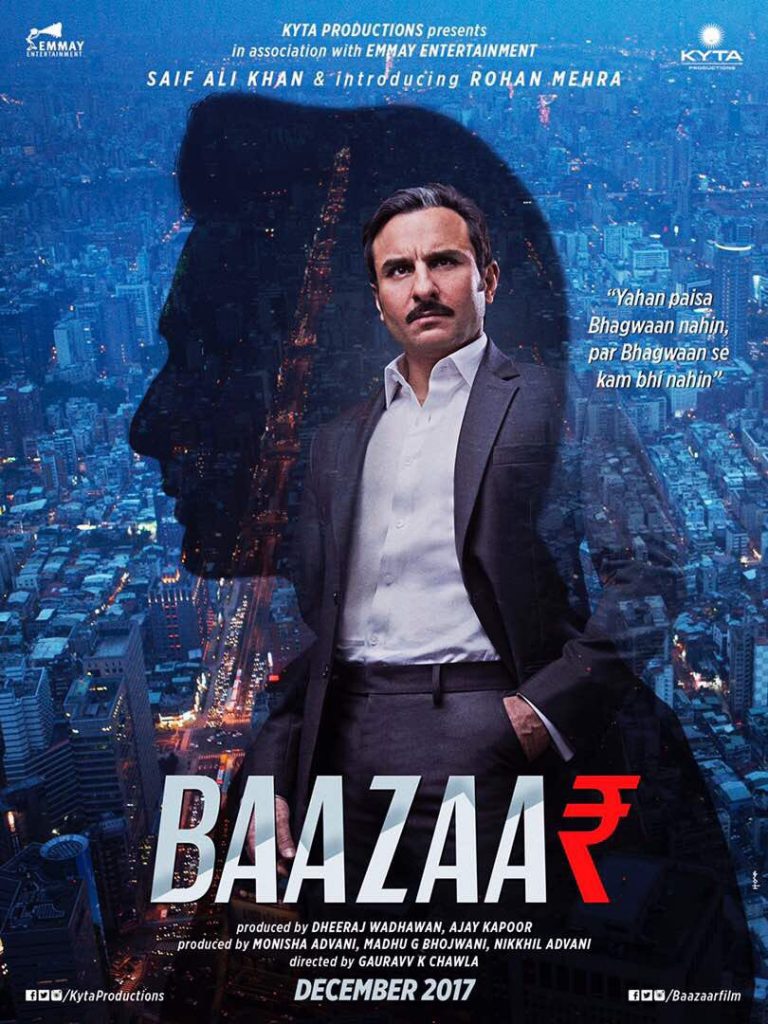 Based on the cocktail of city life and stock trading, Saif Ali Khan is back again to surprise everyone with his yet another avatar. Directed by Gauravv K Chawla, Bazaar also marks the Bollywood debut of the late actor Vinod Mehra’s son Rohan Mehra.

Talking about the release date of Saif Ali Khan’s movies, Chef is slated to hit the silver screen on 14 July, while Baazar is scheduled for December release.