A documentary film-making is a different experience for both the makers and the audience. It’s sad that most documentaries do not really find their ways into the hearts of the audiences. Simply because the masses need to juggle to reach up to them. Just how many documentaries would have we really been able to watch, if we didn’t have a platform like YouTube.

National award winning writer Anand Gandhi says cinema has a power to transform intellect into conversations that can bring change. A change which can make us understand ourselves better. And a change which can educate us to demand better things in life — like good cinema.

During his last visit to Delhi, along with the director of a film which he has produced, the Ship Of Theseus writer opened the house for discussion with InUth. Here’s a part of a thoughtful chit-chat we had with Anand and Khushboo Ranka, director of An Insignificant Man.

The film is based on the story of Delhi’s current Chief Minister Arvind Kejriwal. And to the makers’ own admission, it comprehends his life in a way which is just like any other aam admi.

Why have you made a film on Arvind Kejriwal?
Khushboo: I think that it’s a fantastic story that has captivated many people. There’s no doubt about that. When we decided to make a film on him, there were not many people thinking of the same. And we were new filmmakers so in that sense, we didn’t have much to lose. There’s this disruptive force here (AAP) which nobody knows how to deal with. They present ideas which everybody think are shocking to immediately absorb. And for any film, this is a great premise.

Was there any kind of apprehension that the film might come across as a pro-AAP project?

Khushboo: No. I think that’s a ridiculous apprehension to have. Because as documentary filmmakers, you choose subjects. And it’s a juvenile reaction to say that the film is a pro or an anti-AAP film.

So how did you coordinate about this idea?
Anand: Khusboo and Vinay had this idea about following this movement that was then emerging into a political party. And nobody was taking that political party seriously at that time. There was no conversation about how it’s going to shape-up. And they thought that it’s a very interesting story to at least record for posterity. If nothing else, after 4-5 years we’ll be able to say ‘oh this is how things shifted in this direction.’ There was a shift happening in our paradigm and our conversation around our democracy demanded a very rigorous record and I believed in that foresight. I thought that there was a lot of intelligence in that foresight in understanding that there’s a huge audience and I am that audience. As filmmakers, we have to target young people who still have not made up their mind. The same philosophy Khushboo and Vinay had, which really inspired me.

How does it impact you as a filmmaker when the central character of your film is a person who is as known as Mr Kejriwal? Or does it not create any difference at all?
Anand: So when we were making the film, he wasn’t that famous. We used to shoot when he was walk on the streets alone or may be when he was surrounded by a very small group of people who were asking him innocent questions. And you actually see the transition of man’s growth here. And because our cinematic mode is observational, our film doesn’t have any interviews or voice overs. We have not interviewed him at all. We stood in a corner of his room and recorded things as they were happening. 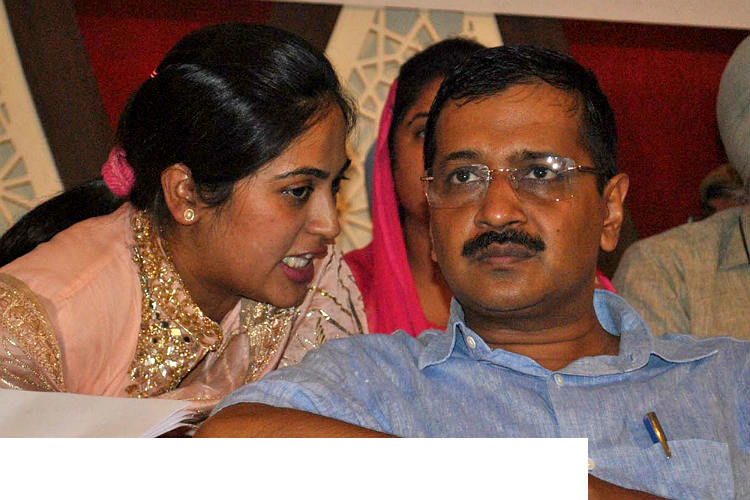 Your film, Ship Of Theseus received a national award. You started working in the industry by writing for popular Hindi soap operas. What excites you now? Who do you target now?
Anand: I am naive enough to aspire something big now. And that’s fundamentally transforming the cultural landscape of this part of the world.

And how would you elaborate on that?
Anand: We do that by making a lot of cultural documents that will bring intelligence and rigour into a conversation. This will make us and help us become more eloquent and give us more abilities to articulate. And transform our insights and perspective.

And how would you go about it?
Anand: The way to go about it is to hopefully do this piece by piece, at one layer over another of these huge cultural pieces of conversation.

But how do you use cinema as a tool to unravel these layers to transform the ‘cultural landscape’ as you just said?

Anand: We put a lot of insight into what we do. We try and distill our insight into material which is engaging and entertaining. And also which invites and seduces. Then design and package it really well. We build the infrastructure around it and make a distribution around it. We are building everything from scratch and in doing it, the first few years show very few results and then it keeps accumulating. We achieve masses hopefully.

Something that disappoints me currently is to see whatever we have done, we have failed to reach our target audience which is youth. What I want to do is to build the infrastructure so that they will be compelled to watch our content. Because we are making it for young people.

So where do you see the gap to be filled?
Anand: There’s no infrastructure. There’s no pipeline. There’s an audience, there’s a demand and there’s a supply. There was a demand, but nobody catered and so the demand couldn’t exist. The moment we build this supply chain with films like Ship of Theseus or An Insignificant Man, the supply also comes into existence. So there’s nothing to connect with the demand and supply.