Actor-turned-legislator KB Ganesh Kumar is in the eye of a major controversy over an alleged audio tape where he can be heard calling the four actresses who resigned from the artistes’ body AMMA as ‘perennial trouble makers’.

These audio clips — which were aired by Mathrubhimi News — were reportedly sent to the Association of Malayalam Movie Artists general secretary Edavela Babu by Kumar. In the clip, the Pathanapuram MLA could can be heard calling the politicians (who spoke up in favour of the WCC) “limelight hoggers” and the four actors who quit as “perennial trouble-makers”.

“These four actors have never been active in AMMA, nor in the field of acting. They never participated in the AMMA shows and are perennial trouble-makers,” Ganesh reportedly said.

Interestingly, Kumar did not spare the politicians as well, despite the fact that he is an MLA of the ruling government. “With regards to politicians, they are interested to give sound bites to TV channels just to stay afloat in public domain,” he was heard saying. 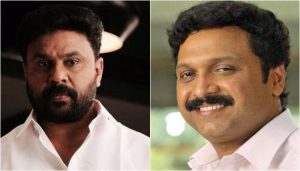 He further advises the AMMA general secretary to “just keep silent” as the outburst over revoking of Dileep’s suspension in AMMA will die down in two days. “You just keep quiet and need not respond. The media is out to create the ruckus and the only thing they have is negativity in their news. What should be noted is AMMA is not a political body, but formed to look after our welfare and hence the public also need not be unduly concerned,” says Kumar.

Meanwhile, Kumar has confirmed that the voice clip that has been made public in connection with the controversy in Association of Malayalam Movie Artistes (AMMA) is indeed his. He also said that he is standing firm on what he said in the voice clip.

“I had to voice my opinion when an attempt was made to destroy AMMA. The voice recording was leaked from within AMMA. I have demanded a probe to find out who leaked the voice clip,” Ganesh Kumar told Mathrubhumi.

Leading Malyalam film actors – Rima Kallingal and Remya Nambeesan – and director Geethu Mohandas had resigned on Monday along with the survivor of the February 2017 kidnapping case in which actor Dileep was allegedly involved. The actor was arrested for a short while on charges of conspiracy in the case related to the abduction and sexual assault of an actress against whom he reportedly had a grudge.

In the latest turn of events, over 100 prominent members of the Malayalam film industry have issued a press statement condemning AMMA’s move to reinstate rape accused actor Dileep and asked the the public representatives who are part of the body to step down, The News Minute reported.

“If the politicians elected by the general public and who are part of AMMA, continue in the organisation despite it taking an anti-women stance, it would mean that they support it. Instead, if they do not endorse AMMA’s stand, we hope that they will voluntarily step down and fulfill their social responsibility to the general public and the women who elected them,” reads the statement signed by State Award winning actor Vinayakan, WCC members Vidhu Vincent, Revathy, Parvathy, Padmapriya, actor and writer P Balachandran, actor Sajitha Madathil, ace directors Aashiq Abu, Rajeev Ravi, Dileesh Pothan, Anwar Rasheed among others.