The fact that Karan Johar and Kajol’s equation isn’t the same as it used to be 25 years back is not a secret. Kajol appeared on the previous season of Koffee with Karan and things were fine between the two. However,  their friendship was tested when the release dates of Ae Dil Hai Mushkil and Shivaay clashed.

Things took a turn for the worse when KRK alleged that Karan Johar bribed him to tweet negatively by Shivaay. That’s when Kajol retweeted Ajay’s tweet “shocked” and things haven’t been fine between the two ever since. K.Jo is now breaking his silence in his new book The Unsuitable Boy.

In his book,  he gets candid and talks about his equation with Kajol. Here’s an excerpt:

“It’s over. And she can never come back to my life. I don’t think she wants to either. I never want to have anything to do with them as a unit. She was the one who mattered to me but now it’s over. […] I wouldn’t like to give a piece of myself to her at all because she’s killed every bit of emotion I had for her for twenty-five years”.

Here are a few more excerpts where K.Jo reveals that he had a tiff with her [kajol’s] husband Ajay Devgn. She,  however, got involved. Karan didn’t reveal what transpired. The only thing he revealed was that he expected an apology from her that never came and that she has killed every bit of emotion in his heart. 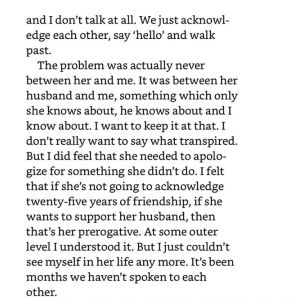 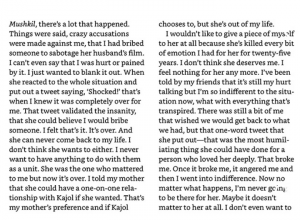 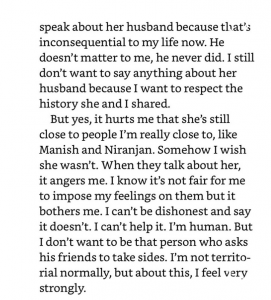 We hope that the dynamic duo-Kajol and Karan Johar would soon patch up and reconcile their differences.