Are you surprised? Read the reason behind this. Recently Abhishek Bachchan appeared on the Sajid Khan and Riteish Deshmukh chat show, Yaaron Ki Baraat, where he revealed his first love — Zeenat Aman. When the host Sajid asked to name an actress who is or was hot, Abhishek was quick to write the name and it was none other than veteran actress Zeenat Aman.

“I fell in love with her during the shooting of Mahaan in Kathmandu. I was just 5-years-old, and one day we all were having dinner in a restaurant. After dinner when she was leaving I asked her, ‘Zeenat aunty where are you going?’ she replied back saying I am going to my room. I probed again, kyun? and she said to sleep! You sleep alone? On which he asked, can I come along? And she said first grow up then,” said Junior Bachchan laughing out loud.

He adds,“Even today when she meets me she will come up to me and says, sweet boy. She is wonderful.” 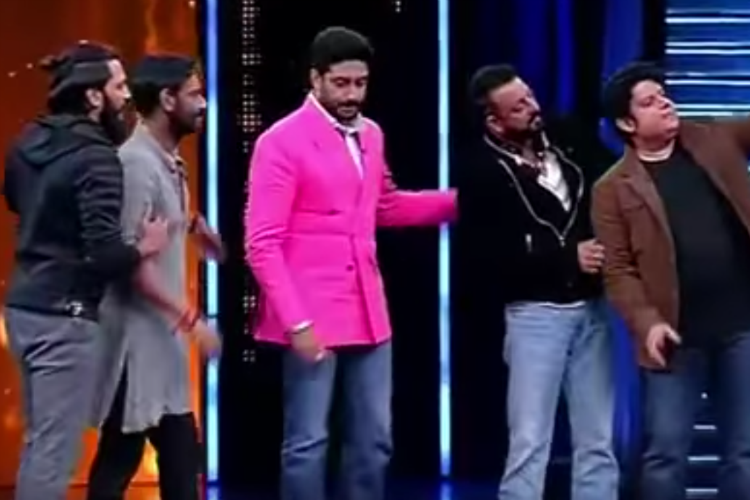 Zeenat has worked with Amitabh Bachchan in more than 10 films and till today is been considered as sexy. Aman’s persona was a contrast to the conservative society of that era. On the show, it was not just Abhishek who wrote her name. Even the other guests on the show including Ajay Devgn and Sanjay Dutt wrote Zeenat’s name on their notepad. Truly Zeenat was a lady to be admired for and no doubt these young actors still admire her.