Wonder Woman is one of the most awaited films of 2017. So, that’s when it hurts so much to hear that the entire plot of the film was leaked online. After a test screening which was held over the weekend by Warner Bros and DC Films, one of the audience members published the whole plot, IN VIVID DETAIL, violating the NDA in the process. Anyway, thanks to that unethical person, we now have an idea about how Wonder Woman will turn out to be. And, in case you want to retain your innocence, do not read any further ’cause, spoilers are a-comin’.

Addressing the obvious or the predictable spoilers first, the film takes off in present day world in Paris. As evident from the official trailer, our Diana Prince can be seen walking the streets of Paris. There, she gets in touch with Bruce Wyne aka Batman through email (also shown in the trailer). While writing the trailer, she recounts her whole backstory which is when we go back a 100 years, in the era of the First World War.

Steve Trevor, the American Soldier played by Chris Pine, is seeking to bring an end to the World War. 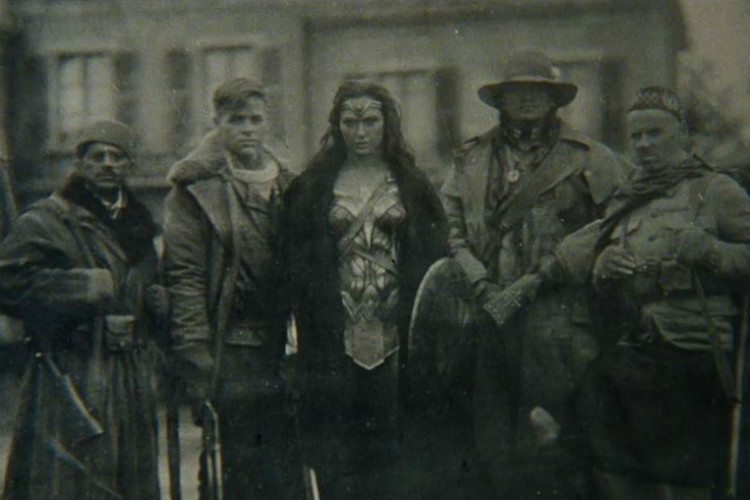 Trevor is also Diana’s love interest. They both end up falling in love towards the middle of the movie.

Now on to the good stuff, Wonder Woman’s backstory starts off with the creation of humanity. Zeus created all of mankind but, Ares corrupts them all. To restore balance and bring order and peace, Zeus creates the Amazon warriors. Frustrated with this, Ares captures and enslaves all the Amazons. Zeus rescues them and then creates Themyscira to keep them safe. A furious Ares kills Zeus following which, the Amazons swear to stay away from humanity. 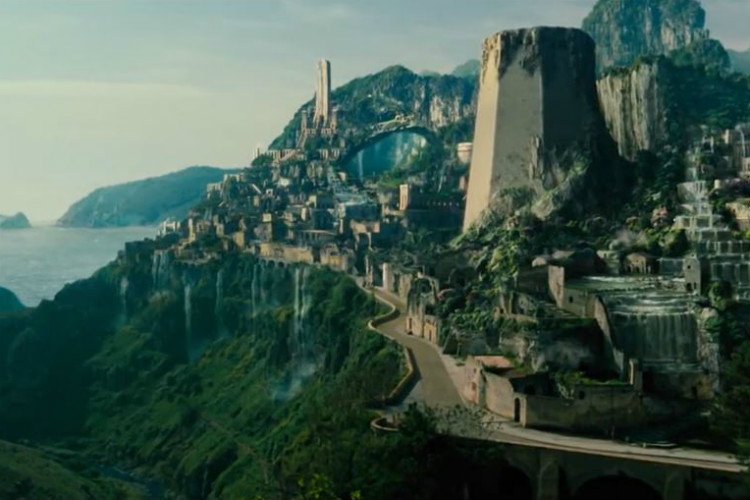 As per reports, Wonder Woman is over 5000 years so, all of this must have taken place around 3000 BCE.

Fast forward to the 20th century, Trevor has stolen a certain book from the Germans which contains plans to create deadly chemicals. He flees but his plane gets attacked by the Germans and they crash land at Themyscira.

A great battle ensues and the Amazons kill all the Germans. Trevor gets arrested and while being questioned, Diana infers from the stolen book that Ares is behind this war. After coming to her conclusion, she steals the God killer sword and leaves Themyscira with Trevor to put an end to it all. 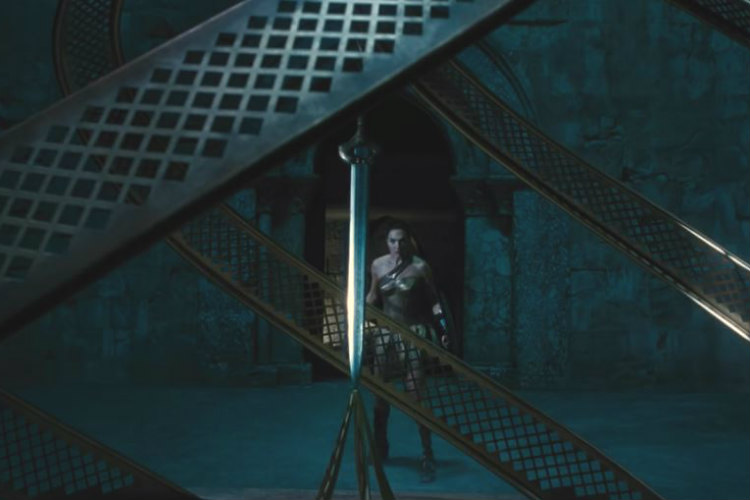 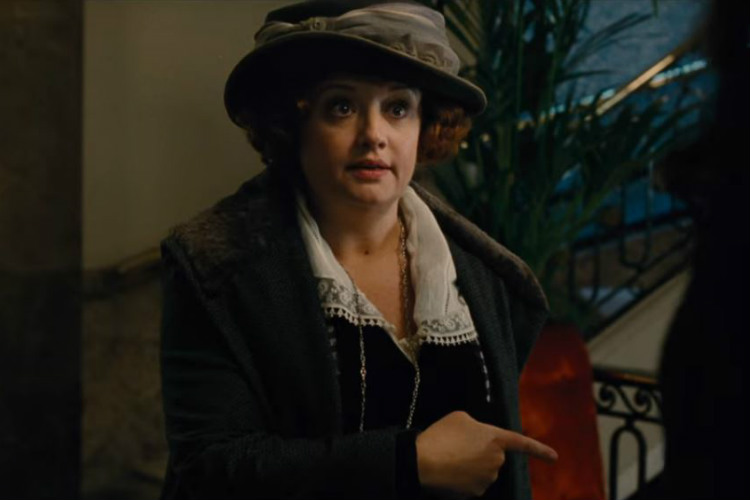 A team is assembled which also includes Steve’s secretary Etta Candy. However, did you notice she’s not present in the group photo of the team that Bruce Wayne sent her? I think her fate’s pretty clear so, we won’t spell it out.

Thankfully, there are a lot of fight scenes. Although, apparently there is an overuse of slo-mos. In one of the fight scenes, she attacks a German outpost herself, destroying it and killing the Germany Army general Erich Ludendorff (Danny Huston), who is the secondary villain.

David Thewlis is revealed to be Ares. He destroys the God killer sword and defeats Wonder Woman. 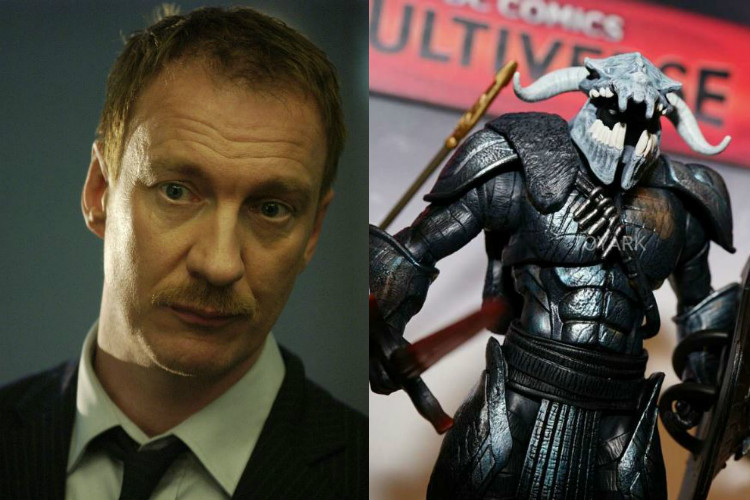 David Thewlis will play the role of Ares, the main villain.

Steve saves the world by foiling Ares’ plans to destroy the world. In the process, he sacrifices himself. 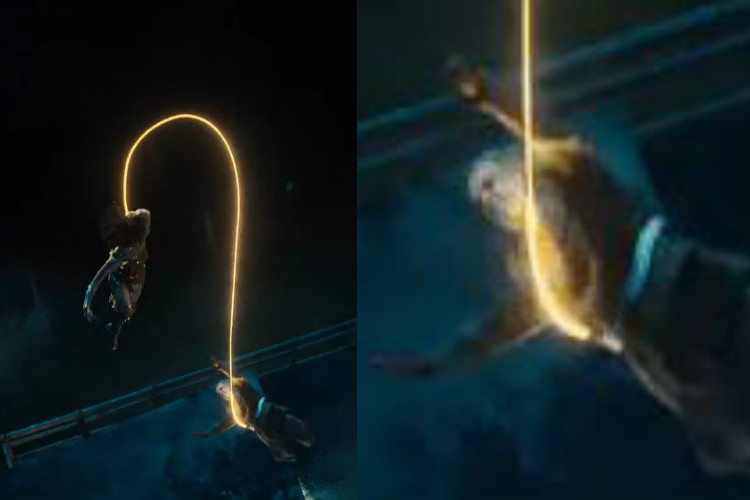 Wonder Woman in battle with a man (presumed to be Ares)

Diana is revealed to be the true daughter of Zeus and not a clay statue brought to life. Turns out, the God killer wasn’t the sword but her all along. Drawing strength from Steve’s sacrifice and her lineage, she beats Ares.

She continues to save the world only to realise over time that it wasn’t Ares but, humanity is innately evil which made her cut off from the world.

Ending her email to Bruce, she says Superman’s sacrifice proved that humans have the potential to be great too and accepts the invitation to the Justice League.