David Schwimmer became the toast of the internet, after UK’s Blackpool police posted an update about a suspect, who resembles the actor to an alarming degree. The man, allegedly stole a jacket, and a wallet from a restaurant. It remains unclear if he ‘bought’ the beer from the supermarket or knicked it off the shelf, like a few other things that evening. 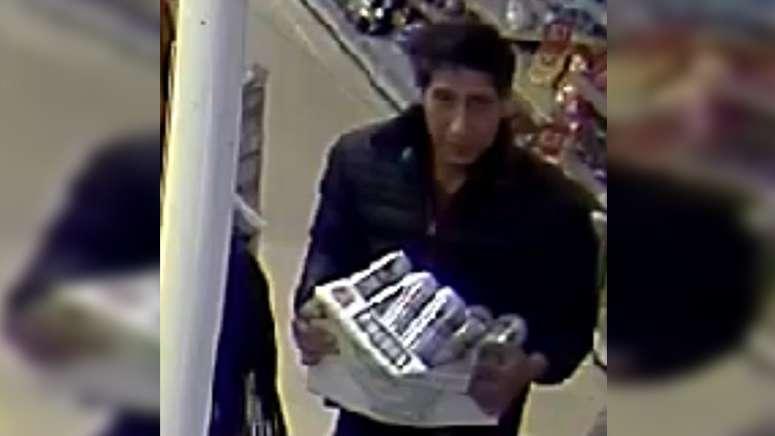 As more and more residents pointed out the similarity to the American actor, the local police were forced to officially rule him out as a suspect. The police issued a statement saying that Mr Schwimmer was not in the country, at the time of the incident.

Many fans weren’t going to let this coincidence pass just like that, so they hurled the picture around social media with some of the most iconic Ross lines like – “Shouldn’t he be at work…or is he on a break?”. Another comment read, “Lay off him. He grew up with Monica. IF YOU DIDN’T EAT FAST YOU DIDN’T EAT AT ALL.”

Officers, I swear it wasn’t me.
As you can see, I was in New York.
To the hardworking Blackpool Police, good luck with the investigation.#itwasntme pic.twitter.com/EDFF9dZoYR

The social media post circulated till the real David Schwimmer took notice of the similarity, and decided to clarify it in the most hilarious way possible. Dressing up like the suspect, Schwimmer put up a video of himself carrying beer out of a supermarket. The caption read: “Officers, I swear it wasn’t me. As you can see I was in New York.”

The incident reportedly took place on 20th September, and even though it’s been a whole month the police officers seem to be taking their own sweet time with this one. Could a case BE more entertaining?