Ever since it was announced that Priyanka Chopra has joined the cast of Baywatch, we were all dying to see her running around in a red bikini on the beach. Sadly, our dreams were shattered when we found out that she wasn’t going to play one of the lifeguards but will be playing the antagonist instead. While it is great that she is playing the villainous Victoria Leeds, the dream to see her in the Baywatch bikini remains.

Now, the new poster for Baywatch has gotten really close to fulfilling that dream of ours. Hopefully, it is not as close as it can possibly get but for now, this will have to do. Donning the iconic Baywatch red colour albeit in a dress. Regardless of it not being a bikini, Priyanka Chopra looks steamy as hell! Well, what else could one expect from our dearest PeeCee.

ALSO READ: Wikileaks founder Julian Assange has a crush on this Baywatch actress 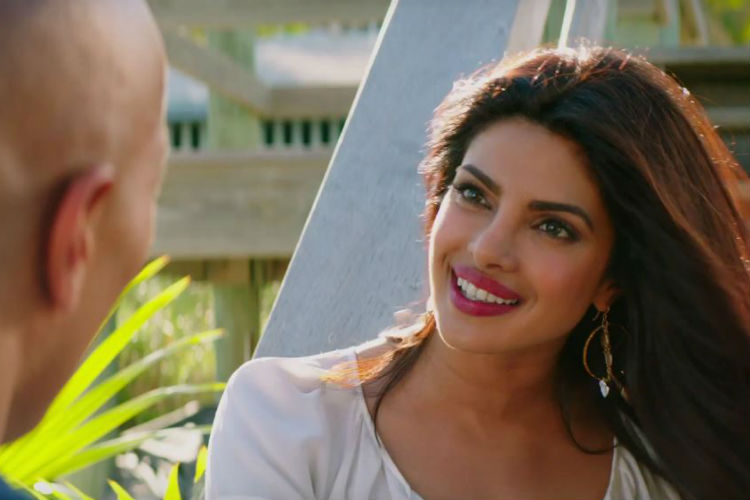 Priyanka Chopra is playing the role of Victoria Leeds, the antagonist of the film.

Priyanka Chopra herself tweeted the latest poster saying, “Being bad can be so good. Coming soon.. #VictoriaLeeds #Baywatch #may26th.”

ALSO READ: Priyanka Chopra’s fans need to calm down about Baywatch promos. She’s not even the star!

Priyanka has proven herself to be one of the hottest members of the cast in all the posters that have been released till date. In the trailer too, she looked pretty badass as we got a sneak peek of her negative side, which she doesn’t do often.

Priyanka Chopra in the Baywatch trailer.