Baywatch has just dropped a new series of posters featuring Priyanka Chopra, Zac Efron and Dwayne “The Rock” Johnson for the upcoming film and they are the epitomai of hotness. The film which is based on a TV series of the same name has been highly publicised and is one of the most awaited films of 2017. Not only is it a reprisal of the hit 90s show but, it is also Priyanka Chopra’s Hollywood film debut.

Titled ‘Summer is Coming’, the posters are a reference to the popular saying ‘Winter is Coming’ from HBO’s hit fantasy drama series Game of Thrones. Priyanka dons a white dress with dark sunglasses in a wintery setting and looks absolutely gorgeous in this new poster. PeeCee will play the role of antagonist Victoria Leeds in the film. Leeds is the new owner of The Huntley Club and will be up against the very burly lifeguards Mitch Buchannon (Dwayne Johnson) and Matt Brody (Zac Efron). 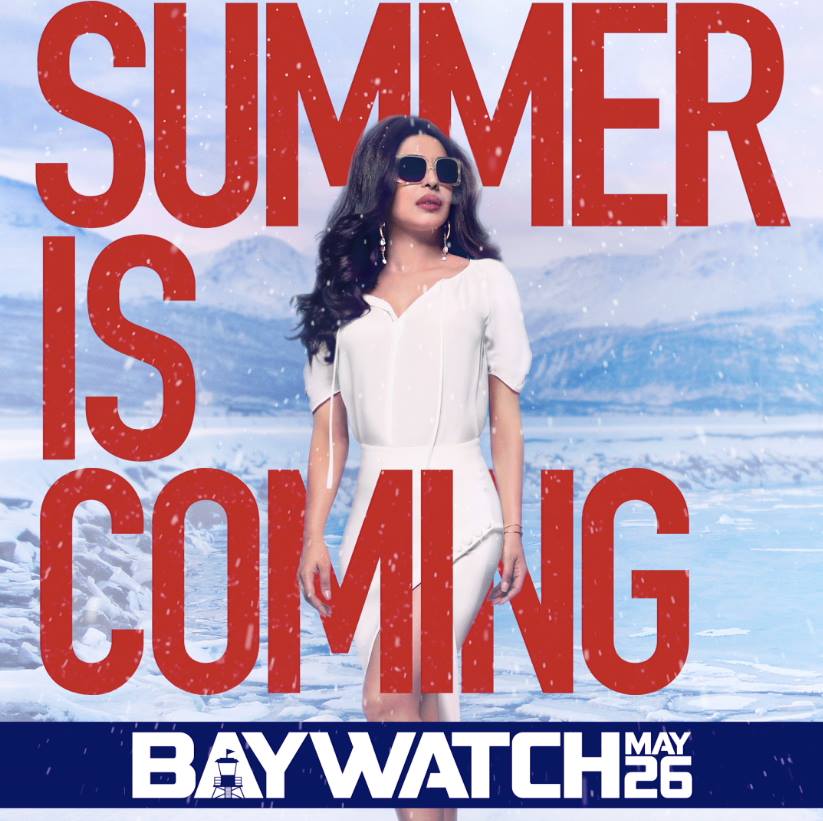 At first, it seemed like Priyanka will have only a minimal role in the film given her microsecond flash in the first trailer. However, given how she has been featured in every other poster, we are convinced that she is all prepared to set fire on the screens. The new trailer gave us a glimpse of how badass her character really is. PeeCee has rarely ever appeared in a negative light with Aitraaz being one of her most memorable roles of all time. 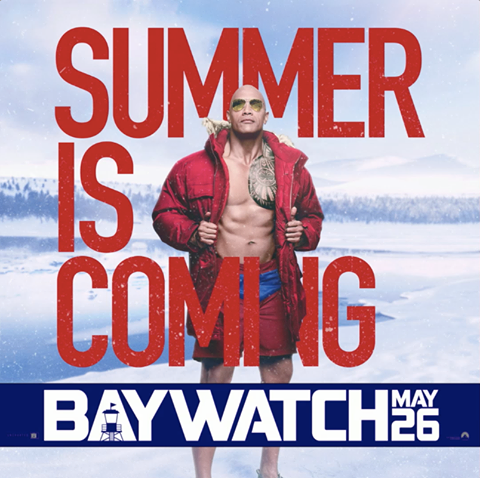 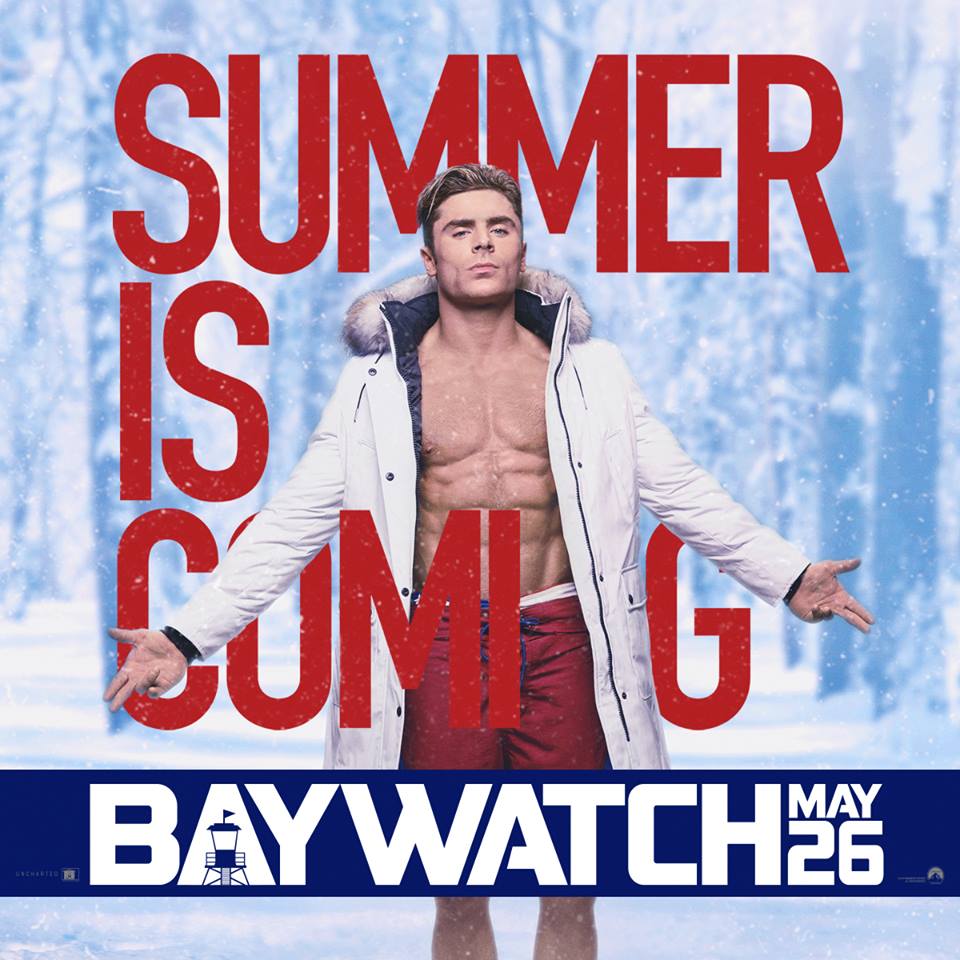 Besides the three hotties, Baywatch stars Alexandra Daddario, Kelly Rohrbach, Charlotte McKinney, Jon Bass, and Ilfenesh Hadera. The film has been rated R and will be released on May 26.