Priyanka Chopra is steadily emerging as a global star. The 34-year-old actress has been slaying it in the west with her charm and more importantly, with her kickass 21st-century independent woman spirit. She does not hold herself back from establishing herself as strong and self-reliant, just as the characters she plays. Recently, while having a chat with Wendy Williams, the Baywatch star probably found her host to be a little disrespectful and felt the need to make her aware of her shortcomings.

On Tuesday, Priyanka Chopra appeared on The Wendy Williams Show for quite a personal chit-chat with the host. The ladies went on to talk about Priyanka’s family and the conversation soon moved over to the actress’ dating life. Now, we all know that Priyanka Chopra doesn’t do dates but, Williams was a bit curious as to why PeeCee chose to bring along a 20 ft train and not a date to the Met Gala 2017. “Why do you always need a date? It’s so overrated,” bang came Priyanka’s reply. “I’ve been at Red Carpets with co-actors or colleagues or whatever but, I don’t feel the need for a date at a Carpet. My mom and my outfit… Strong, independent woman.” 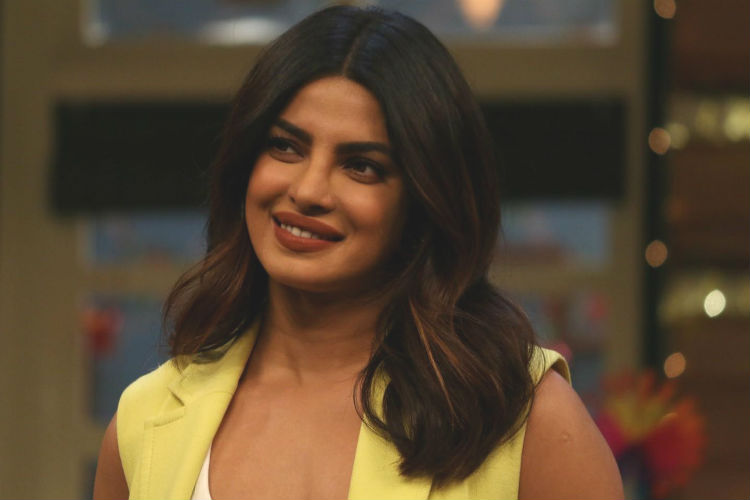 Later on in the interview, when Williams asked if Priyanka was being culturally pressured as an unmarried woman over 30, the actress responded with the swiftest, elegant rebuttal. “One thing, I think this is a global pressure that women get. I don’t think it’s India at all. As soon as a woman hits 30s, everyone around you is like, ‘Why don’t you have babies yet?’,” said Priyanka.

ALSO READ: Not all brown girls are same: Priyanka Chopra to western media

If you think she’s done just yet, you’d be wrong. Well, mostly because the host wouldn’t stop being slightly obnoxious but, whatever. Hoping to get some dirt on a future Royal Wedding, Williams popped the question, “You’re friends with Meghan Markle? Prince Harry’s girlfriend?” Startled at how that’s a defining factor for her friend, Priyanka jumped to her defense and said, “Also Meghan Markle, actress… Suits… Her achievements,” inviting a cheer from the crowd.

here for this perfection pic.twitter.com/0Zq3WjcOGD

Perhaps that is why she’s the queen that she is. Priyanka Chopra might be all nice and warm but if you’re in the wrong, she won’t take it sitting down.