There was a huge backlash this year after Gary Oldman won the Best Actor award at the Oscars for his outstanding performance in Darkest Hour. Gary Oldman was accused of domestic abuse by his first wife, Donya Fiorentino in 2001. And in a year which saw a massive uproar against  sexual misconduct and gender discrimination (the Me Too movement and Time’s Up initiative), rewarding a man accused of domestic violence didn’t go down well with many. But Gary’s son, Gulliver has come out in support of his father.

Gulliver has penned an open letter defending his father and calling the allegations and the controversy that re-emerged after Gary won the Oscar as ‘painful and troubling’. Gulliver, categorically, mentions how Daily Mail approached his mother, Donya for an interview. He wrote:

“Sadly, heartbreakingly, all of this [allegations against Gary Oldman] is revisited in a very recent interview of my mother by a reporter at the Daily Mail — despite all this having been thrown away and discredited as false years ago.” 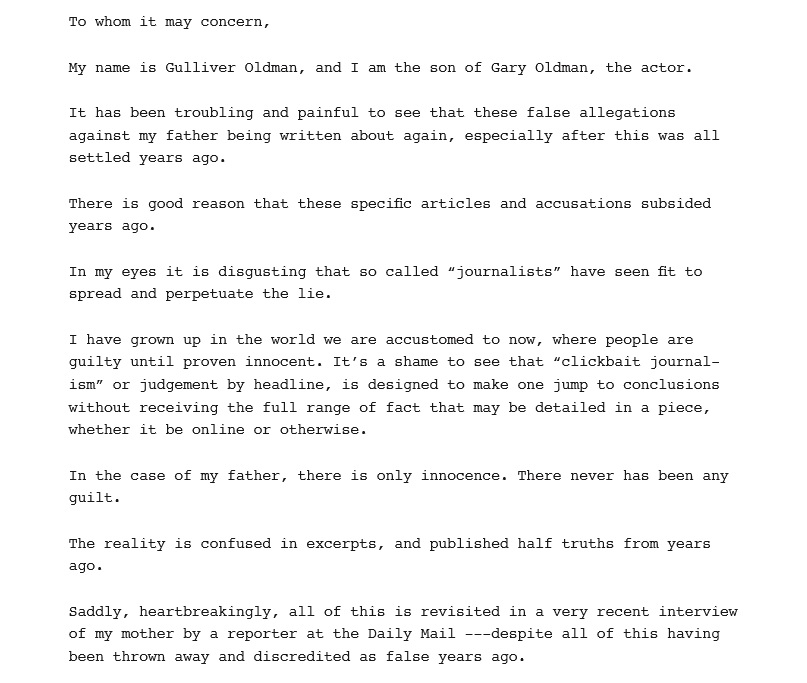 “Custody of children is not given to a wife-beater, and under most circumstances, hardly ever to a man…My mother has been a sad and very troubled person most of her life. Yes, she brought me into this world. She din’t, however, teach me how to be part of it.” 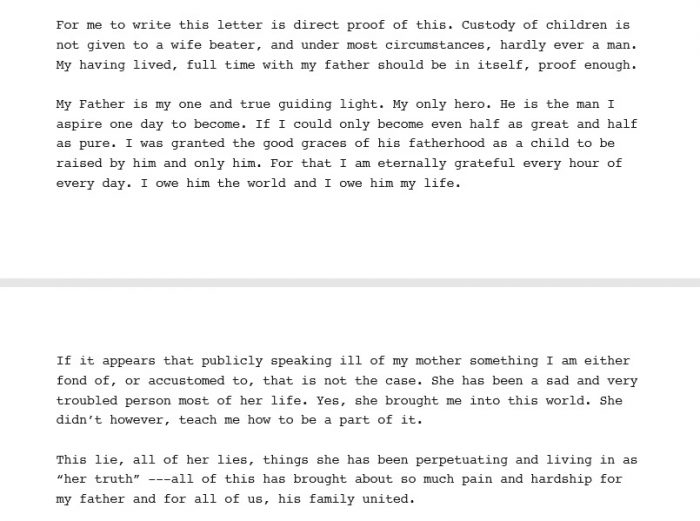 “I want only to protect my father’s character, as a person and as an actor. I know he is a wonderfully kind man, gifted beyond belief, a man who wouldn’t trade anything for the love and happiness of his family. This torment should have ended 16 years ago. In such a momentous year for his career, my father should finally be able to enjoy himself. I hope that we can please make that a possibility.” 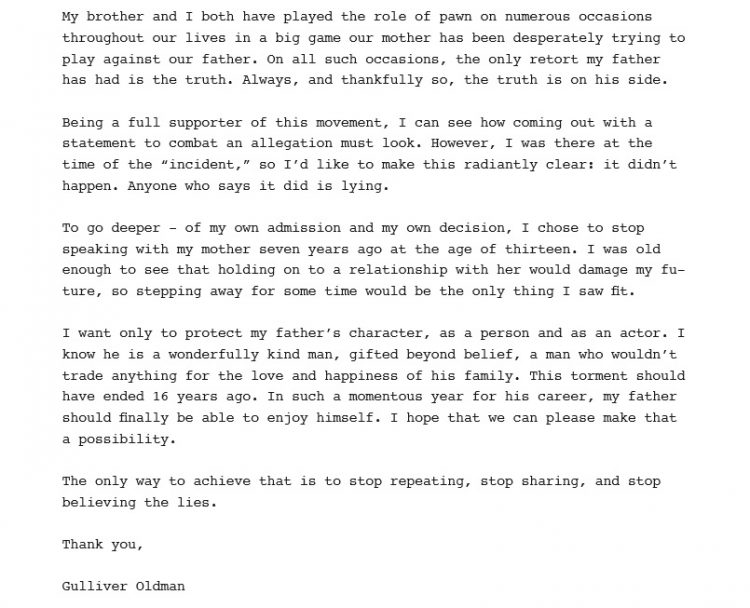 ❗️IMPORTANT – please read AND share!!
Gulliver Oldman’s statment about the totally false allegations against his father Gary Oldman. It saddens us he had to write this, but hopefully he’ll be heard and understood.https://t.co/JKIDGiR793 pic.twitter.com/POJu8bUhTN

Also read: 15 Brilliant Movies That Got Little To No Mention At The 2018 Oscars