Tom Hardy can make anything look cinematic. Whether it is walking with drooped shoulders as a MMA fighter (Warrior) or smoking a cigar like a London gangster of the 1960s (Legend). In Steven Knight’s Locke (2016), the actor made talking on the phone while driving, look enchanting.

Hardy talking to himself makes for great cinema, and that’s why Reuben Fleischer’s Venom works like magic when it shows the actor rambling like a maniac. But in a film that is nearly two hours, those are barely a few minutes of intense Hardy-ism. 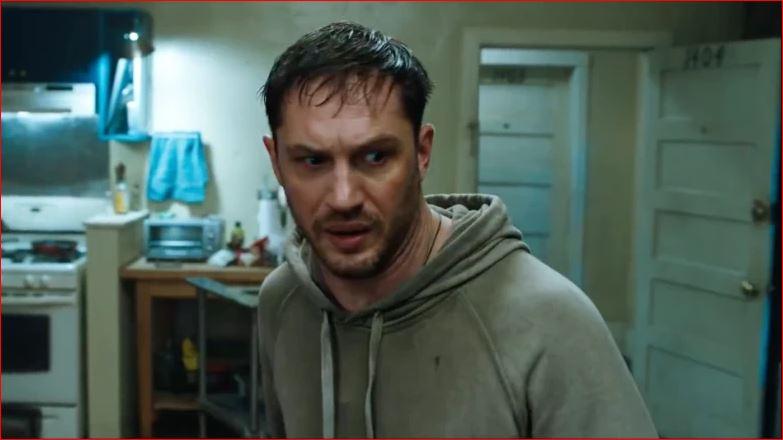 Venom is probably Tom Hardy’s most insipid film till date. Even worse than the saccharine rom-com This Means War, where Hardy took turns with Chris Pine to woo Reese Witherspoon with Sade’s Smooth Operator playing in the background. Venom dwells on a few interesting ideas, but the execution is just not… there. Rejecting Tobey Maguire’s dance routine from Spider-Man 3, the Symbiote in the 2018 counterpart is now a ‘voice in the head’. By blurring the lines between an anti-hero and a mere mortal (who hears voices) entrusted with too much power, the film could have been an affecting psychological thriller. Too bad, Fleischer is more interested in making Hardy’s most brawny film till date.

The film doesn’t even bother trying to dodge *that* opening shot of the Golden Gate bridge, to establish the setting of the film – San Francisco. Eddie Brock (played by Tom Hardy), an investigative journalist is woken up by his loving girlfriend, Annie (played by Michelle Williams), who tells him ‘not to be late for his meeting and that coffee is ready. Cut to a montage of the ‘brilliant’ investigative journalist delivering PTCs for a bunch of ‘important stories’. Till he interviews the megalomaniac tech honcho, Carlton Drake (played by Riz Ahmed), who he accuses of conducting human trials in his pharmaceutical divisions without prior permissions. End of career, end of love story… and we’re only 10 minutes into the movie. This is half-hearted screenwriting and pedestrian direction for a film that recruits actors with the pedigree of Williams, Ahmed, and leading man Hardy. 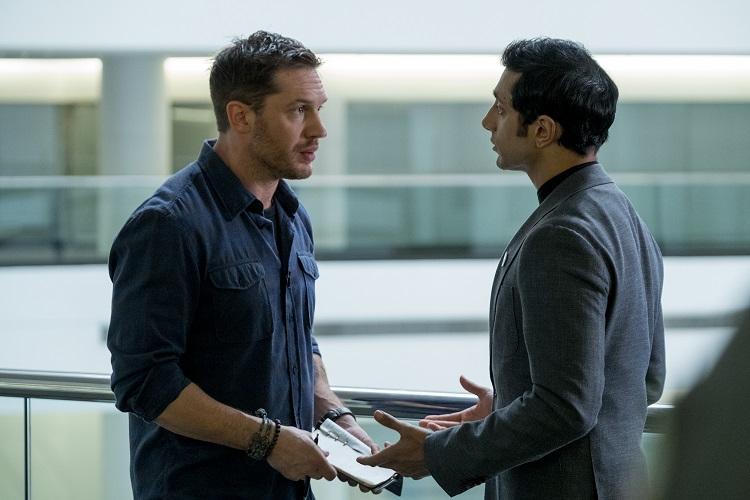 Venom could have gone down the road of Logan, and told a gritty tale of a reluctant hero with strong roots in a genre film. It could have embraced the wild spirit of Sam Raimi’s Spider-Man films, that revelled in its comic-book tonality. The problem with Fleischer’s film is that it blandly hangs somewhere in the middle. The VFX looks dated and the action set-pieces aren’t particularly mind-boggling. Sadly, in a post Infinity War world, perfunctory action sequences look exponentially worse than they are.

Hardy’s Eddie Brock is described as ‘too dumb for a smart person’ at one point in the film. That probably explains why an ‘investigative reporter’ like him ( we know he is one because of the pen and notepad that he carries along) enters a high security facility by simply hiding in the backseat of a car, and goes around sliding the doors for chambers, where (he knows!) human trials took place recently. This facility doesn’t even have CCTV, which is odd for an organisation that commissions space flights and operates drones to pursue targets across the city. 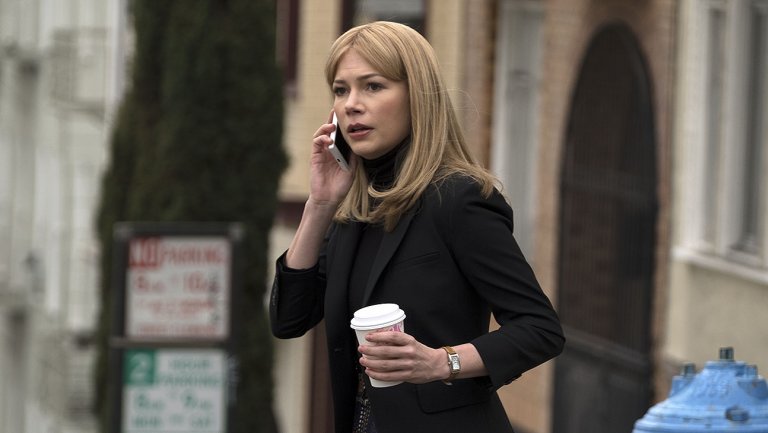 Both Michelle Williams and Riz Ahmed are confined to painful type-characters. She is the supportive girlfriend, and he is  the ambitious billionaire who will not think twice about annihilating the world for a simple ego boost. Hardy tries to have fun with his character but is terribly letdown by a film is more intent on being a ‘generic blockbuster’. The actor has spoken at length about how he saw potential for some great dark comedy in the garb of the anti-hero. And that’s why the final cut of Venom seems to be more of a producer’s film than a director’s.

In a year, when a majority of the films from the Marvel universe are exploding with cracker-like intensity, Venom is a dampener. A mid-credits scene introduces Woody Harrelson as serial killer Cletus Kasady. Go home, Woody. After a forgettable first film like this, only a miracle can make way for the sequel.