Arthur Curry (played by Jason Momoa) or Aquaman, is a half-blood prince. Half of him is an heir to the mythical kingdom of Atlantis, while the other half is a ‘surface being’ – who whines about missing ‘happy hour’ while rescuing a submarine crew. Picking up from Momoa’s breakout role as Game Of Thrones’ Khal Drogo, the actor does precisely little other than speaking in English. All encompassed in tattoos, Momoa gives an impression that only adrenaline and testosterone flow through his blood vessels. He celebrates by downing a massive mug of beer and thumping it on the bar counter. He greets people (who don’t need saving) with a why-are-you-wasting-my-time look.

Built on the ancient trope of the ‘reluctant hero’, James Wan’s Aquaman takes after its leading man and rejects any idea remotely original or interesting. What we get as an end-product is a film so full of cliches, that it could probably fill Mariana Trench. Fine, I’m exaggerating… but you get the drift. 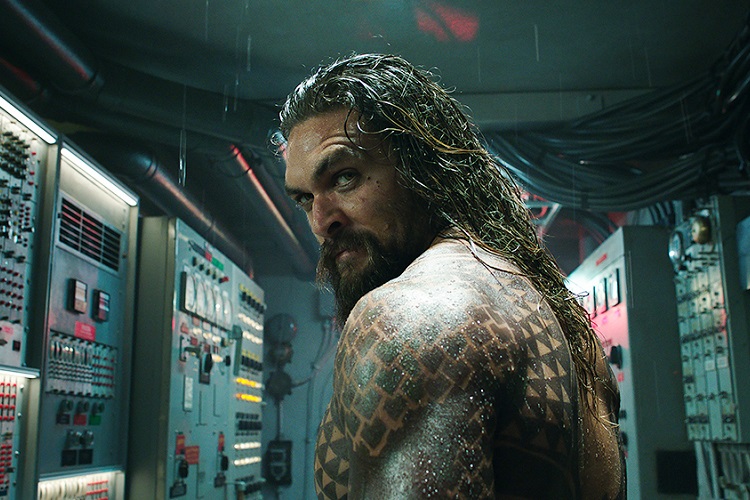 Like star-crossed lovers our hero’s father, Thomas Curry (played by Temeuera Morrison) meets the princess of Atlantis, Atlanna (A goddess-like Nicole Kidman) washed ashore on a stormy night. And between the odd cutesy conversation that follows about whether or not she’s okay and a hot cup of tea, she becomes pregnant with the ‘true heir’ of Atlantis.

(These aren’t even spoilers considering how Warner Bros has released three trailers and two five-minute featurettes as promotional material for the film.)

What is disappointing about the filmmaking here is, that it doesn’t even attempt to challenge the audiences’ expectations. Aquaman is the kind of film when the princess says during an emotionally-charged moment ‘our tears are carried away by the ocean’, to which her husband responds with ‘Here… we feel it.’ 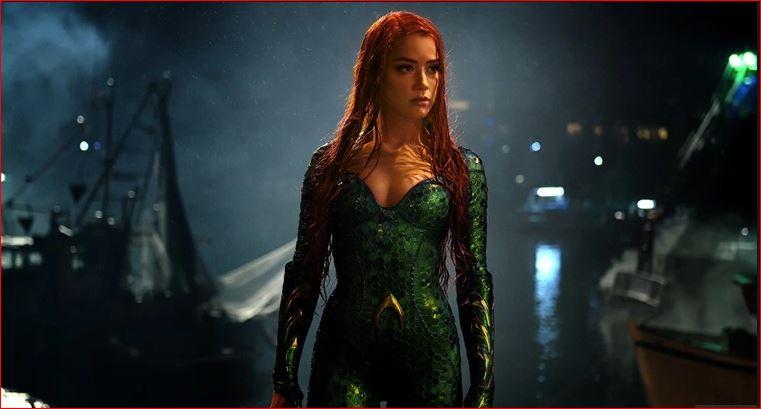 One thing you cannot deny director James Wan, is his spectacular vision of the underwater Atlantis. An octopus playing the war drums during a duel, armies facing off with sea-horses and sharks respectively, tridents (or trishul, like we call it) taking precedence over customary swords and guns. Colourful phytoplanktons, eccentric creatures and a passing reference to Jules Verne (who wrote Twenty Thousand Leagues Under The Sea), Wan seems to have chalked out a blueprint to his world.

Where he spectacularly fails is the pedestrian writing and some embarrassing and wildly unconvincing performances from a cast that includes names like Patrick Wilson and Willem Dafoe.

As King Orm, Patrick Wilson, is arguably the weakest antagonist in the DCEU along with Suicide Squad’s Enchantress (played by Cara Delevingne). He’s not insecure and/or morally repugnant like Joaquin Phoenix’s Commodus from The Gladiator.  And neither does he pose a physical challenge to Momoa, like Michael B Jordan’s Erik Killmonger did to T’Challa in Black Panther. What’s another lost opportunity is how the film fails to utilise Wilson’s creepy presence (done wonderfully in Hard Candy). 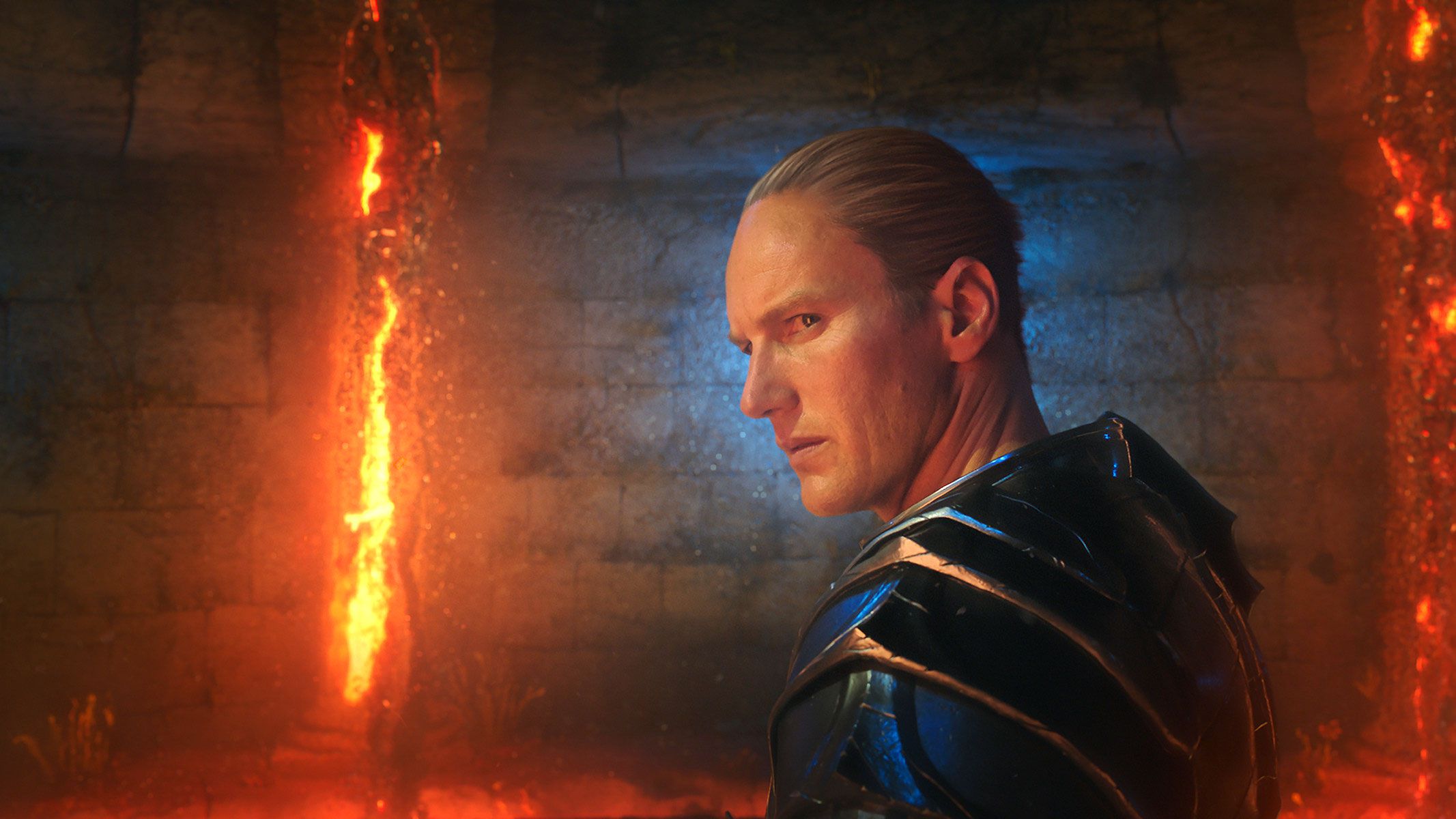 Dafoe exists as the Miyagi to Momoa’s Aquaman, secretly preparing him for the throne, while still being an adviser to Orm. Few faces unravel like Dafoe’s, when he means business. Sadly, the filmmakers seem to be blinded by the riches of VFX to notice their acting treasures.

Amber Heard’s Mera is the eligible warrior princess rescuing our ‘dude in distress’ and setting him on the path of righteousness. Why does she do it? Because she’s pledged her life to the kingdom of Atlantis, and because it’s… right. Never once does she doubt the prophecy, that this guy who speaks using phrases like ‘Mah man!’ might not be able to unite land and sea. Long, expository dialogue is used to explain to him the mythology behind the war he’s about to start, and Curry’s response is an ‘Oh!’ that could rival Sidharth Malhotra in its sheer cluelessness. 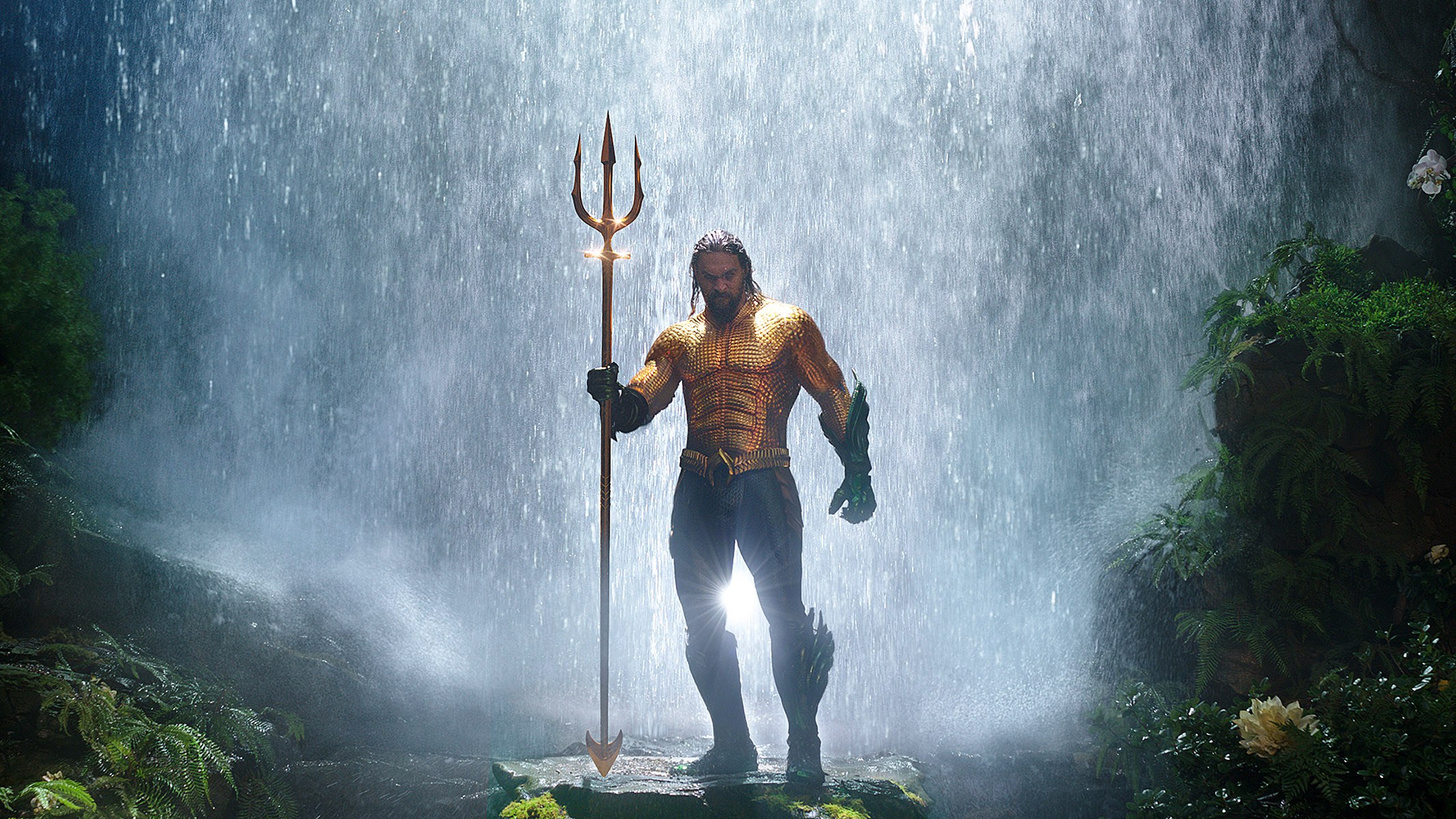 James Wan’s Aquaman is yet another misfire in the DCEU after the appalling Justice League movie. And one can’t help but wonder if the problem seems to be that of the directors becoming overawed by their protagonist. Whether it is Zack Snyder’s Superman and Batman, David Ayer’s trigger-happy Squad or now James Wan’s Aquaman — there is so much emphasis on their protagonist’s masculinity, physical strength, the sexy shirtless scenes and their demi-God stature — that everything else around falls like a pack of cards.

How many more misfires will Warner Bros endure, before they hand the reins to someone like Patty Jenkins’ who found the ‘conflicted girl’ in her goddess protagonist. The DCEU can probably take a note out of the Marvel films, who seem to have aced the art of writing compelling conflicts.

Like most films from the DCEU, Aquaman could have/ should have been much more if it weren’t trying to hit such a generic mark for a ‘blockbuster’. Showing such shamefully low ambition, it’s a miracle that the director convinced so many good actors to sign for a story that has nothing to say.