Winter is finally here and with it come the White Walkers. That’s the message HBO’s latest teaser trailer has to offer. Game of Thrones season 7 will release later than usual this year much to the disappointment of ardent fans but that doesn’t mean GoT lovers won’t get a sneak peek or two before the season premiere.

The barely-there teaser gives us a glimpse into the impending war with a slo-mo walk to the thrones of each of the rivals vying for supremacy in Westeros. Be it Cersei Lannister ( played by Lena Headey) on the Iron Throne at King’s Landing, or Daenerys Targaryen (played by Emilia Clarke) in possibly Dragonstone, as well as everybody’s favourite underdog Jon Snow (played by Kit Harington) sitting regally in the Great Hall of Winterfell. 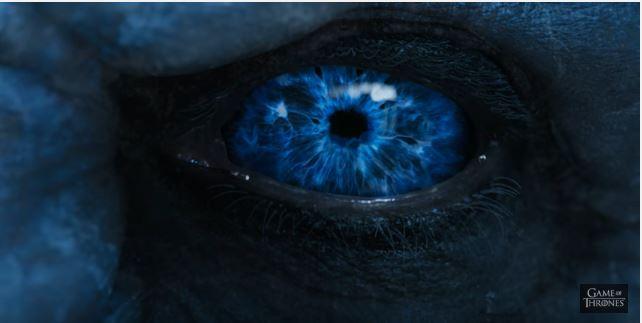 Well, we expect to see a lot of white walkers this season

The last goodbye message is brought to you by the blue-eyed white walker nobody loves – the Night King.

She’ll definitely want to send her regards to Jon Snow and Daenerys Targaryen!

The teaser, titled Long Walk has as spread like Wildfire across the web. Will the Iron Throne go to the Mother of Dragons? Or will Snow finally conquer all? So many questions, very few answers. 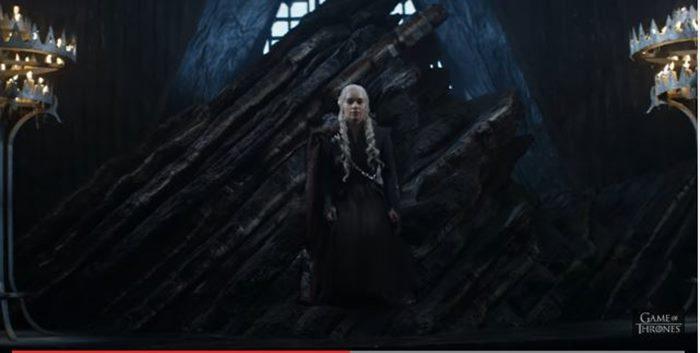 The last time we saw Daenerys, she was sailing alongside Lord Varys to King’s Landing

The Game of Thrones Season 7 trailer has gone all wildfire over the internet as fans across the world wait in the anticipation of what is to come this season.

Just in case you have been wondering which song has been playing in the background, you shall not worry, here’s the song, thank us later and play it on loop.

Once again the makers have chosen the music very carefully as the song ‘Sit down next to me’ signifies the three contenders for the ultimate ‘Iron Throne’. However, a point to be noted is why Peter Baelish or as we call him ‘The Littlefinger’ is not in the promo. Well, we all have to wait and watch, there is nothing we can do about it anyway!

For now, the night is truly dark and full of terrors. Game of Thrones Season 7 premieres on July 7, 2017.