It has been ages since Friends ended but it doesn’t really feel like it, does it? And how could it even if we just keep watching it on reruns and bloopers every now and then. Be it Phoebe’s floopy-ness, Monica’s OCD or Chandler’s sarcastic wit, we just can’t get enough of them. In fact, Chandler’s hilarious one-liners are one of the most iconic things on the show. Getting to that, what would you say is your favourite Chandler Bing line? Kinda hard to pick one, right? We can’t say about you but Matthew Perry sure does have a favourite one-liner.

During an interview with Good Morning America, Perry revealed his favourite Chandler Bing dialogue of all time. Can you guess which one it is? We won’t keep you hanging. Remember that scene with the tailor incident from season 2’s episode The One With Ross’ New Girlfriend? 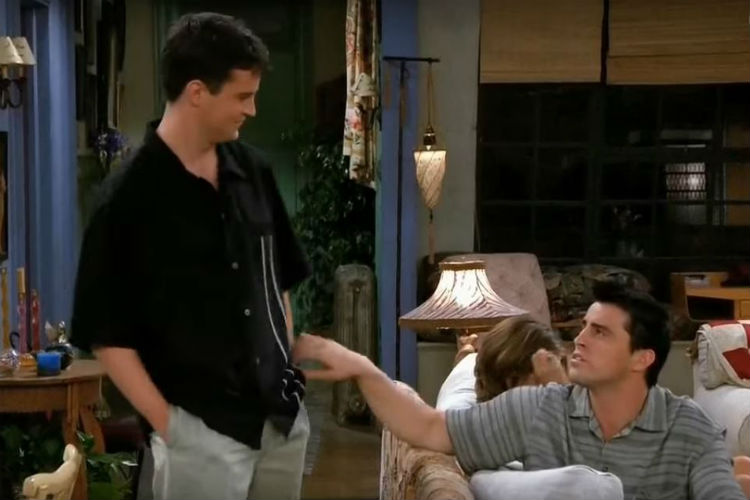 Joey discussing his tailor with Chandler on Friends.

In the episode, after Chandler says that he needs to get new pants, Joey says, “You should go see Frankie, my family’s been going to him forever.”

Here’s the video of Perry’s interview where he made this revelation: