There’s something pure about an ‘unapologetic’ action film. The bullets don’t just ricochet with an audible dishkiyaoon like they did in the good old Hindi films. In a *pure* action film, it’s raining hellfire, where magazines are replenished with ease. Characters within an inch of death somehow pull themselves up on their feet… one last time. Sparsely plotted, the audiences are even expected to go so far as to invest in action-film franchises… because a dog died. Sam Hargrave’s Extraction, set in the cacophony of  Dhaka, aspires to be that lean, mean, sepia-tinted action film. Does it succeed? Yes and no.

Produced by the Russo brothers in partnership with Netflix, the ‘good time’ in Extraction comes in the form of the camera admiring its leading man’s Norse God-like body, and the tattoos carved on it. Chris Hemsworth’s visible strength is used in a few hand-to-hand combat sequences, where he doesn’t just punch… he shatters. Playing the role of a for-hire mercenary called Tyler Rake, haunted by visions of his deceased son, Hemsworth’s character is obviously a pill-popping alcoholic. Too trope-y (minus the self-awareness) for its own good, Hemsworth obviously gets a shot at redemption after being hired to ‘extract’ a boy, son of Indian drug-lord, abducted and held by someone described as the ‘Pablo Escobar of Bangladesh’ (played by Priyanshu Painyuli).

To hammer the point of it being a suicide mission, a character is made to say, “you’re hoping if you spin the chamber enough times, you’re gonna catch a bullet”. Biggest drug lord in India vs the biggest drug lord of Bangladesh – “sounds like some mythic shit”, Tyler tells the audience about his high-stakes mission. It’s hard to begrudge the lack of subtlety in a film like this, where nuance lies wounded… just like the protagonist in the very first scene.

Director Sam Hargrave, who served Chris Evans’ stunt-double in Avengers: Endgame and was a second-unit director on Charlize Theron’s Atomic Blonde, delivers in the action department with meticulously choreographed action sequences taking place in the chawl corridors. In a particularly funny moment, Bollywood song Akhiyon Se Goli Maare plays in the background of an actual shoot-out. Hargrave films the action from close quarters in long-takes, ensuring that the audience is invested in the physical toll of these relentless fights.

What the film lacks in plot intricacy, it makes up for by keeping us clued into the damage done to the characters. Hemsworth’s sprained shoulder, Randeep Hooda’s broken nose, we realise the price these men have to pay for their other-worldly resilience. In a stunning sequence the camera follows Hemsworth’s getaway car, stops with it after seeing that the cops are blocking the way, and then (by some sorcery) the camera enters Hemsworth’s car as he wildly swerves in the opposite direction, in a seeming single, unbroken take. 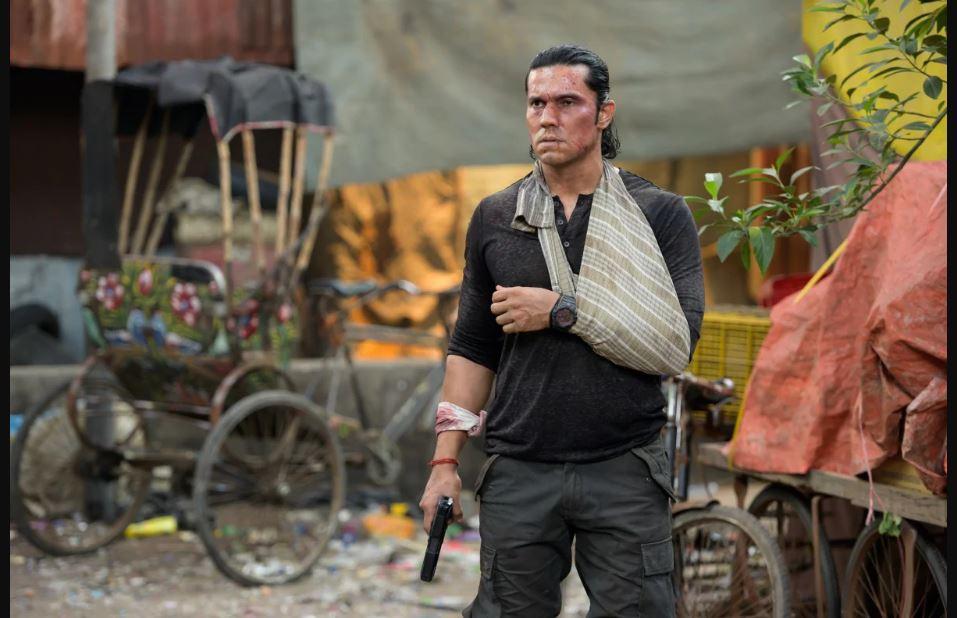 The surprise act in all this ultra-masculinity, is Priyanshu Painyuli’s smooth touch to the Bangladeshi drug lord, Amir Asif. Ruling Dhaka, which looks like a rebooted version of City Of God (2002), Painyuli juxtaposes all that noise by speaking in a manner that never feels hurried or restless. In this homage for the tough guy routine, Painyuli is relegated to being a spectator (quite literally, with binoculars in his hand) by the end. Where the film worships both Hemsworth and Randeep Hooda’s athleticism, maybe it could have done right by Painyuli’s slickness.

For a film with such a workmanlike plot, Extraction is riddled with tropes. One scene unabashedly caters to Tyler’s “pained past”, forcing its audience to feel for a man who keeps pushing his luck with dangerous missions. The film tries to philosophise about parental love (curiously focusing only on fathers), which isn’t really moving because it never feels genuine. The ‘funny’ exchanges between Hemsworth and Jaiswal don’t feel spontaneous enough. There’s a recurring motif of drowning, that doesn’t belong in the film . Instead the film could have unpacked the mind of a mercenary. Leading a life of torment and horror, what makes them hold on to it with such determination?

Sam Hargrave’s Extraction couldn’t (and needn’t be) bothered with such questions. There… there’s another explosion for you.