The latest Beauty and the Beast clip cast its Disney magic across the world. Some of the magical pixie dust also landed at Platform 3/4 when a few Potterheads got hit on the nostalgia nerve over one specific scene in the clip. Fans picked up on a sneaky Harry Potter reference which has left the completely riled up the fandom.

The latest clip, which was released a few days ago, was thoroughly enjoyed by fans as it was the first look at Emma Watson singing in the film. But a few of the Harry Potter nerds went a step ahead and noticed the subtle yet, awesome reference to the film series which we all grew up watching. Let’s see if you can catch it. Here’s the clip:

Meet Belle in this new clip from Disney’s #BeautyAndTheBeast, in theatres in 3D March 17! Get tickets: https://t.co/OVfl7sKZVh pic.twitter.com/yaDSX5uj0H

Did you get it? Okay, let us give you a hint. It comes when Emma Watson, I mean, Belle is talking to one Monsieur Jean from the village. Still nothing? Fine, we’ll tell you. Notice when Belle says, “Have you lost something again?” the man replies, “Well, I believe I have. Problem is, I can’t remember what.” 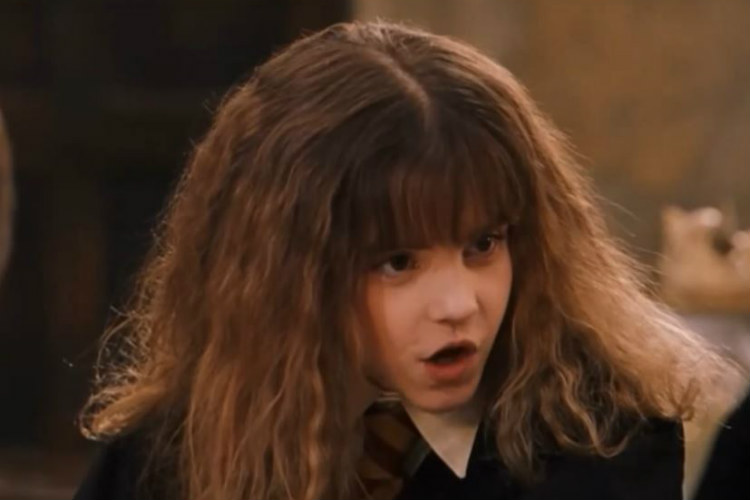 Are you still having trouble remembering? You’re a little bit thick, aren’t you? Alright, remember that scene when Neville Longbottom gets a ‘remembrall’ in Harry Potter and the Sorcerer’s Stone. When Hermione explains to him how the remembrall works, , Neville says, “The only problem is, I can’t remember what I’ve forgotten.” Here’s the full scene:

After catching the sly reference, fans couldn’t hold their excitement in and exploded Twitter with nostalgic posts about Harry Potter.

WHO CAUGHT THAT NEVILLE LONGBOTTOM REFERENCE?! WHERES THE REMEMBRALL AT https://t.co/lmKdUbdTvw

THERE IS A HARRY POTTER REFERENCE IN BEAUTY AND THE BEAST MY LIFE IS COMPLETE.

When there’s a nod to Harry Potter in a Beauty & the Beast remake and your inner child just CAN’T. https://t.co/UTzZ1yK4oE

MONSIEUR JEAN SAYS THE SAME THING NEVILLE DID AFTER SEEING HIS REMEMBRALL IN THE FIRST MOVIE!!!!!
“PROBLEM IS, I CAN’T REMEMBER WHAT” https://t.co/rgZOOD9N0M