The 1990’s was the greatest era of classic romantic films. In fact, it was in the 90s when some of the prominent Hollywood stars like Julia Roberts, Meg Ryan, Richard Gere, Tom Hanks, etc. really came into their own as actors in the genre. Among these huge stars, two young actors- Julie Delpy and Ethan Hawke, won hearts across the world in the 1994 film Before Sunrise. The audience was left spellbound with the magical experience of young love that is heavily featured in the film. So, when the story carried on nine years later in the form of Before Sunset, it was the single most emotional event for all fans. 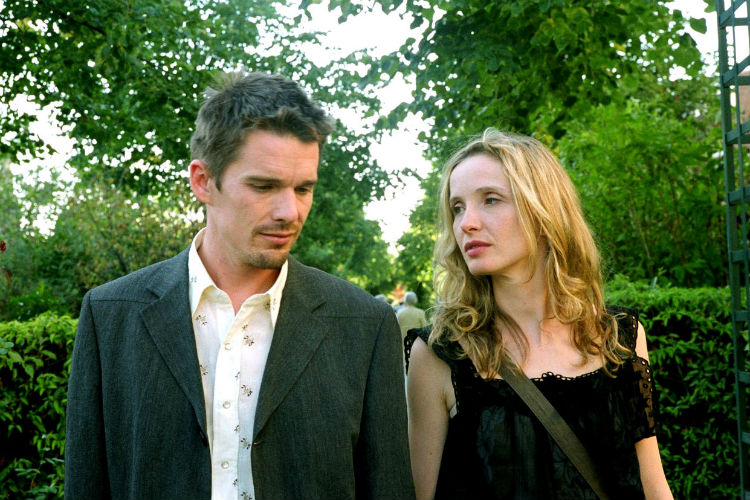 Both Delpy and Hawke had great on-screen chemistry in the first film but it was on a whole new level in Before Sunset. The film boasted a level of maturity in love that is not only pleasing to watch but also ideal. From the moment Jesse sets his eyes on Jesse, it is simply a smooth progressing conversation.

The novelty of the film is that there are no explicit scenes that say these two characters are in love right in your face. The film lacks exposition which is absolutely genius on director and writer Richard Linklater’s end. Yet, you can’t miss the expression of love which is evident in every gaze, every blush and the smile radiating on Celine’s face when she says, “We had sex twice, you idiot!” 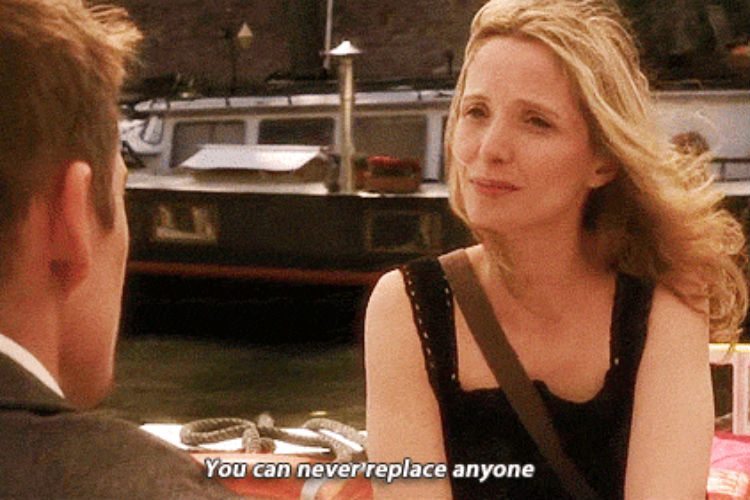 Another thing that’s unique about Before Sunset is that it doesn’t share the notion that love is blind or stupid. Celine and Jesse engage in a casual, intelligent conversation. Starting from Jesse’s complicated married life to politics involved in environmental issues, there are a lot of things one could learn from the film. Yet, it doesn’t feel heavy.

Their “20 minutes and 30 seconds” long encounter continues to extend as they walk around Paris with their faces speaking for themselves; revealing that all they could think about was that one night they had together in Vienna. 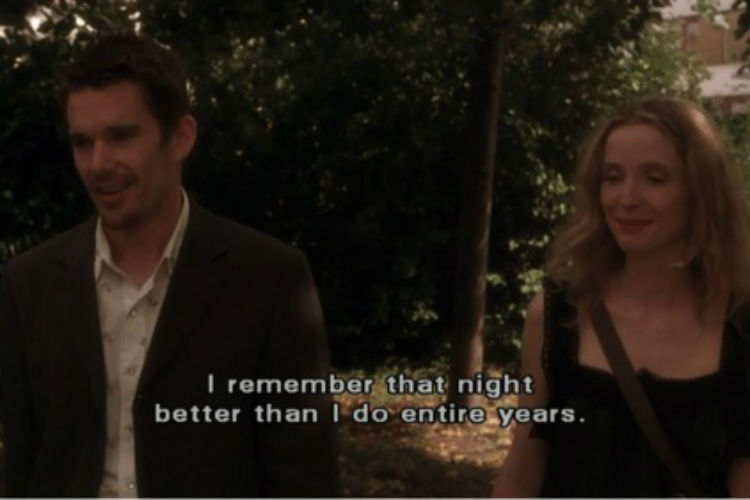 Their evolution over the years- Jesse, becoming a damaged man yearning for happiness and Celine, a thoughtful woman still with a little bit of a fury in her, is impeccable. However, shadows of their younger, more innocent selves prevailed, effortlessly bridging the nine-year gap. As Jesse tries to squeeze in a few extra minutes, they end up at Celine’s flat where they further their discovery of one another.

Eventually, Celine starts to play A Waltz for a Night, which is obviously meant for Jesse, irrespective of how much she denied. As she dances to Just in Time, she imitates Nina Simone and says, “Baby… You are gonna miss that plane,” to which, Jesse replies, “I know.”

The beautiful thing about the three films, including Before Midnight (2012), was that none of them make you crave for a sequel. Although they continue the same tale, they each wrap an individual phase in the lives of Jesse and Celine, which makes the viewer feel complacent and fills them with a sense of sheer bliss.