Golden Globes 2018 can be summed in three words- #MeToo, #TimesUp and Oprah Winfrey. The 75th edition of the annual event moved its focus from celebrity fashion to far more important issues, and we are glad the shift happened.

The event was dyed black by celebrities as a mark of solidarity towards victims of sexual assault and molestation. For once stars did not shy away from addressing the elephant in the room.

Have a look at the incidents which made the 75th edition of Golden Globes iconic:

1) Oprah Winfrey reminded why we adore her:

The biggest takeaway of the function was Oprah Winfrey’s speech after she accepted the Cecil B. DeMille Award. She became the first black woman to win the honour and in her speech remembered inspiring women who spoke up against harassment. After the speech, the hashtag #OprahForPresident took over Twitter.

“I want all of the girls watching here now to know, that a new day is on the horizon.” @Oprah accepts the 2018 Cecil B. de Mille award. #GoldenGlobes pic.twitter.com/hbquC1GBjm

As promised, celebrities painted the red carpet black to stand in solidarity with all who have been silenced by discrimination, harassment or abuse. 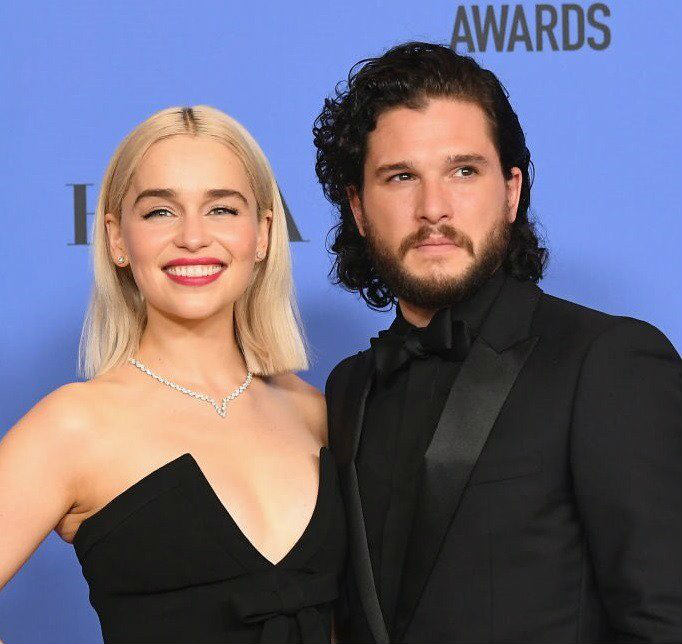 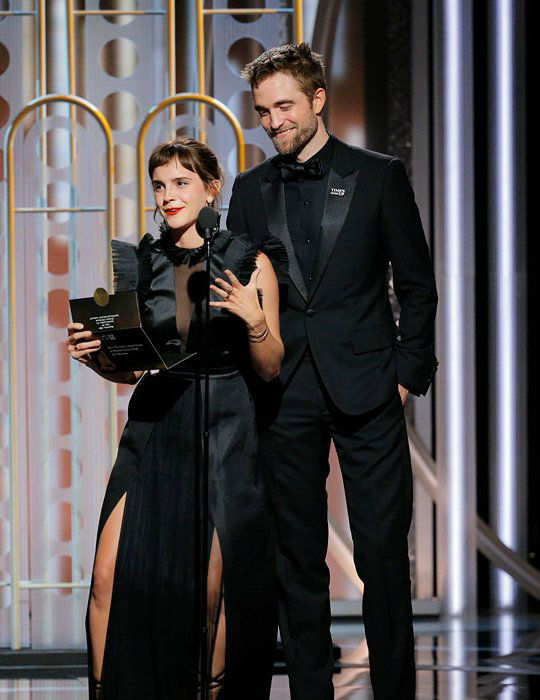 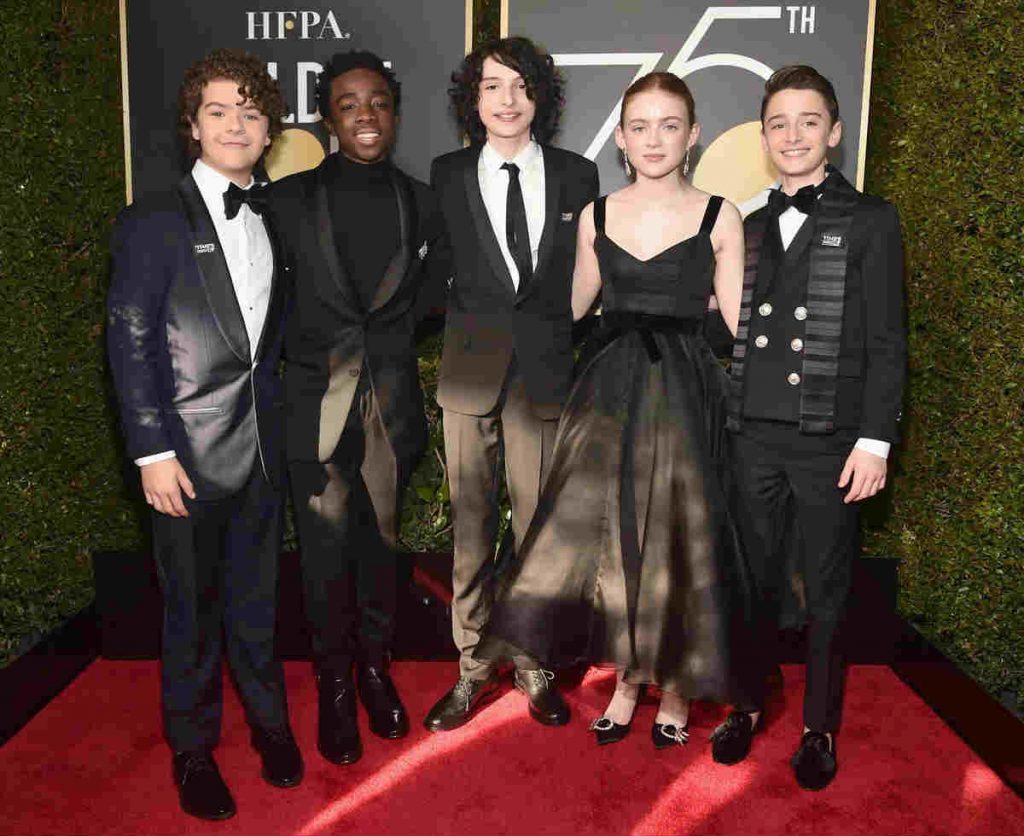 The cast of Stranger Things

3) Activists made an appearance:

Eight actresses including Meryl Streep, Emma Watson, Michelle Williams, Amy Poehler, brought activists with them as their guests and turned the microphone towards them when interviewers asked about the decision to wear black. 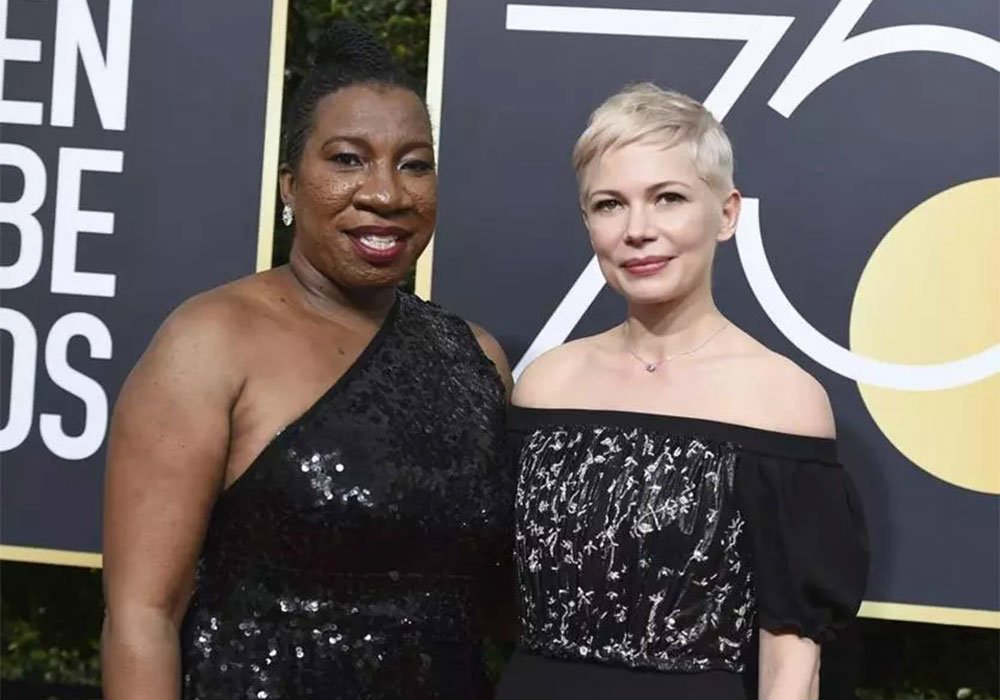 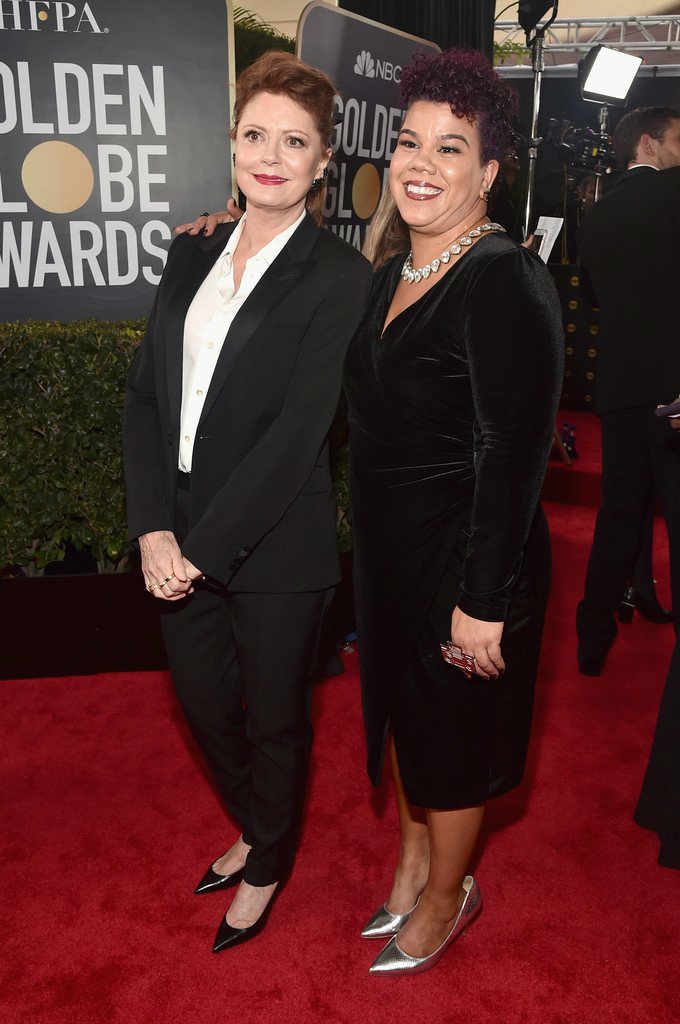 Amy Poehler arrived at the red carpet with Saru Jayaraman, who advocates for restaurant workers, and fights for raising wages 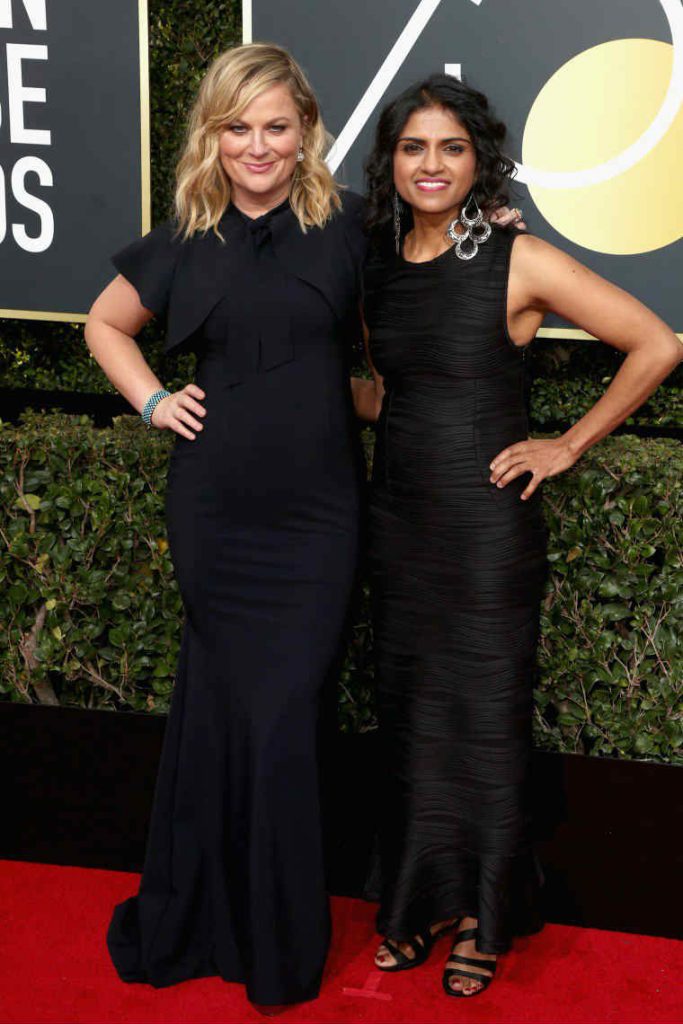 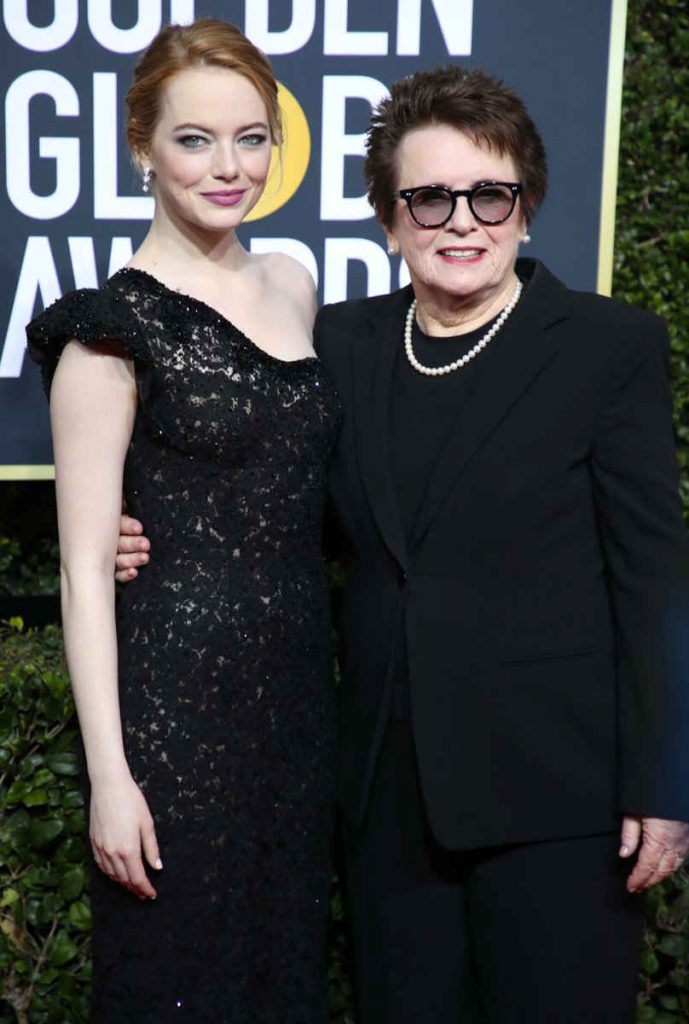 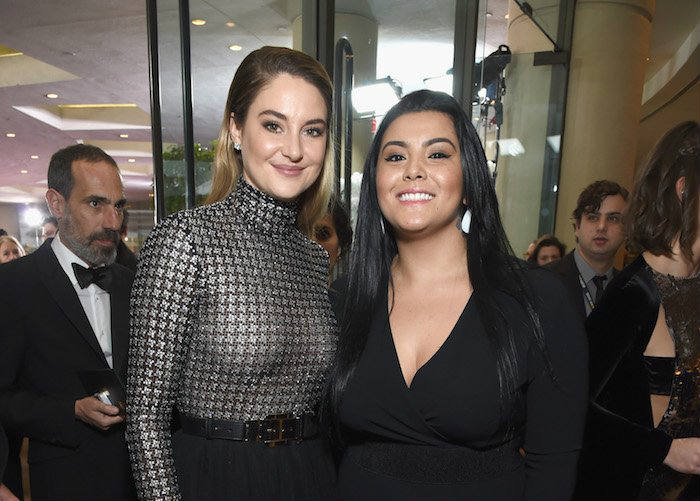 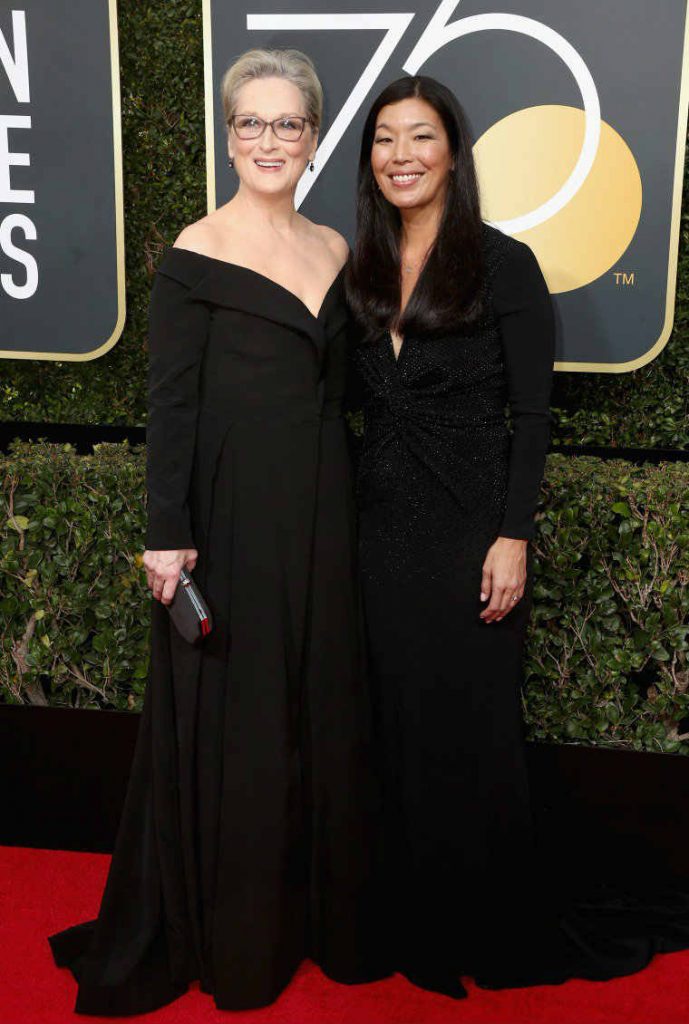 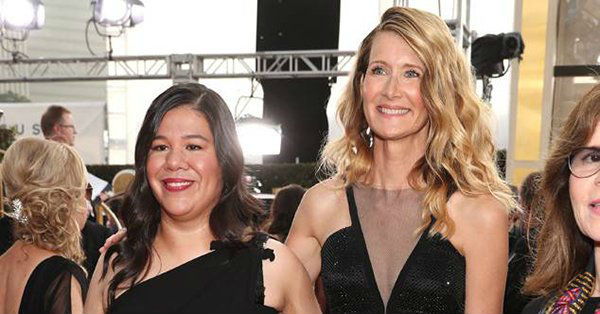 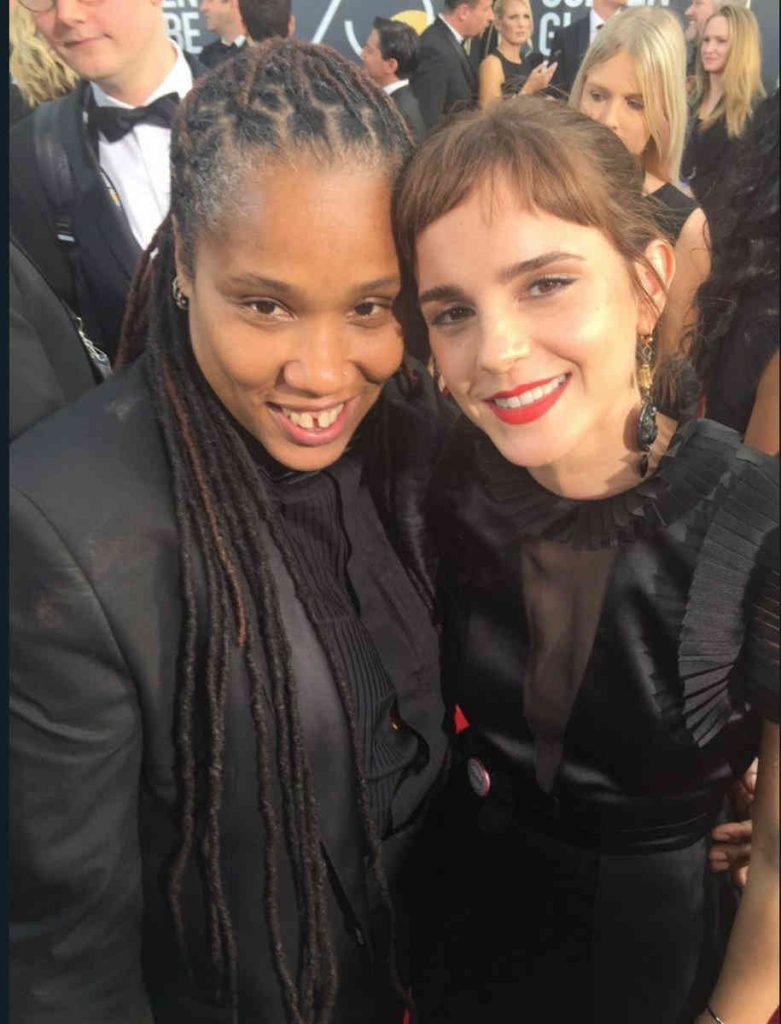 Also read: Why did the Golden Globes honour a movie on “the worst film ever”

It is 2018. Marijuana is finally allowed and sexual harassment is finally isn’t.

It’s the 75th Anniversary of the #GoldenGlobes. Here’s our host… @sethmeyers! #Globes75 pic.twitter.com/PGdlp8zs4u

James Franco became the first actor to read his acceptance speech from *wait for it* his mobile. As he won the best actor award for his role in The Disaster Artist, he invited Tommy Wiseau, the man who inspired his character, and mimicked him.

Oh, hai! It took a while, but @TommyWiseau just made it on the stage at the #GoldenGlobes as James Franco accepts his award for Best Performance by an Actor in a Motion Picture – Musical or Comedy. pic.twitter.com/9ticZ4cHVb

Hugh Jackman’s face upon seeing he lost Best Actor for his circus musical to James Franco imitating Tommy Wiseau is my new favorite reaction image to everything ever.#GoldenGlobes pic.twitter.com/f5zH4Rgky4

Hugh Jackman looking confused at the Golden Globes is the best things to happen in 2018 so far pic.twitter.com/6cj5jHoycY

For her role in Three Billboards Outside Ebbing, Missouri, Frances McDormand won her first Golden Globe award. In her rousing speech, she spoke about a tectonic shift  and said:

As Natalie Portman came on stage to give an award for best director, she pointed out only males were nominated. Despite the fact that 2017 had brilliant movies like Lady Bird, Wonder Woman and Mudbound, directed by Greta Gerwig, Patty Jenkin and Dee Rees respectively.

Natalie Portman calling out the all-male nominees in the best director category is extremely a 2018 mood. #GoldenGlobes pic.twitter.com/Q2L7ieDBjm

Also read: Golden Globes 2018: The winner list proves that it was the year of the woman in Hollywood

On seeing Meryl Streep at the Golden Globes. Clarkson could not contain her excitement, and we can totally understand.

Sterling K. Brown became the first African-American to win a Golden Globe for best actor for his stupendous performance as Randall in This Is Us.

Debra Messing became everyone’s favourite when she spoke against E! channel’s practice of denying equal pay to women anchors, as she was being interviewed by a reporter of E!

I would love for her to do the same when interviewed on the NBC red carpet: tackle the pay disparity for Today Show anchors @SavannahGuthrie & @HodaKotb in comparison to what Matt Lauer got.