Baba Yaga (‘boogeyman’ in Russian) is all set to return, and this time he has a horse. Makers of John Wick 3 released a few behind-the-scene stills from the film’s ongoing shoot, and one in particular caught the eye of the Internet.

The picture sees Keanu Reeves (playing the role of the super-assassin) riding a horse and pointing a gun at a motorcycle rider (possibly one of the bad guys?). The simple of idea of combining genres by bringing a horse (seen in cowboy films) against a speeding motorcycle (South Korean action films) is what many seem to be admiring about the picture. 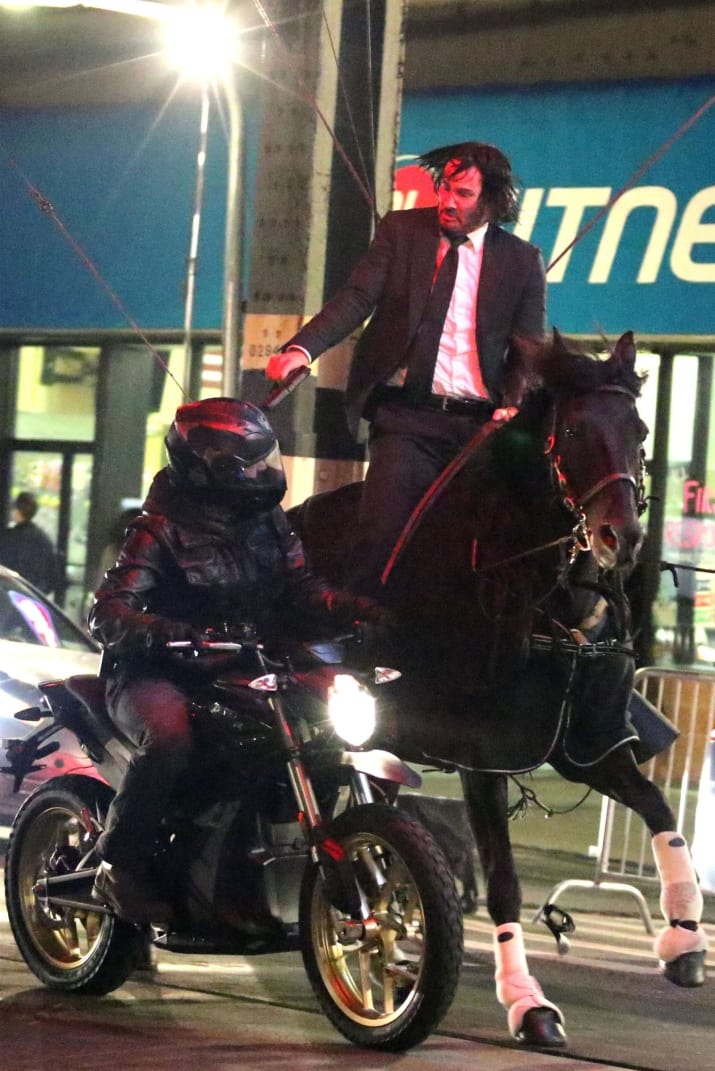 The franchise helmed by Chad Stahelski has built its whole reputation by showing extreme self-awareness, using popular genre tropes. And yet, they have also inverted the audience expectation at the right moment – keeping them hooked for the whole ride.

The John Wick films are a confluence of many genres including – Hong Kong action movies, martial arts movies, action adventures, and just the simple one-line story of an old-school ‘hero’ taking on the establishment.

Twitter is already losing its mind over the picture, with many testimonials already adjudging it the best film of the next year (based on this one still alone!)

No way @JohnWickMovie can out do the last one…

John Wick 3 is already the best movie of all time pic.twitter.com/y8YCA9GDGm

Just go ahead and hold my calls until John Wick 3. pic.twitter.com/RrrCK6Hd8v

For anyone that says John Wick 3 won’t be legendary.

JOHN WICK 3 is going to be the greatest movie of all time based on this image alone. pic.twitter.com/NuSkyGxI11

John Wick: Chapter 3 has your man riding horses and shooting men on motorcycles? I like this movie already! pic.twitter.com/4jGtWHUtFr