Akshay Kumar seems to be on a mission to make a difference in the society. After coming up with a mobile application called Bharat Ke Veer to support the families of our martyrs, he has now joined hands with Union Minister Suresh Prabhu to promote the Swachch Bharat campaign through his upcoming release Toilet: Ek Prem Katha.

Now, it may seem like a promotion gimmick, but it could not take away from Akshay Kumar’s intent of bettering our society. Apart from entertaining us by his big screen outings at least four times a year, Akshay is also making it a point to spread awareness about important social issues which we generally neglect.

In fact, Suresh Prabhu also seems to be highly impressed with the national award winning actor and said that he appreciates Akshay’s effort to spread awareness about Swachh Bharat through his forthcoming film. Not only this, he took to Twitter and shared a picture from his meeting with Bhumi Pednekar and Akshay Kumar. He wrote: ”Pleasure meeting @akshaykumar , fine actor, wonderful human being.Appreciate his efforts to spread awareness abt #SwachhBharat through cinema” 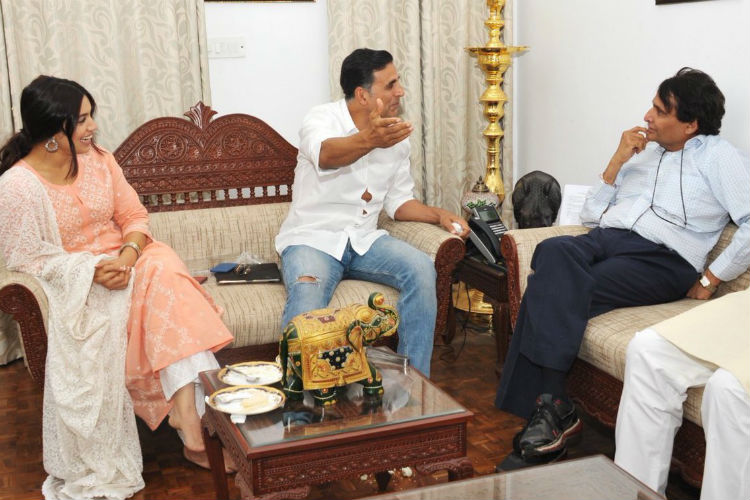 In response to which Akshay wrote: Thank you so much for your kind words and time, Sir. Looking forward to associating and making a difference #SwachchAzaadi”. Toilet -Ek Prem Katha delves on the need for toilets for sanitation in the country, and this message is conveyed via a love story. 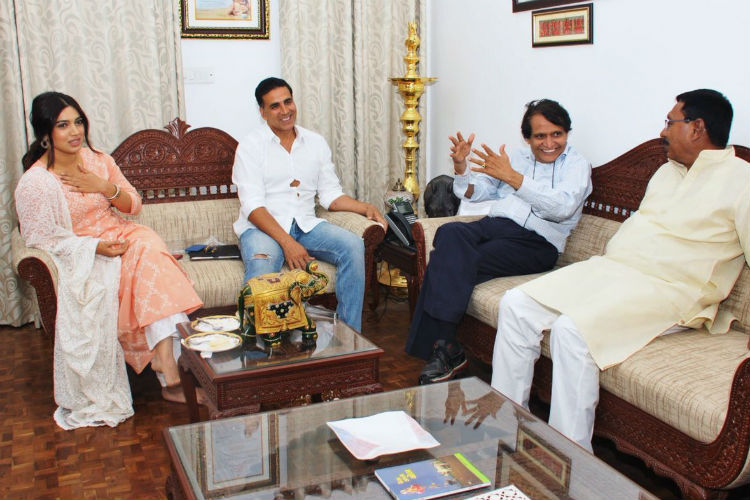 The film will be produced by Aruna Bhatia, Plan C Studios and Abundantia, and presented by Viacom18 Motion Pictures and KariArj Entertainment. It will be the first time that Akshay will be in the same frame with the Dum Laga Ke Haisha famed star Bhumi for a movie. Toilet -Ek Prem Katha will release on June 2 this year.