This hard hitting piece of poetry penned by Sahir Ludhianvi and used in Guru Dutt’s Pyasaa, is as much relevant today as it was 60 years ago.

The apparent dig at the conscience keepers of the nation probably prompted Nehru government to ban the song on All India Radio.

In the galaxy of prominent Urdu poets, Sahir Ludhianvi remains one of the most revered names who weaved emotions into his words with an unparalleled intensity.

1) Making of Ludhianvi, the poet: 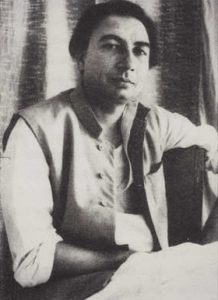 Born on March 8, 1921 to a family of Zamindars in Punjab’s Sekhewal village, Sahir did not have a rosy childhood after his mother (Sardar Begum) decided to leave her abusive husband following a marital dispute. She raised Ludhianvi on her own. Despite her meager means, she made sure that her sons’s education is not compromised. His early experiences with conflict and adversity made him express his angst through his nazms and shayaris.

2) An affair to remember: 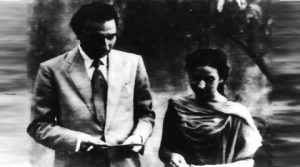 The secret love story of Sahir and great Punjabi Poet Amrita Pritam may soon be brought to life on screen. Sahir first met Amrita at a Mushaira in Preetnagar, a village between Amritsar and Lahore. Pritam was then married to Pritam Singh,an editor with whom she was betrothed since childhood.

“I do not know whether it was the magic of his words or his silent gaze, but I was captivated by him,’ writes Amrita of the moment.

At the time, Amrita was in Delhi while Sahir was in Lahore but they bridged all that distance through letters they wrote to each other.

“He would quietly smoke his cigarettes, putting out each after having finished only half of it. He would then light a new cigarette. After he would leave, the room would be full of his unfinished cigarettes . . .

I would keep these remaining cigarettes carefully in the cupboard after he left. I would only light them while sitting alone by myself. When I would hold one of these cigarettes between my fingers, I would feel as if I was touching his hands . . .”

Even Sahir, who remained unmarried all his life, had once told her mother” Wo Amrita Pritam thi Woh Aapki Bahu ban sakti thi ” (Amrita Pritam Could have been your daughter in law), Akshay Manwani, the author of Sahir said, as quoted by The Firstpost. 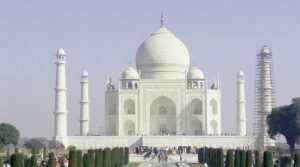 You may have listened to Shakil Badayuni’s celebrated song on Taj Mahal “Ek shahanshaah ne banavaa ke hasI.n taajamahal saarii duniyaa ko muhabbat kii nishaanii dii hai” for Dilip Kumar starrer Leader. However, Ludhianvi’s view on Taj Mahal as a symbol of love was different from his contemporaries. Sahir’s poetry dispelled the idea of true love mired by materialistic lust. He described Taj Mahal as an expensive advertisement by an indulgent emperor.

Sahir was an important poet of “progressive Movement” in Urdu literature, who used his poetic skills to awaken the masses against the social evils of poverty, feudalism and exploitation. Sahir’s first work Talkhian (1943), an anthology of Urdu Poems, earned him instant popularity.
Ludhianvi along with Kaifi Aami and Prem Dhawan, were known as the Socialist face of Hindi cinema. The same poet who penned “Ye Desh Hai Veer Jawanon ka” lamented the squandering of dreams that nation had seen on the dawn of freedom. In a poem titled Chhabees Janwary (26 January), Sahir expresses his disenchantment over how things unfolded after independence

In an era that spawned stalwarts like Shailendra, Majrooh Sultanpuri, Shakeel Badayuni, Hasrat Jaipuri, Sahir adapted to fastly-changing social scenario post independence and wrote songs that perfectly captured the mood of the situation. Be it the nonchalance of ” Main zindagi ka saath nibhata chala gaya” or the pervading gloom of ” Hum Bekhudi me Tumko Pukare“, Sahir explored the various hues of life through his poems.

It’s not merely a co-incidence that Sahir’s birth anniversary falls on the international women’s day.

These words are enough to describe how strongly he felt for the plight of woman.