The problem with Bollywood is that rarely does anyone say what they actually mean to, and it can be hard to read between the lines. So we decided to make your job easier, by playing translators for these Bollywood folk when they expressed their ‘joy’ and ‘jubilation’ about Salman’s release.

Here are 8 reactions, where we tried and interpreted what the actor/director actually meant – 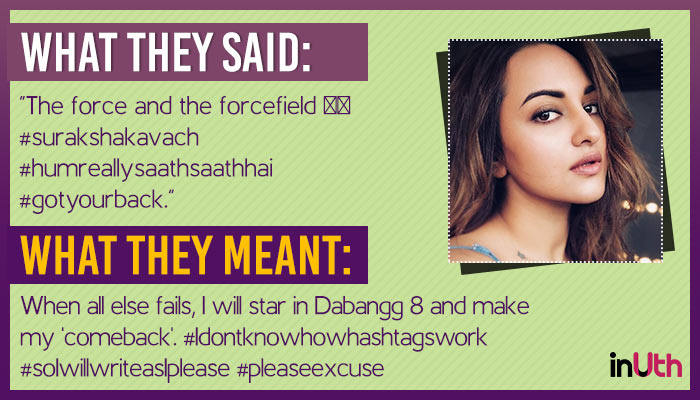 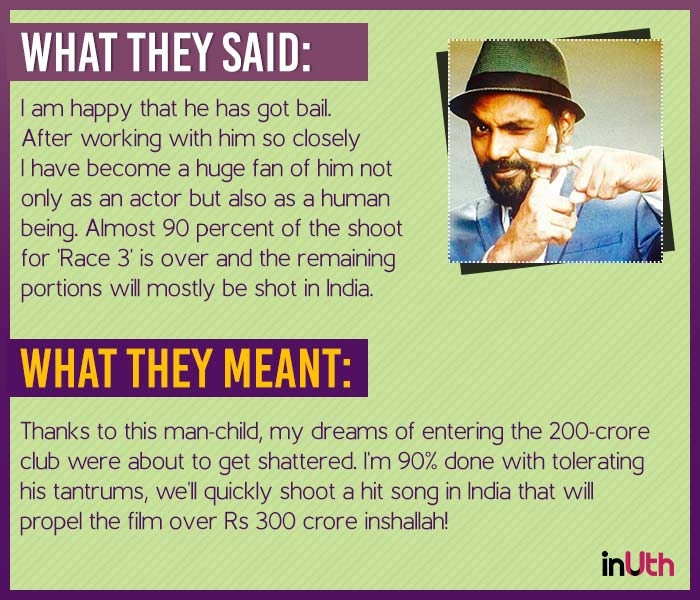 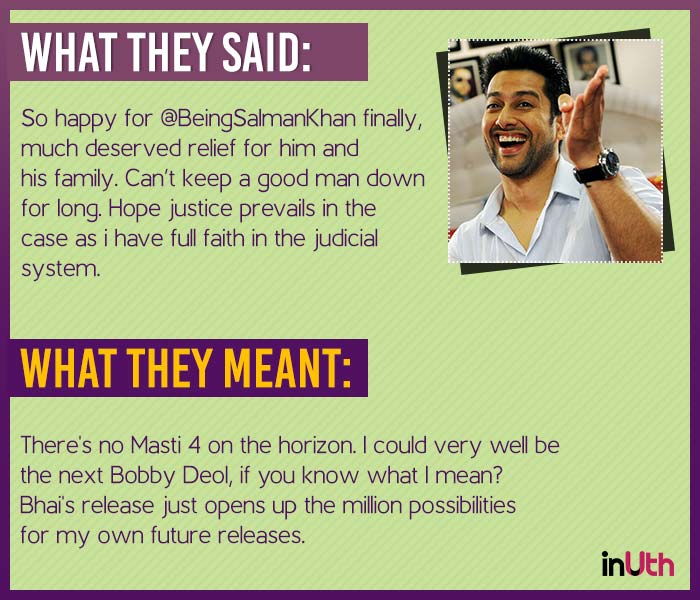 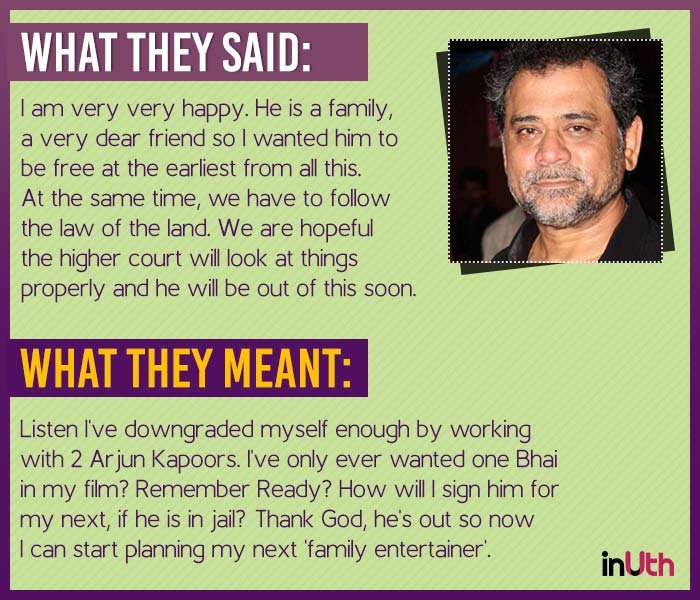 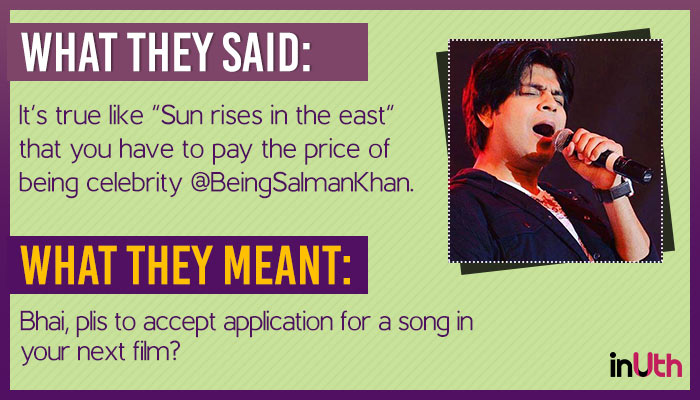 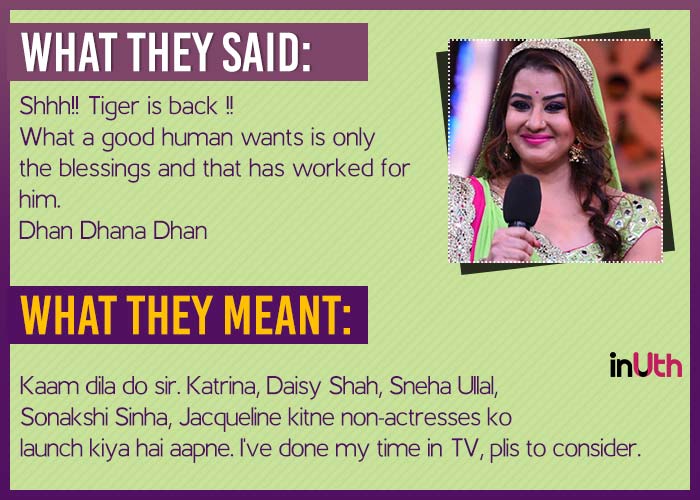 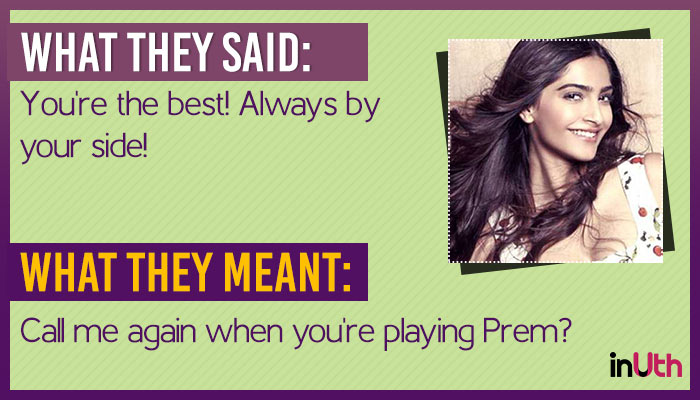 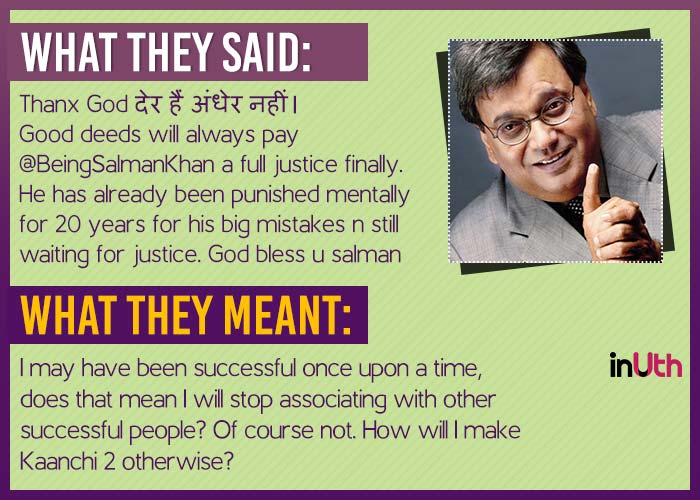 *Note: This article has been written by exercising some imagination, and we don’t intend to attribute these as ‘quotes’ for the above-mentioned celebrities. There’s obviously some truth to it, and that’s why they’re kinda’ funny. Before you bring your lawsuit, please google ‘joke’.