South Indian superstars have always inspired fandom that have, time and again, crossed the limits of decency. Anyone who has dared to suggest something in the vicinity of unpleasant about their matinee idols has been crucified on social media.

In August last year, we got an example of that when journalist Dhanya Rajendran was trolled, abused and threatened for criticising a movie starring Vijay from seven years ago.

Hollywood action-legend Tom Cruise shared the poster of his upcoming Mission Impossible: Fallout and these ‘fans’ found something to fight about in the comments section. 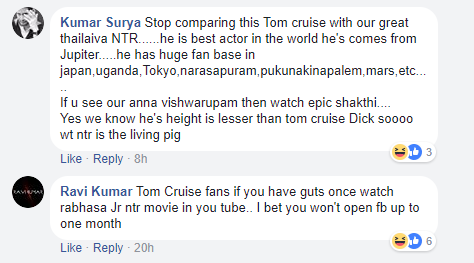 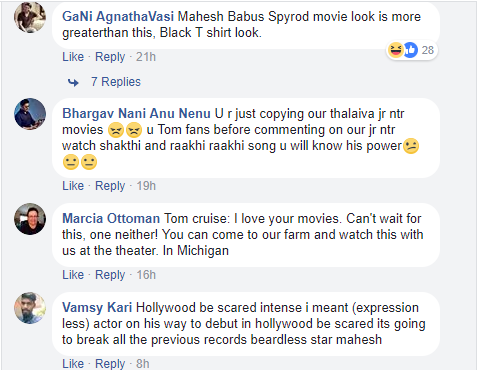 It seems to have begun with someone accusing Tom Cruise of not being able to do action, as good as Telugu movie star NTR Jr. 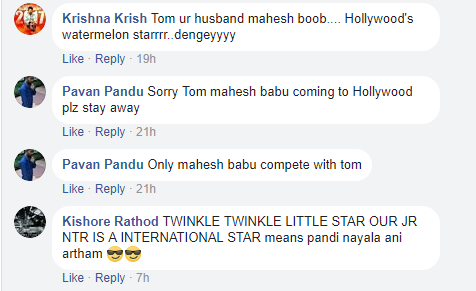 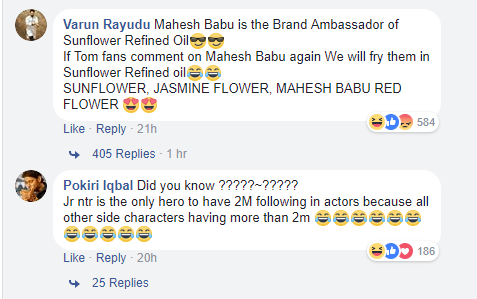 Given how infantile these guys are, someone from the ‘other group’ (i.e. Mahesh Babu’s legion of fans) started dissing NTR Jr. to uphold the ‘honour’ of their own superstar. 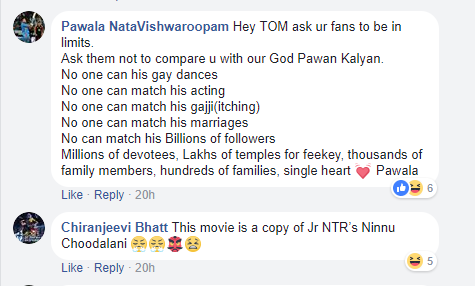 And it soon became a pissing contest, where both fan clubs insisted that ‘mine is bigger than yours’. 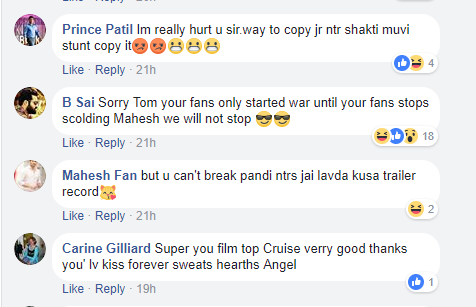 Some people tried to talk sense into the Telugu film buffs.

The spotlight soon shifted from Tom Cruise’s eagerly-anticipated sixth installment of Mission Impossible and we got to know how the Hollywood actor had been ‘inspired’ from Telugu action sequences.

Just so that you know , Mission Impossible: Fallout’s tentative release date is July 28 this year.